I went to Alaska with a bucket list of things I wanted to see or do.  One of the weirdest was to fly north of the Arctic Circle.  Yes, I know I can’t see the dotted lines in the snow.  They’re underneath it, right?

Back to the Airport!

On the penultimate day of our adventure, the tour bus ferried us to the airport.  Well, it was those who had chosen the optional Arctic Circle flight.  For days, our tour director stressed that we would be divided up by weight.  Imagine my dreams of being weighed before boarding!  Yikes!  Nothing so embarrassing happened.  If weight was a concern, it was submitted by the tour guide.  She did ask us for a rough guess; I added twenty pounds to mine.  I hope that covered all those restaurant meals!

On the runway and about to take off!

Three small planes headed north.  The above photo is my view from the back of the aircraft.

Squiggles on the landscape!

Our flight took about an hour and twenty minutes.   There wasn’t anything to do other than look out the window.  At first, I found the ground bewildering.  What were those zigzags and curleques?

It took a minute for me to realize the pattern was caused by flowing water.  Was that a creek?  A river?  It must be the latter, lined by pine trees.

About  30 minutes into the flight, the pilot announced that we were approaching the Yukon River.  Ah, I’ve heard of that one. 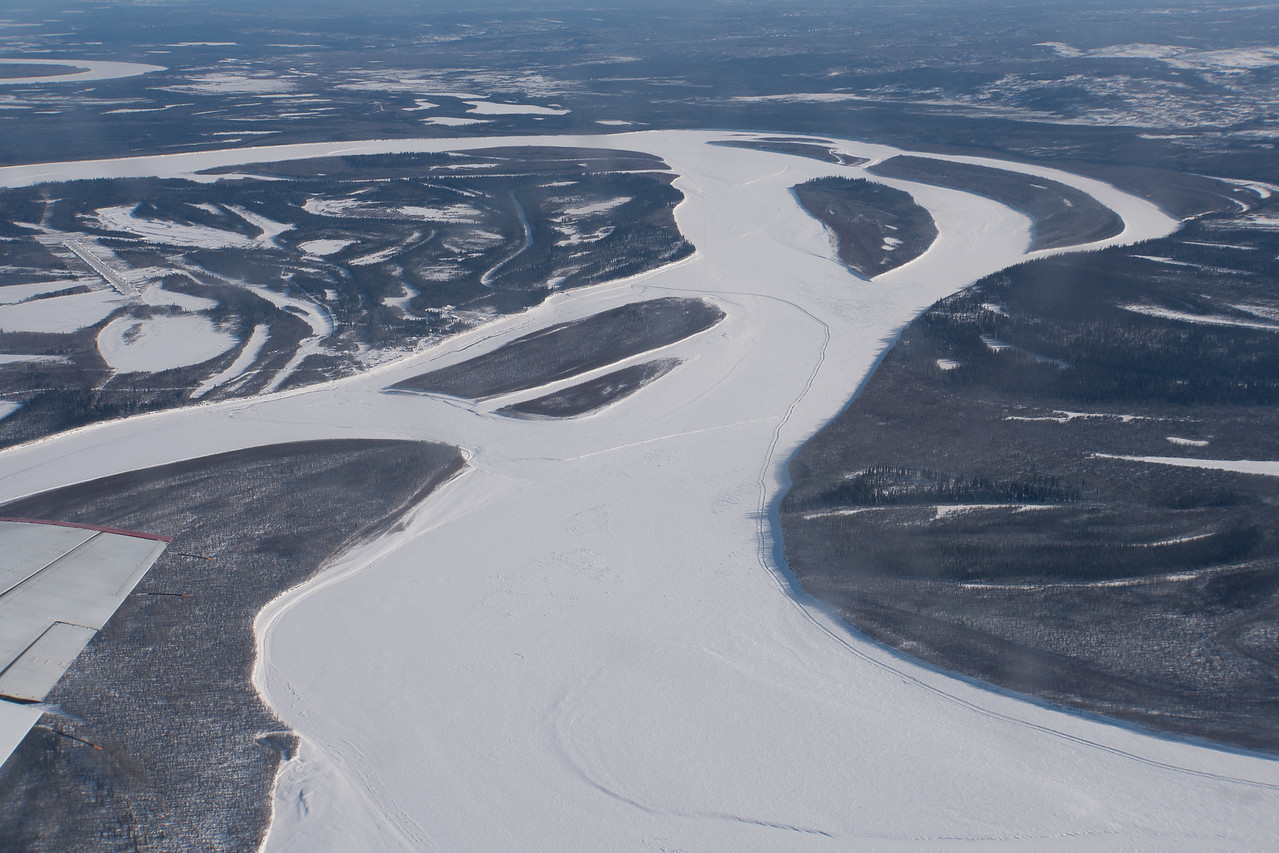 The Yukon River near Stevens Village.

Those earlier meanderings must have been creeks as The Yukon looked like the Mississippi by comparison.  On the left side of the image is the airstrip for planes such as ours.  Stevens Village is on the riverbank, near the center of the photo.

It was very sunny in Coldfoot, but don’t be fooled.  The temperature was 16F!  We had pre-ordered lunch at The truck stop, the only(?) restaurant in a town of about 30 people.  My daughter and I wanted a vegetarian option with an apple.  The sandwich turned out to be peanut butter and jelly.  Alas, the shipment of apples hadn’t yet arrived.

We did get a tour of the area and learned a little about Coldfoot’s history.    As with many settlements, Coldfoot came into existence when gold was discovered.  The boom was on, but when winter set in, most of the inhabitants left.  They got “cold feet” and abandoned the effort.  It was boom and bust over the next five years.  Coldfoot now survives as a truck stop for the big trucks driving the Dalton Highway. 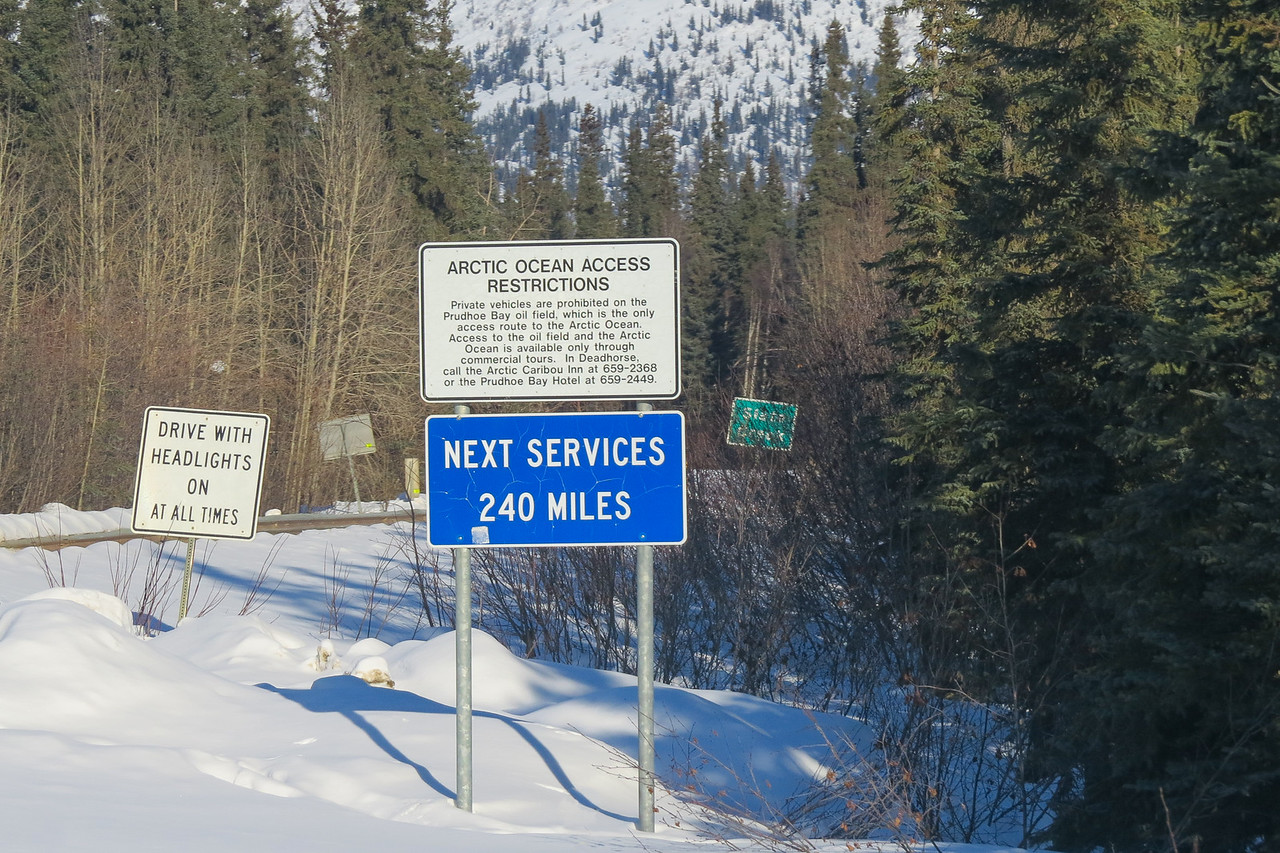 If one ignores the above warning, it’s a long way to the next gas station.  As my title image says, Coldfoot is the last saloon north of the Arctic Circle!  By the way, I think that green sign says “Slate Creek.”  That’s where the gold was found.

We had a short tour of the area and looked at the pipeline.  Obviously, it was above ground at this point.  Frankly, there isn’t a lot to see.  The forest surrounds the town.  The only other sign of civilization is the highway, and I’ve heard it’s often gravel and ice.  Don’t let that pavement fool you.   Coldfoot is also a  essential stop for those who wish to explore the nearby Arctic National Park.  Still, its primary function is the truck stop.