Why try to hide it?  My one goal on the Alaska trip was to finally see the Northern Lights.  I can’t keep count of how many times, when I lived in Michigan, I tried to catch a glimpse of the aurora borealis.  I never saw it.  Of course, that dream evaporated once I moved to Southern California.   I had my fingers crossed that March 2022 would be lucky for me.

If you read my Talkeetna story, you know that everyone in our group was eager to see the northern lights.  We stood out on the patio and watched the sky.  Was that it?  Alas,  whatever “it” was, it wasn’t the aurora. 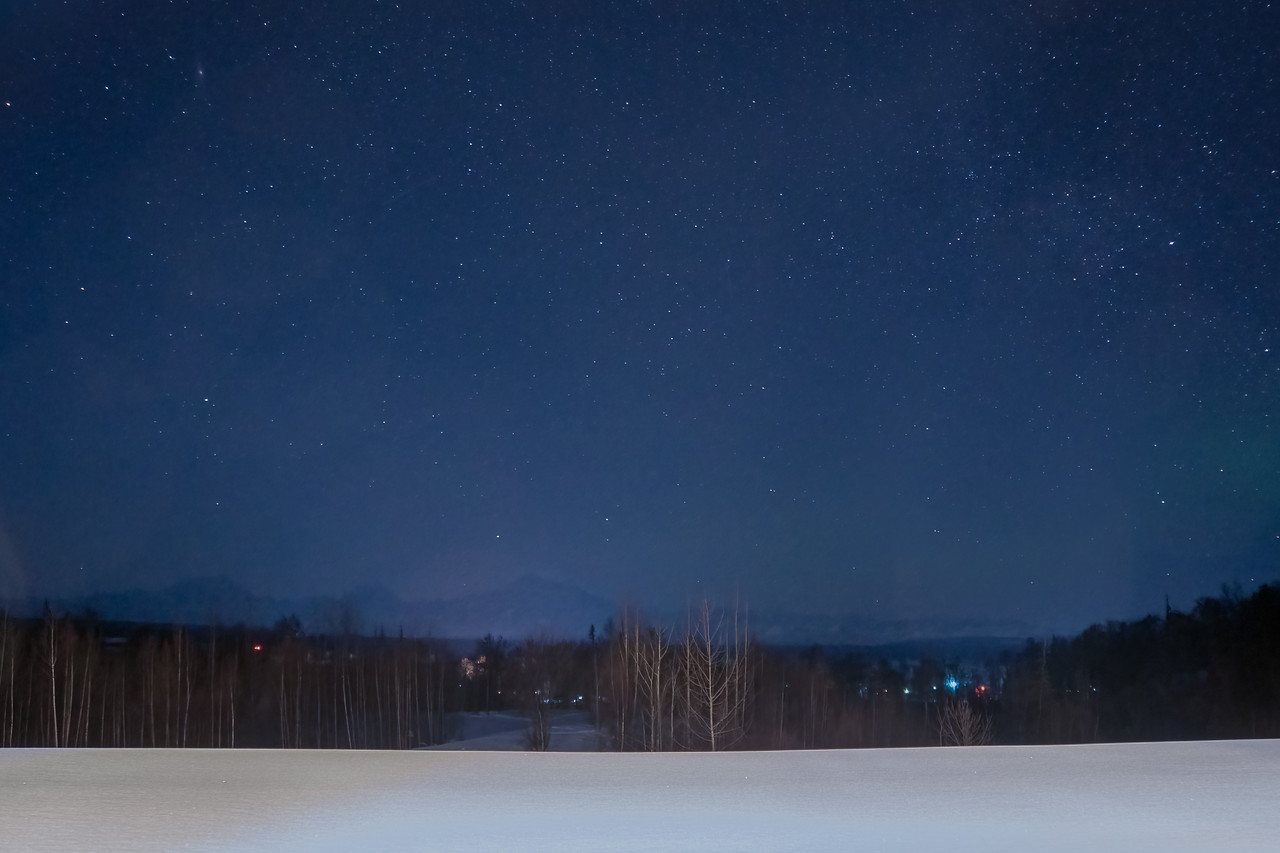 High hopes, but no aurora at the lodge in Talkeetna

Would all my attempts face similar results?  Thank goodness, I got a couple more tries in Fairbanks.!

Once in Fairbanks, we tried again.  The first night we went to Aurora Point, we spent a couple hours sitting inside enjoying the beverages and eating cookies.

Just waiting for the faintest glow… Photo by Halley Sanchez

Rats, it was another fizzle.  Fortunately, we had one more night.

On the last night of the tour, we loaded into the bus all those interested in staying up until the wee hours and went to Aurora Pointe again.  All the forecasts suggested that this would be an excellent evening to see the Northern Lights.

There wasn’t any doubt; that was the Aurora!  It dominated the sky.  I did my best to photograph it.  I had done some research ahead of time, but it wasn’t nearly enough.  I did have a tripod and a cable release.  Still, my fingers quickly froze from the cold.  How many times did I collect my gear and dash back indoors for a cup of coffee?

At first, the aurora was flashing over the forest.  Later, it was also overhead.  Next, it was ninety degrees to my left!  Gosh, where should I look?  How can I photograph everything?  It was so exciting!

Along the drive into Aurora Point.

I wasn’t sure if the full moon would wash out my shot.  It’s a bit fuzzy, but the aurora shows up.  What a fantastic climax to my Alaska adventure!

I was freezing and shivering in the night for hours, so I do have a few more images from my aurora borealis adventure.  To see them, please click here.