Once again, it’s time the FIDM Museum and Galleries to wow me with its 28th annual Art of Motion Picture Costume Design exhibit.  Having visited in previous years, I know I couldn’t miss the excitement.

I’ll begin with the dazzling Rocketman display.  One can’t miss it as it takes center stage in the first gallery, and it’s breathtaking! 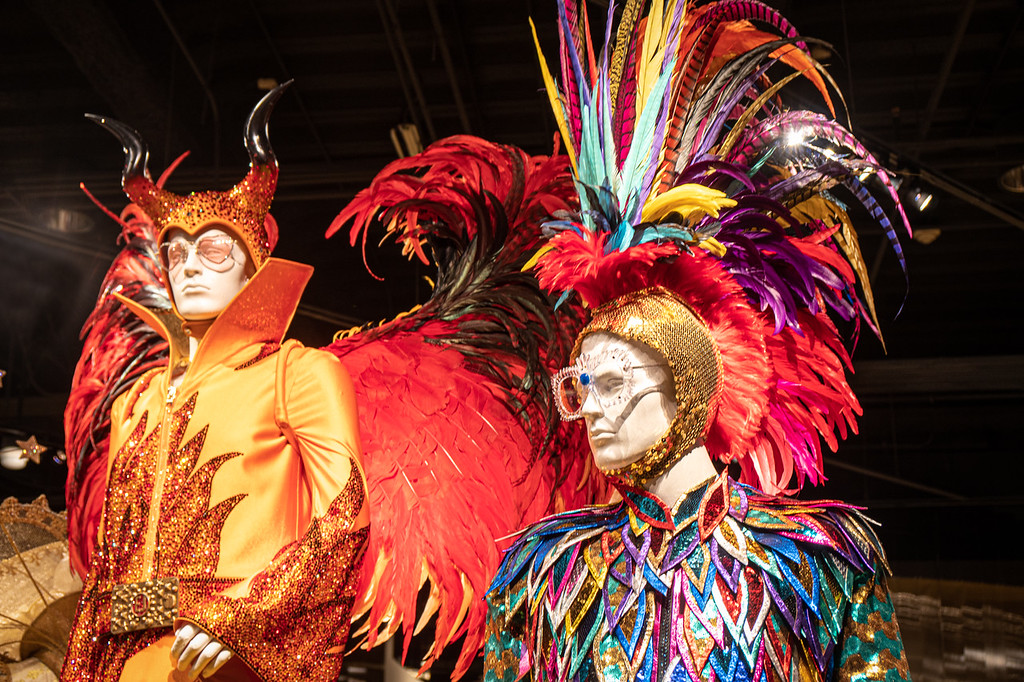 Color and texture abound in these Rocketman costumes.

Despite the sparkle and creativity that went into these creations, the academy didn’t nominate them for an award.  It’s hard to believe.  Most of the visitors were captivated by them.  I took lots of photos!

For those who didn’t watch the Oscars being awarded, I’ll showcase the costumes nominated.  Starting with the most colorful, I present Mark Bridges work for the movie, Joker. 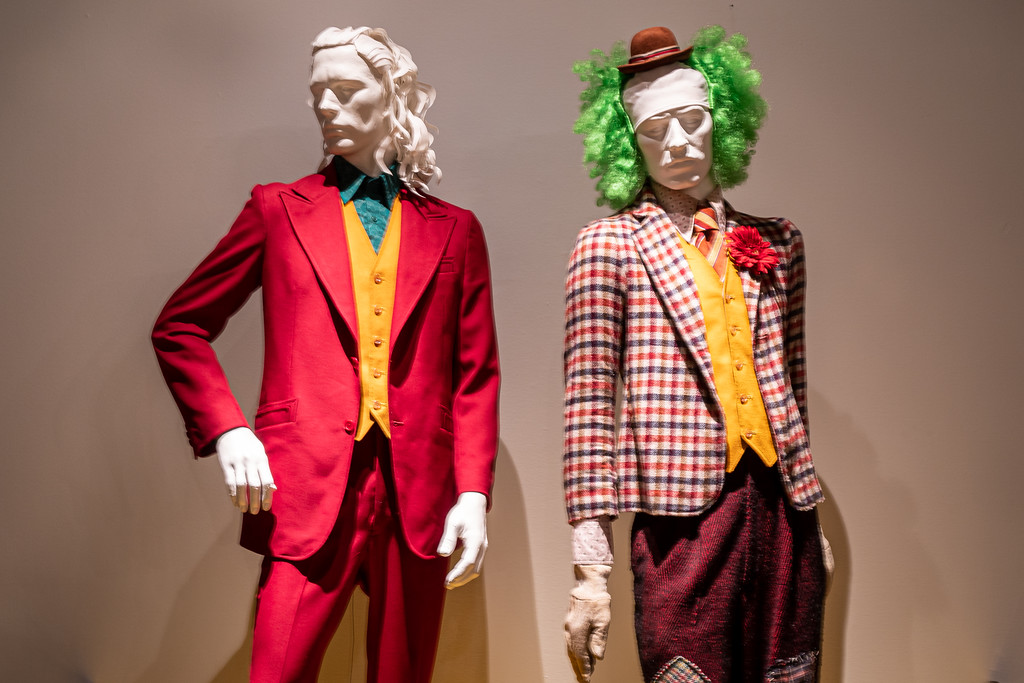 Costumes from the film, Joker.

The images from the next two films aren’t as colorful.  First up is the work of Sandy Powell.  I have featured her designs before.  The following outfits look so familiar.  Did I live through this period?

Sandy Powell’s costumes for The Irishman

I find the next entry somewhat similar, although the film wasn’t about the life of a gangster.  Once Upon a Time in Hollywood takes place at the end of the Golden Age of picture-making.  I think it’s set in 1969, a period I also lived through.  Perhaps these two films hit too close to home. 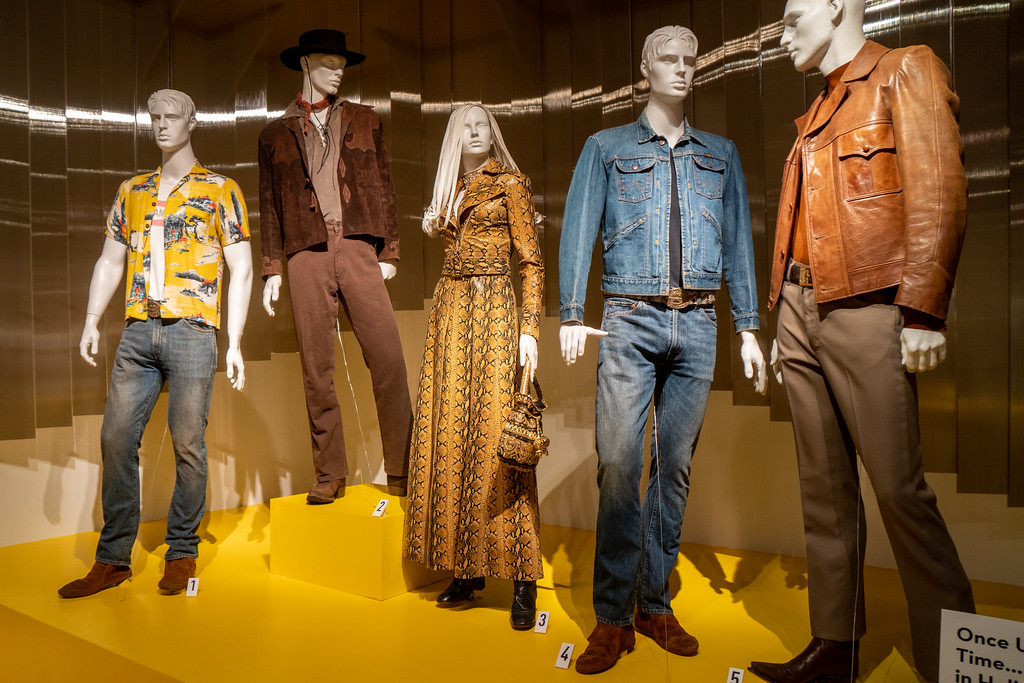 Costumes, designed by Arianne Phillips, for Once Upon a Time in Hollywood

The last two nominees are period pieces.  First up is Taika Waititi’s bold comedy/drama Jojo Rabbit.  (No, I don’t remember World War II!)  However, I did see this film. 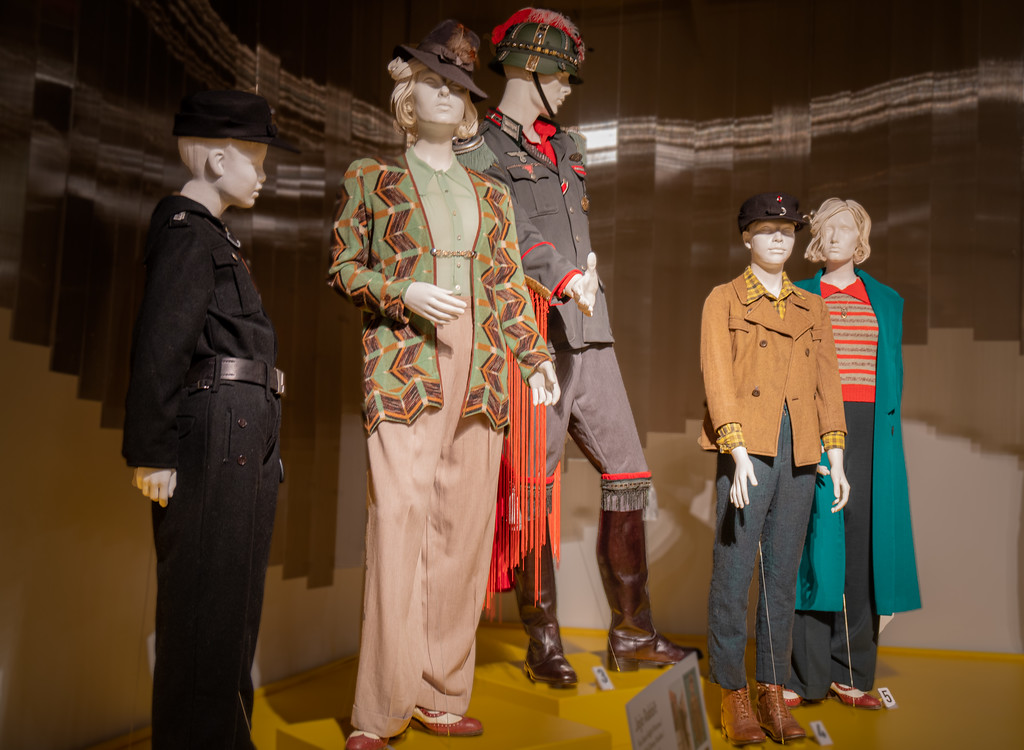 I thought the movie was brilliant, and the costumes play an integral part in depicting character development.

And now, for the Oscar winner, Little Women.  Jacqueline Durran was the costume designer on this film. 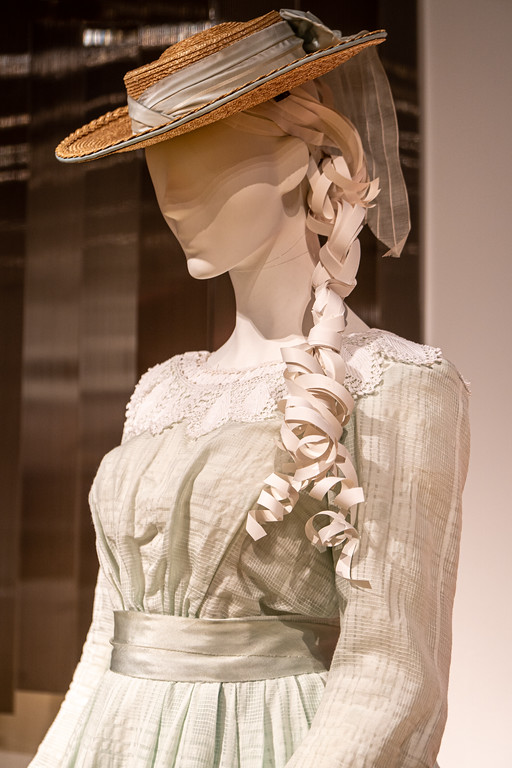 Close-up of a dress worn by Emma Watson, who played Meg March

It’s time you get to see some of the fabric and detail!

There are over a hundred costumes on display, and I photographed almost all of them.  Yet, I found one rather surprising. 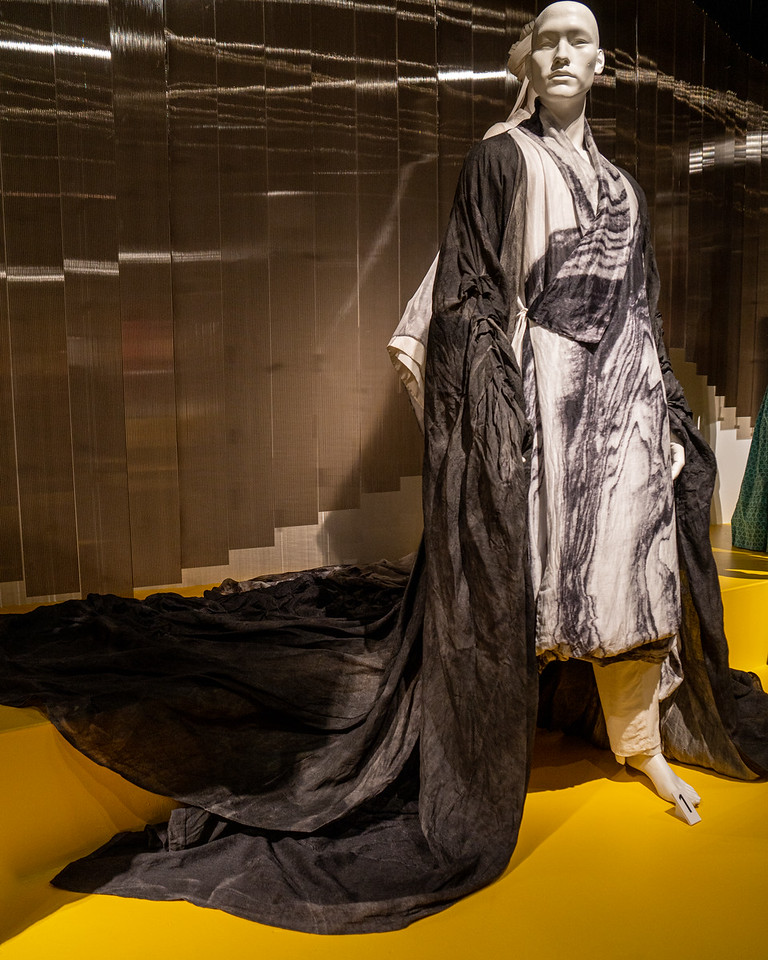 The above image doesn’t capture the full drape of that black, flowing robe.  These costumes, in black and white, are very compelling; be sure to see them if you visit.

The motion picture costume exhibit will be at the FIDM Museum through March 21, 2020.  Admission is free.  There is a parking lot under the building.  Obviously, photography is allowed, but no flash.  The exhibits are not behind glass.  Refections aren’t a problem!