In the first half of the 20th century, Universal Studios made a substantial number of creepy monster movies.  They are now classics, but when I first saw them on television, they were spooky.  Fortunately, one can demystify the terror by visiting the Natural History Museum of LA County, where science will explain all.

In 1938 a living coelacanth was discovered in the Indian Ocean.  Previously, the only examples were fossils.  Science must have been thrilled by this discovery, but the movie industry was inspired! 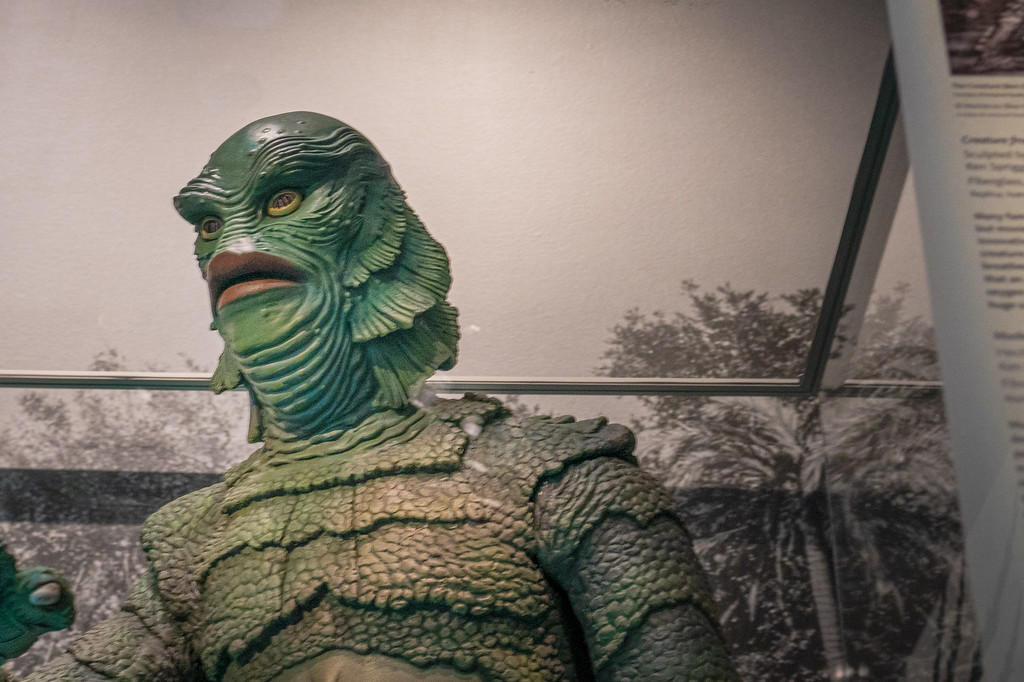 The coelacanth gave us The Creature from the Black Lagoon.

The movie was made in the 1950s.  According to the sign next to the piece, the actor wore it underwater without goggles or oxygen.  It’s hard work to be a monster.

A science-fiction/horror movie has to have a ghoulish laboratory.  Universal created one for Dr. Frankenstein. 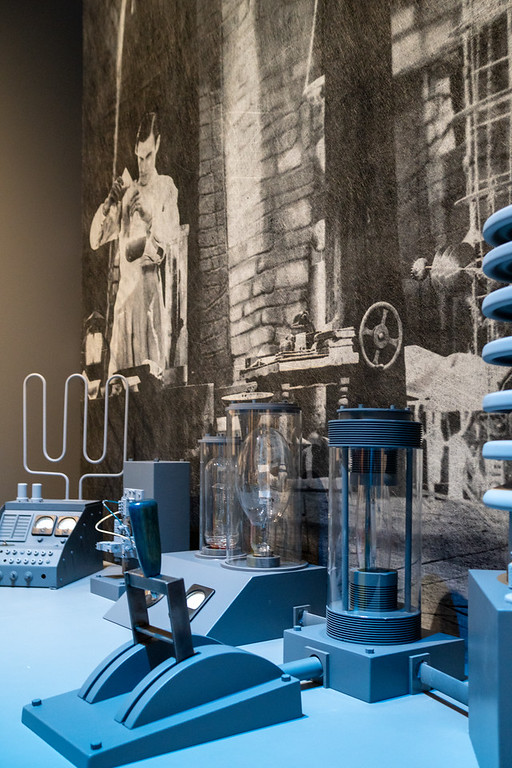 These instruments are hands-on for the visitor.  So, do your best to create a little lightning and breath life into the monster.

By far, the movies that frightened me the most were The Mummy and Dracula.  In the former, Boris Karloff’s mummy returns to life looking for his lost princess.  Considering he was buried alive a few thousands years earlier, he wasn’t pretty or pleasant.

Boris Karloff in The Mummy

The mummy story was a particular hit in 1932 when the film was released because the audience was mindful of Howard Carter’s excavation of Tutankhamen’s tomb in 1920.  It involved a deadly curse!

As for Bela Lugosi, be careful not to venture out after dark!  Oh, and stay away from bats!  1931 witnessed the release of Dracula, not the first but certainly a ground-breaker monster movie.

The exhibit offered several interactive props one could manipulate.  I made thunder by vibrating a sheet of metal.  With the help of a leather flapping device, I created the sound of bat wings.   The foley table was a great way to lessen the reality and make the films less terrifying.

The Science of Horror isn’t a large exhibit, but it’s fun.  It’s a great family excursion because of all the hands-on tables.  While visiting the dinosaurs and other delights of the museum, I hope you have time to visit this corner and check out the monster movies.

As always, to see more images from my visit, please click here.