Several weeks ago I visited the Reagan Presidential Library to see the fabulous exhibition featuring artifacts from the lost port of Thonis-Heraclion and the town of Canopus.  An earthquake and liquefaction doomed these cities around 1000 BCE.   Superseded in importance by Alexandria and abandoned by their residents, they disappeared by the mid-9th century CE.  Thanks to the European Institute of Underwater Archaeology, efforts to locate these lost cities began in earnest about twenty years ago.  The exhibit at the Reagan Library tells this story.

Osiris from the sea

One of the first things I discovered was this “mummiformed” statuette of Osiris.  It’s made of bronze and gold.  The eyes still have flecks of gold. 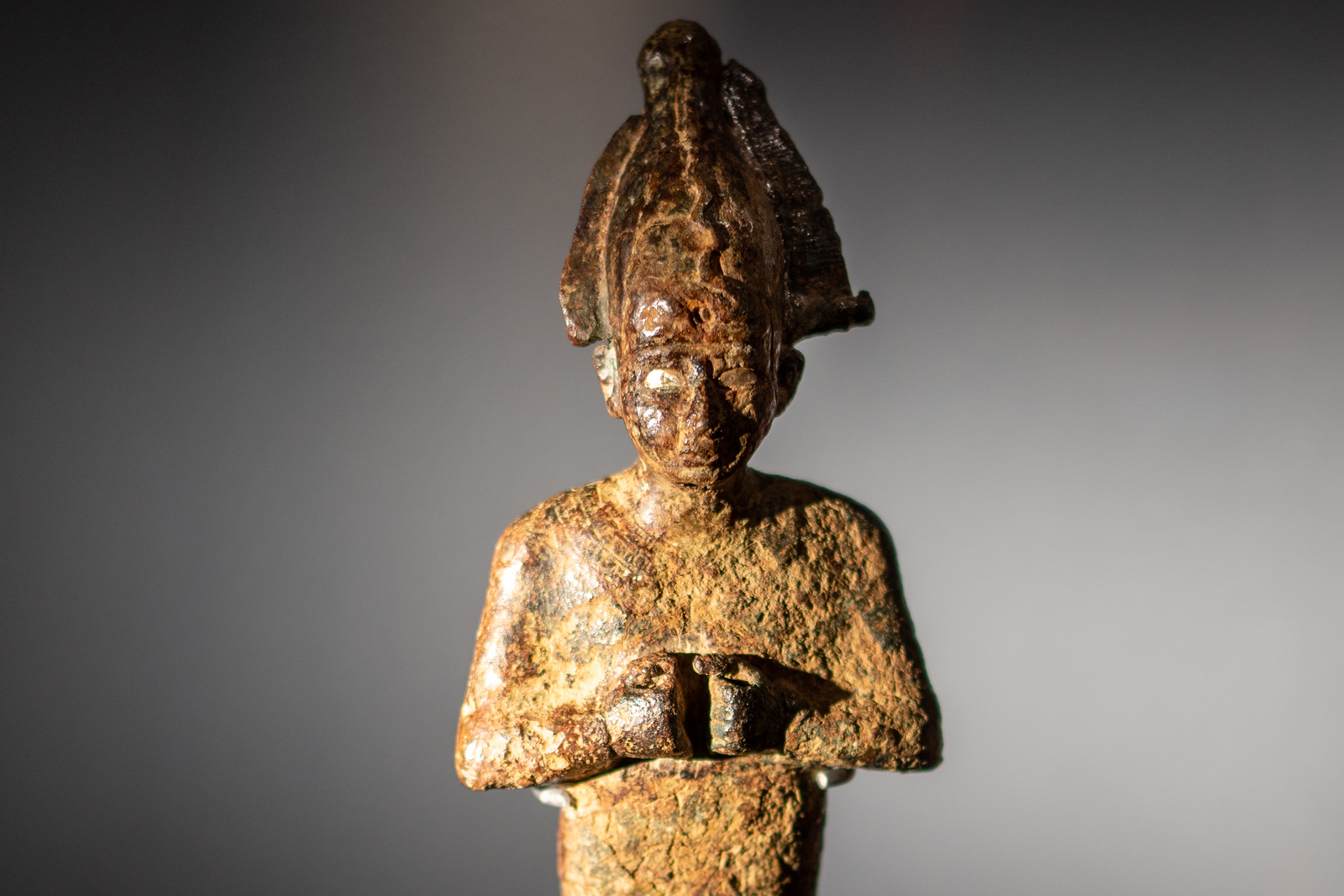 Osiris was a prominent figure in Egyptian theology.  He was the god of fertility and the god of the dead.  As such he pronounced judgment in the afterlife, an influential figure.  He was married to his sister Isis who brought him back to life after he was murdered by his brother.  It’s a complicated story.

Both Isis and Osiris are represented in the exhibit.

The following image is a detail of a stele, a large stone slab with a commemorative inscription.   Because this one was found upside down in the sea, the carvings are still sharp. 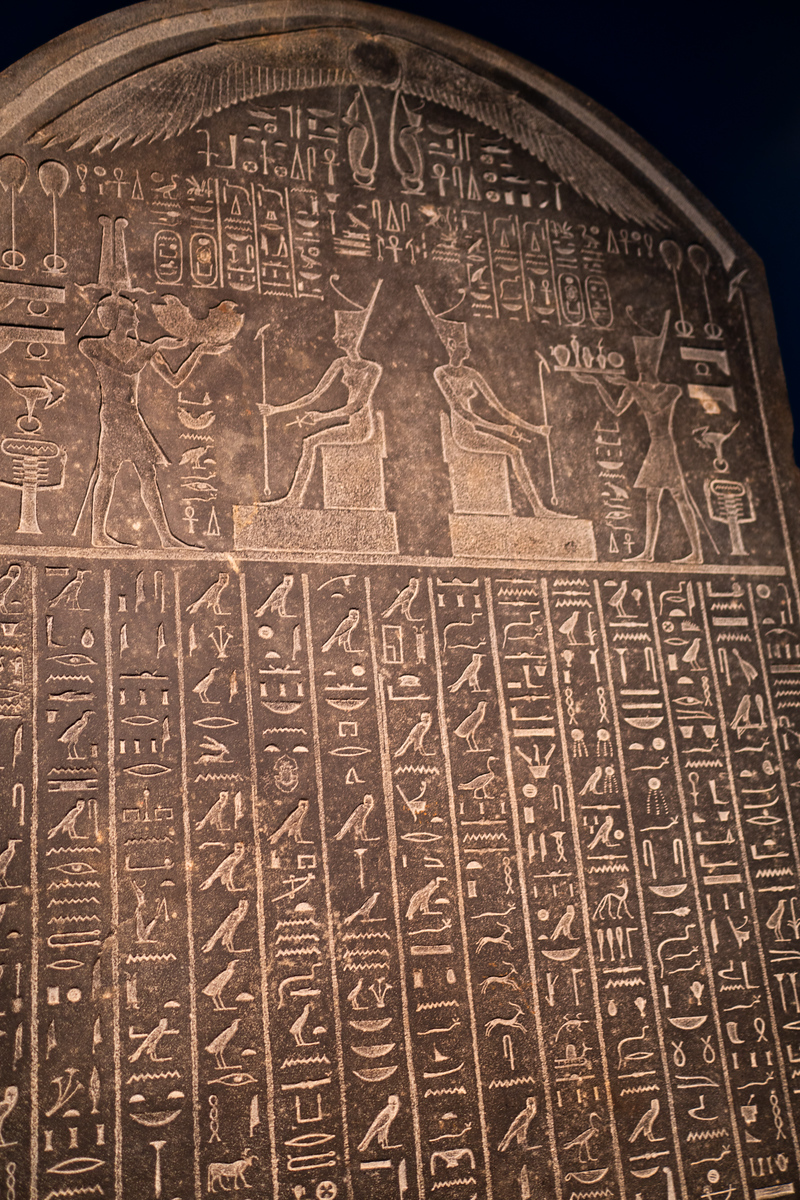 Detail of the Stele of Thonis-Heracleion

The piece is significant because it proves that Thonis and Heracleion are the same place.

The artifacts span centuries.  Some, like the Osiris statuette, are from an early period.  Others, like this gold ring engraved with Nike could date from the time of Cleopatra. 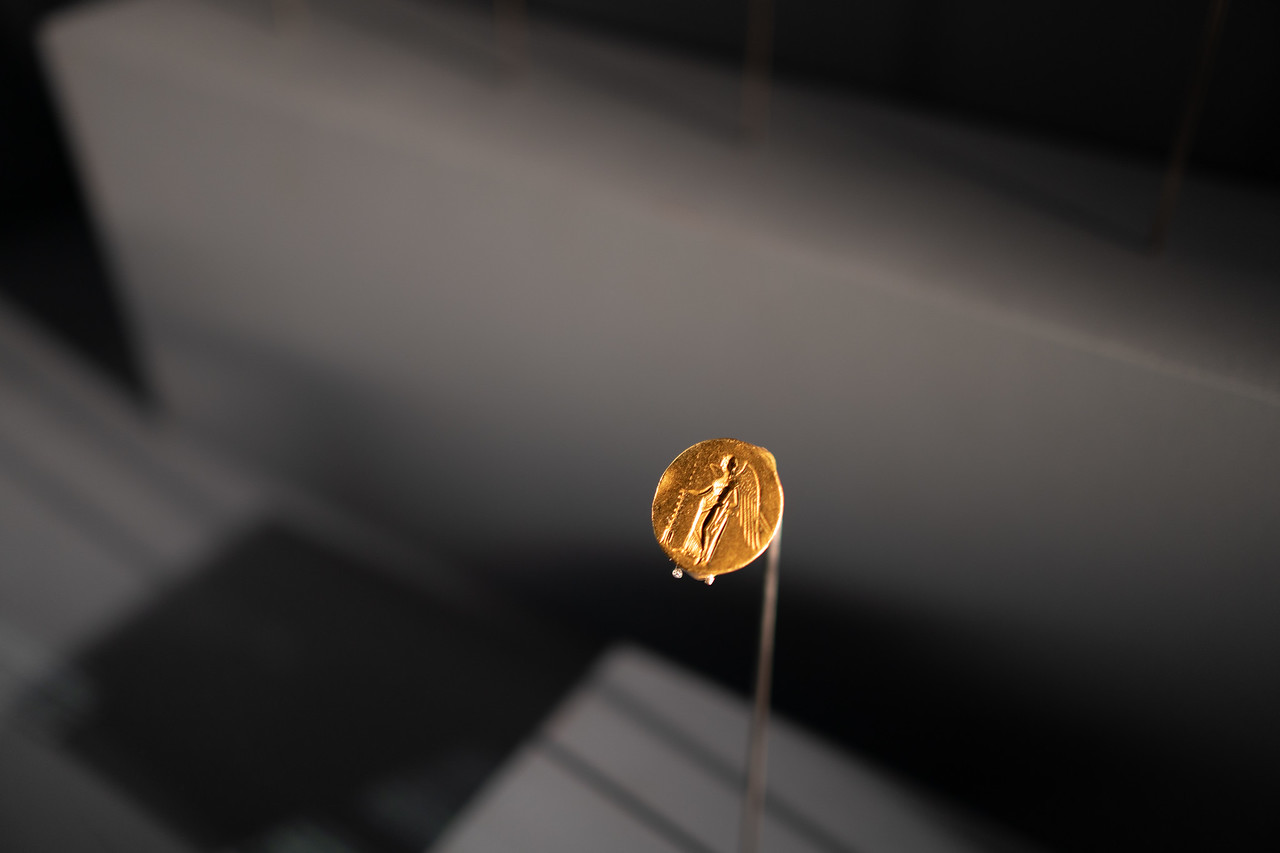 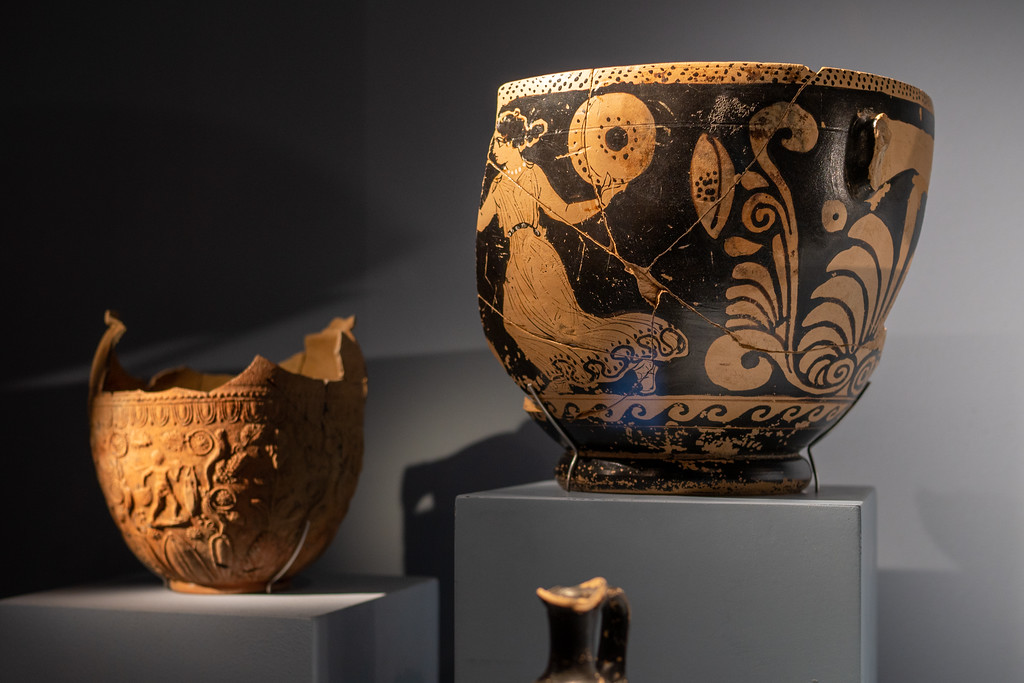 A red-figure pyxis showing a maenad holding a drum. Greek pottery from the late 5th to early 4th century BCE

The best piece is left for last.  The Reagan Library makes quite a show for it.  I rounded a corner and discovered this:

This piece caught the eye of every visitor!  She has the Isis knot in her shawl.  She also has what I think of as the kore or Egyptian stance.  That’s my opinion, so don’t quote it.  The rest of the piece looks Greek to me.  I think she’s beautiful.

For all the mystery that goes with ancient Egypt, this exhibit shows me just how much alike we are.  The lost cities were thriving ports.  Commerce was booming for centuries.  Wealth and trade involved the entire Mediterranean.  The styles changed, but business continued.  I enjoy visiting exhibits like this.  It reminds me to avoid the stress of present-day issues.  The current problems aren’t new.  Civilizations have dealt with such issues throughout the centuries.

To see more images from my visit, please click here.  I hope you get a chance to see these treasures in person.