For years I’ve heard about a unique building tucked away somewhere in downtown Los Angeles; it was time to find it!  I convinced my family to go with me on this quest to find the Bradbury Building.  I’m happy to report, it’s an easy walk from Civic Center subway station, and well worth the effort.

Los Angeles is a big, sprawling city with few skyscrapers.  These few are clustered mainly in the downtown area, as it was a century ago when the Bradbury Building was built.  By today’s standards, this is a small five-story structure with an unprepossessing entrance. 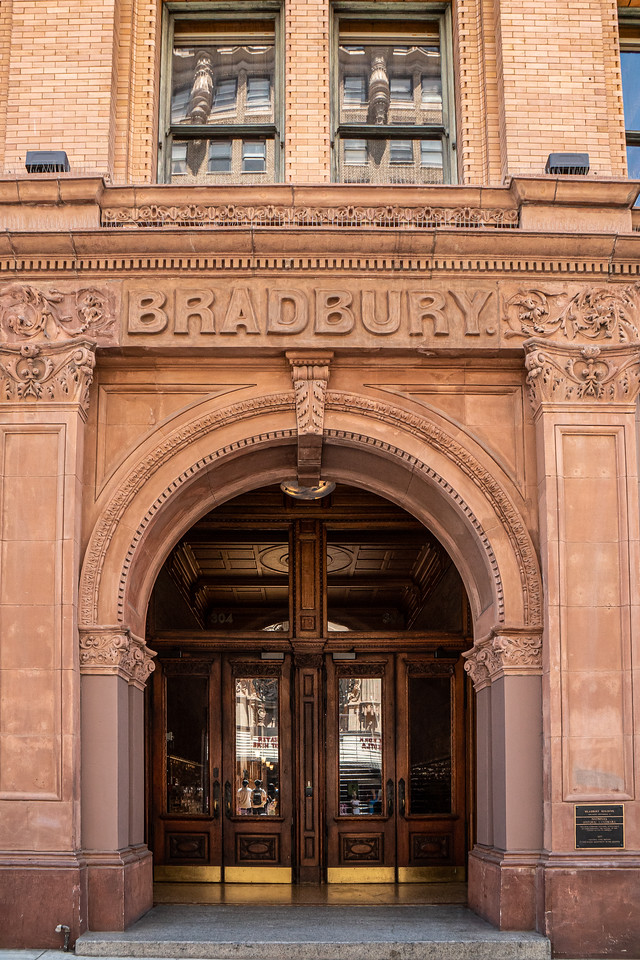 Entrance to the Bradbury Building

It’s on the corner of Broadway and W. 3rd Street.  Next door is a not-very-photogenic Subway restaurant.  I opted for a tight crop because I felt that time is squeezing in on this old structure.

Once I went through those doors, the magic happened.  The lobby isn’t large, but it’s impressive! 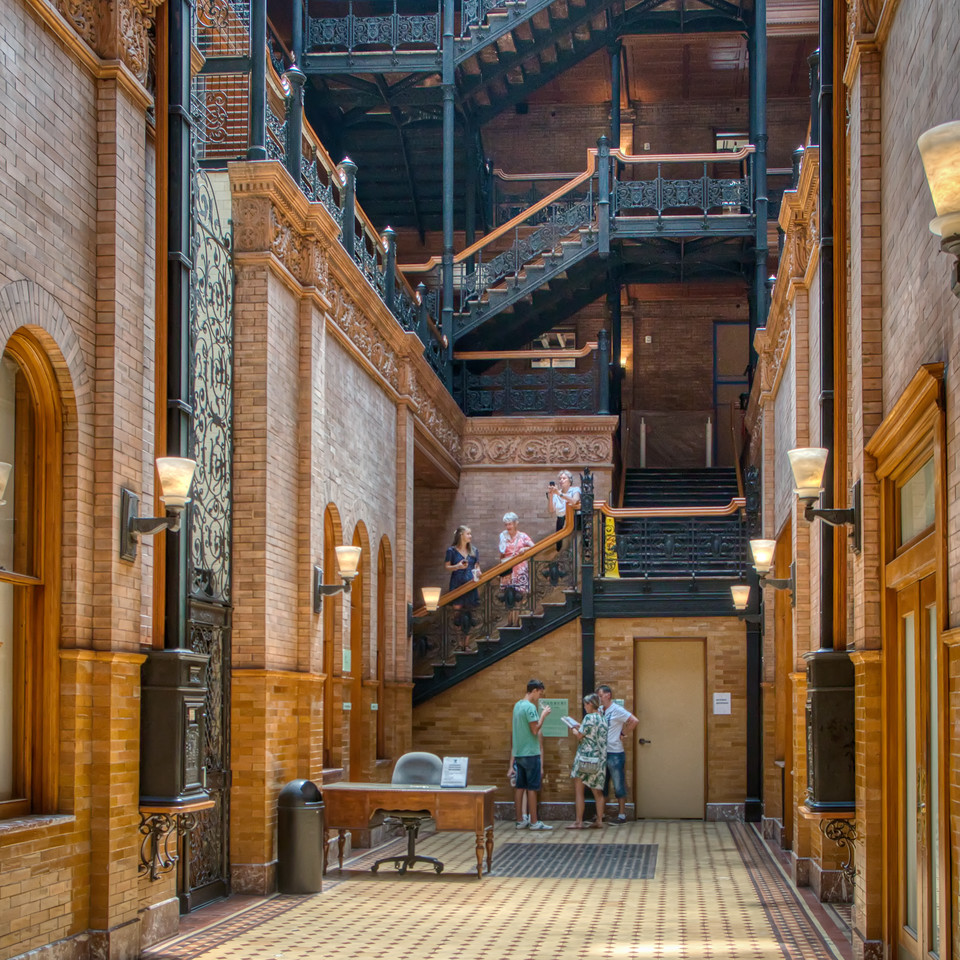 Lobby of the Bradbury Building

Yes, it’s narrow, and one is forced to look up.  Well, one can’t help but want to look everywhere; the brick is a rare treat.  The ironwork is magnificent!

Visitors are limited to the lobby and that stairway seen in the above photo.  The second floor and above are offices, still in use by tenants.  I climbed to the landing, not on it, but merely to it.  From there I could get this photo. 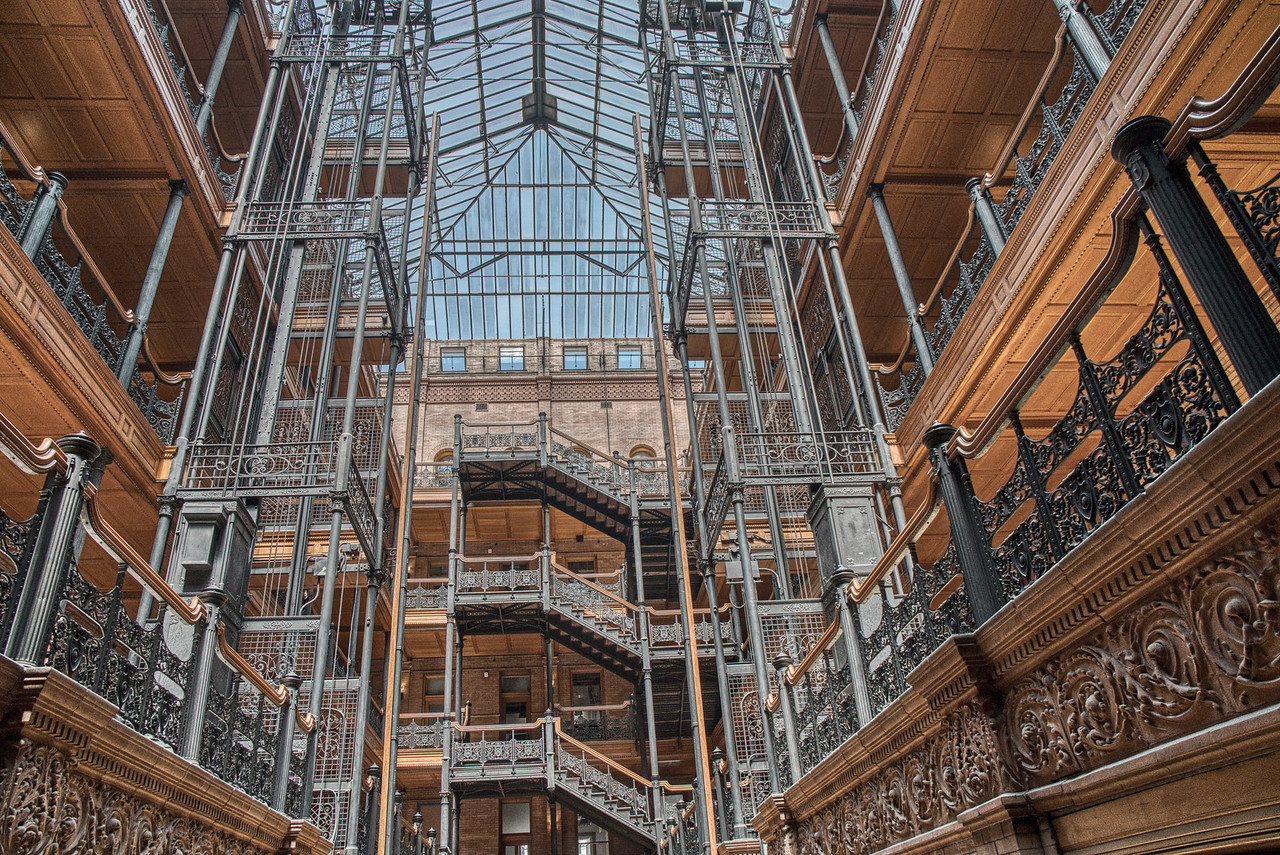 A view of the second floor and above.

The building needs that massive skylight.  The linear structure would be very dark without it.  My original image was full of shadows, so I resorted to HDR  to bring out the details.  I’m fascinated by the intricate ironwork.  I wanted to see it in my picture!

Visitors continued to come and go as I shot frame after frame. The details in the ironwork called to me. 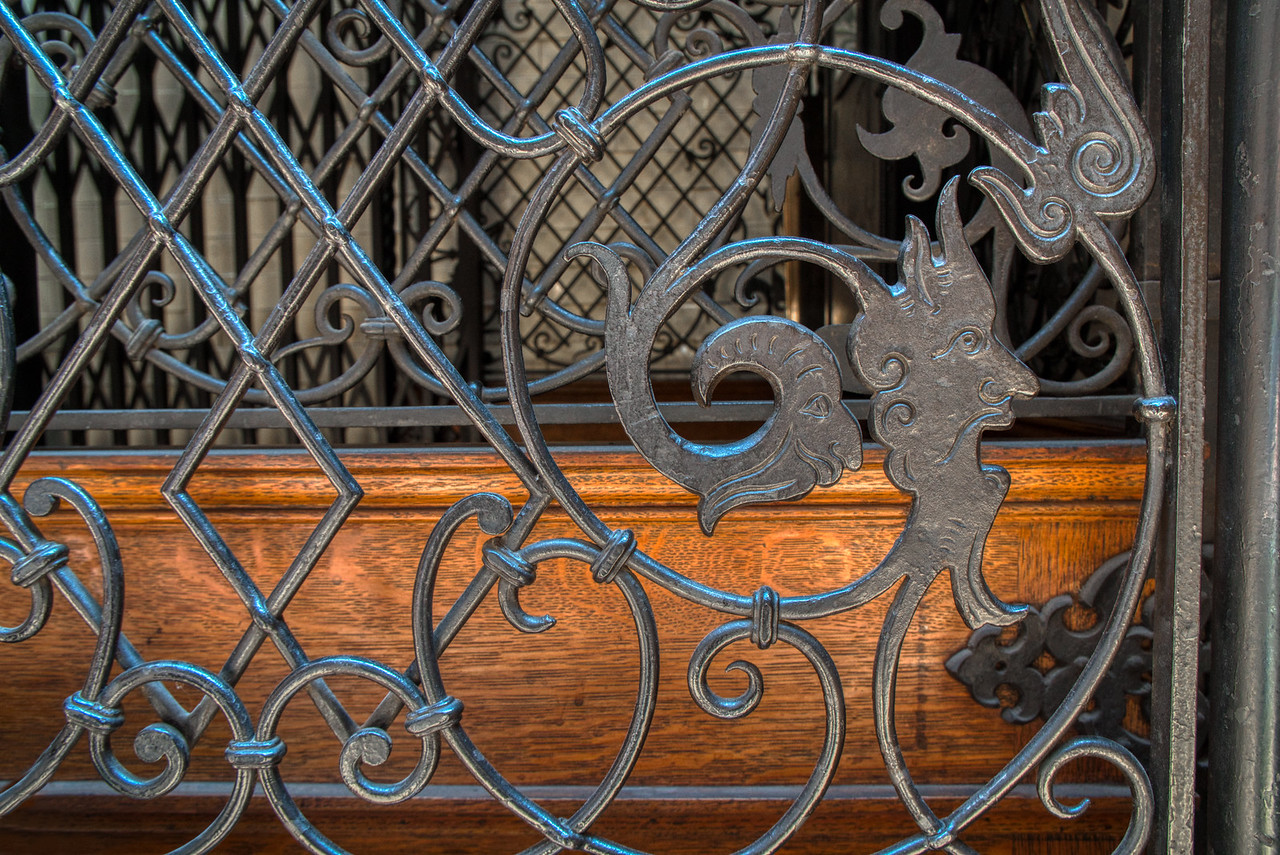 Detail of the elevator gate at the Bradbury Building

The builders could have made a simple iron gate, but that wouldn’t do for this building.  The wrought iron designs in the Bradbury are intricate curlicues.  Unlike elevators in modern buildings, those in the Bradbury are open, and one can look out at the lobby and passing floors.  Birdcage elevators are now a thing of the past, except for use in luxury homes.

Here’s one last image I took near the Broadway entrance. 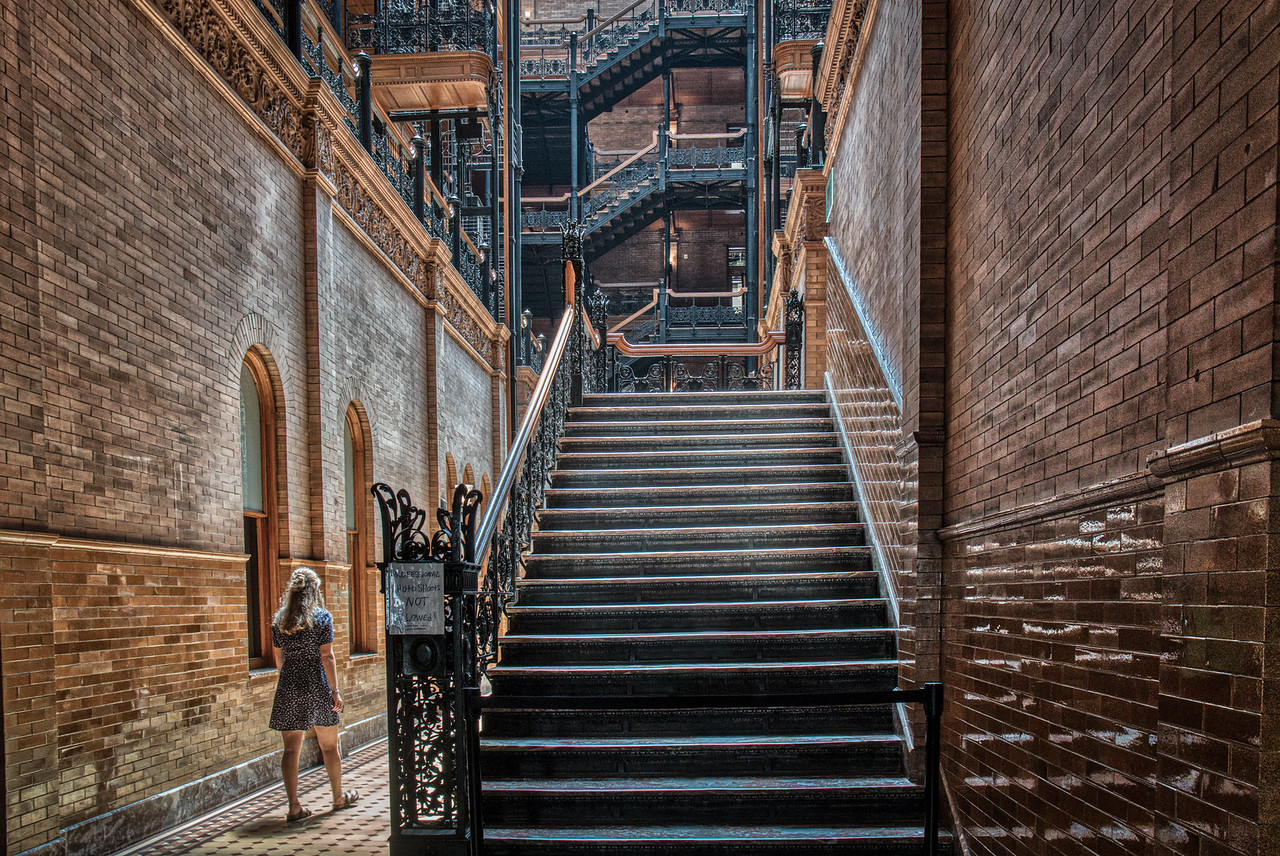 Stairs to the second floor, cordoned off to visitors.

Perhaps I’m an “Oh Golly!” sort of person, but I loved seeing the Bradbury Building.  If the sterile look of glass and steel bore you, I suggest you make a pilgrimage to downtown LA and visit this lovely victorian classic.