Being too lazy to drive myself, I took a weekend bus tour to western Arizona.  Seeing as I live in Southern California, this wasn’t a big excursion.  The plan was to see a few canyons, some red rocks, and get a feel for the state.  To my delight, one of our first stops was a state park, Fort Verde Historic Park  But wait!  It gets better.  The town was celebrating Fort Verde Days!

Before I get too far ahead of myself, let me say a few things about the park. Fort Verde was home to U. S. Army during the Apache Wars.  Yes, this means those familiar names such as Cochise, the Chiricahua, and Geronimo.  Already, the stage is set for a period of western romance, the stuff of childhood.  The park has four restored buildings furnished to look like the late 19th century.  The Apache Wars took place from roughly 1850 to 1890.

As soon as the bus stopped, I was off to see the buildings.  I confess I wanted to photograph them before everyone else arrived.  Shooting through glass is difficult and made worse when one’s fellow bus riders are seen standing behind one.  Being alone helps me step into the past. 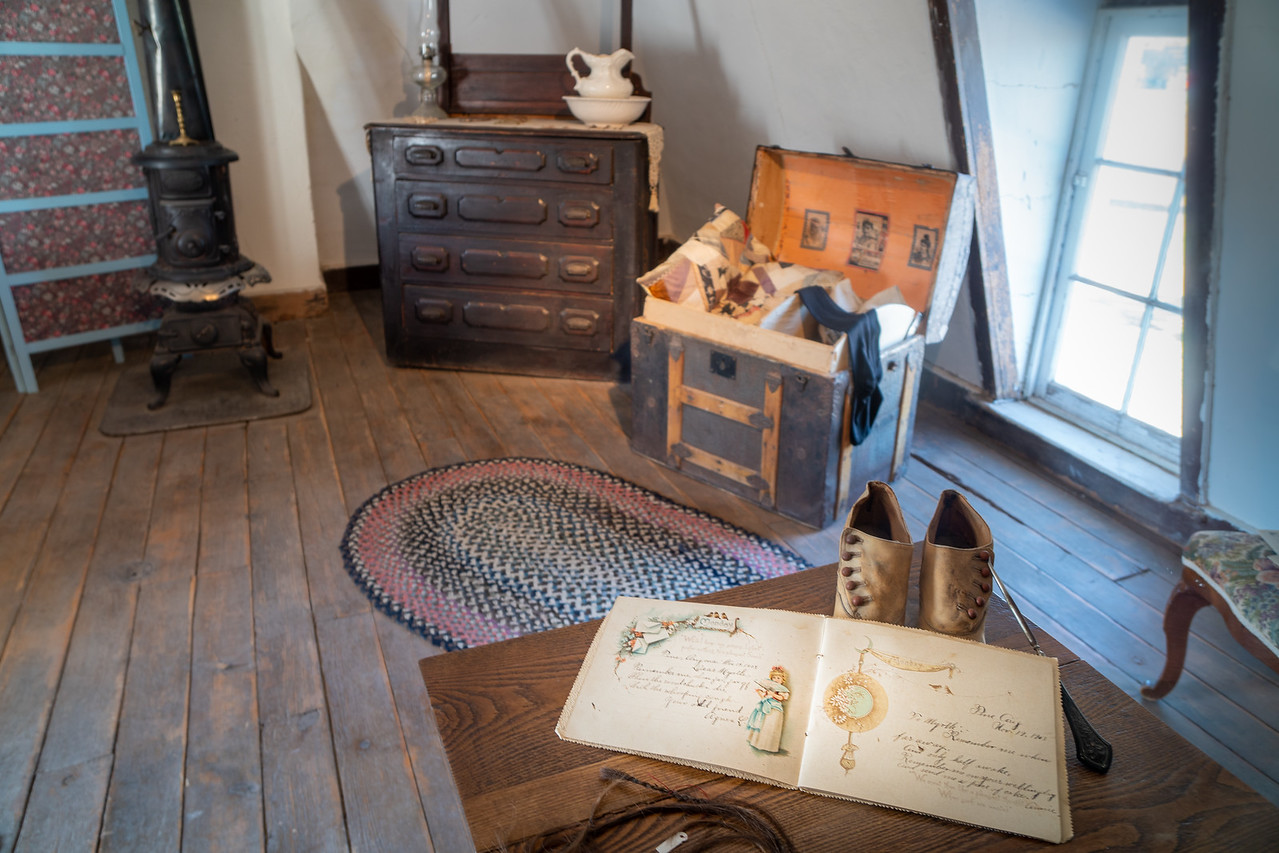 Upstairs in the Commanding Officers Quarters

I wish I knew more about the little book in the foreground.  Each entry is addressed to Myrtle, and the writer asks to be remembered.  Perhaps it’s merely set dressing.  As for style and comfort, I think the buildings served their purpose.  I realize just how spoiled I am living in the luxury of air conditioning and grocery stores.

From ghosts to men

Wandering from one ghostly room to another was interesting, but the morning became more exciting when I spotted the lone rider approaching Fort Verde. 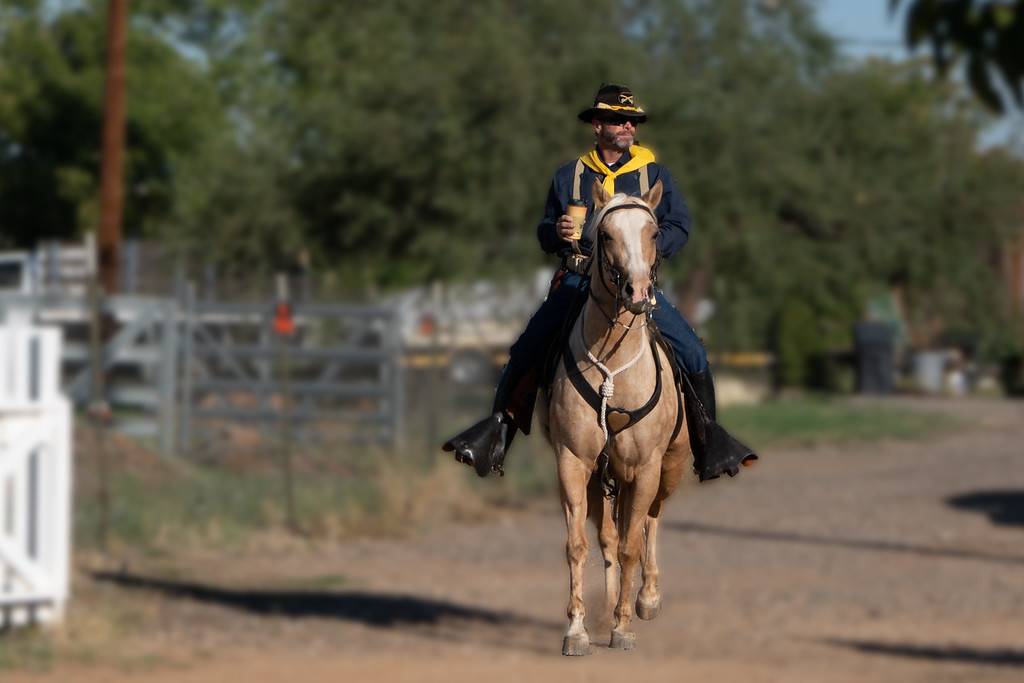 Well, the coffee cup may have broken the spell, but you get the idea.  I didn’t see any other horses, so this one received special attention.  She was a beauty.  As for my friend on horseback, he was a crowd-pleaser as well.  Everyone wanted to chat with him.  He had all the props: a good horse, a fine uniform, a great handgun, and a ready smile. 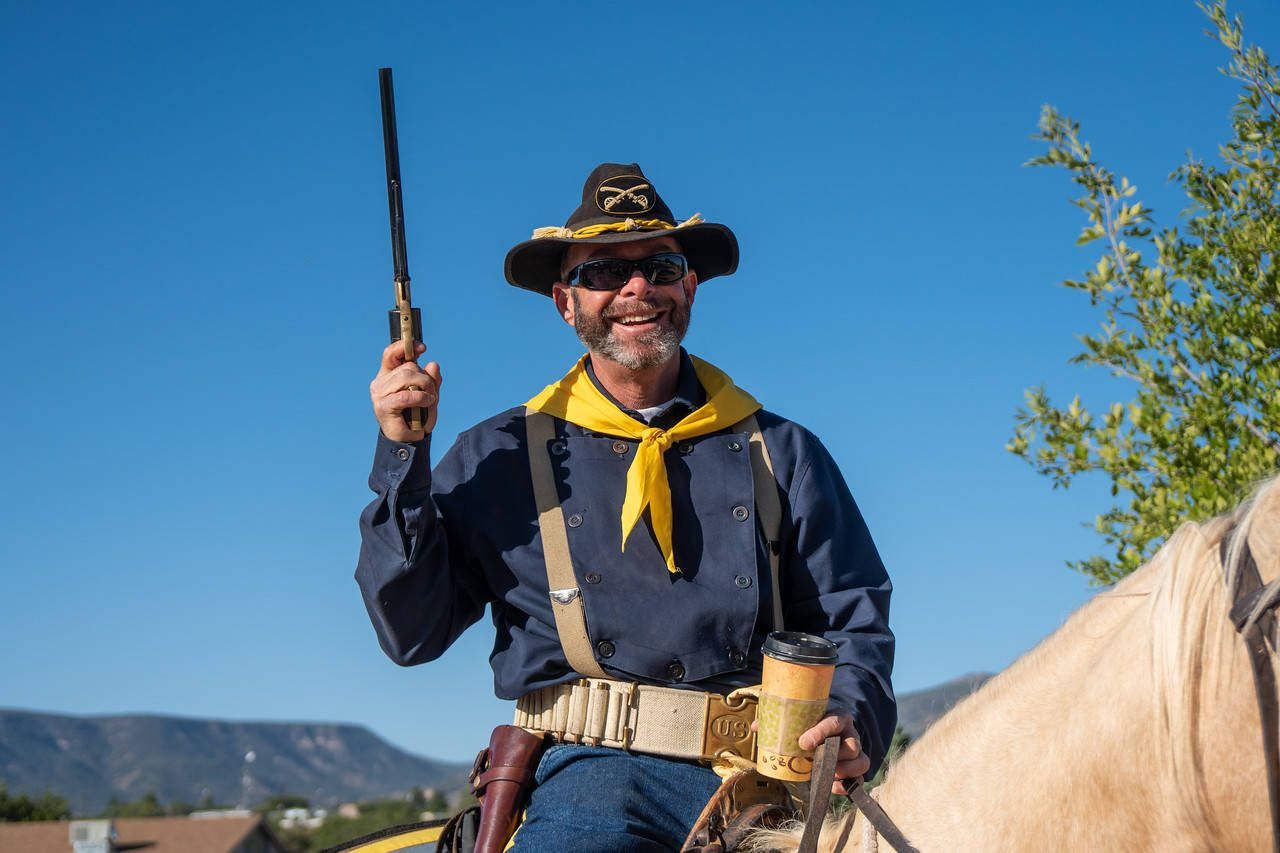 All a soldier ever needs. A good horse, a .44 revolver, and a cup of coffee

I hopped about around the grounds in an attempt to see everything in the limited time I had.  A tight schedule is one of the disadvantages of riding a bus.  The group was leaving as soon as the flag ceremony ended.  Yikes!

I did manage to get a few images before I made that last desperate dash for the coach.  I think I was on time, but it was a close call. 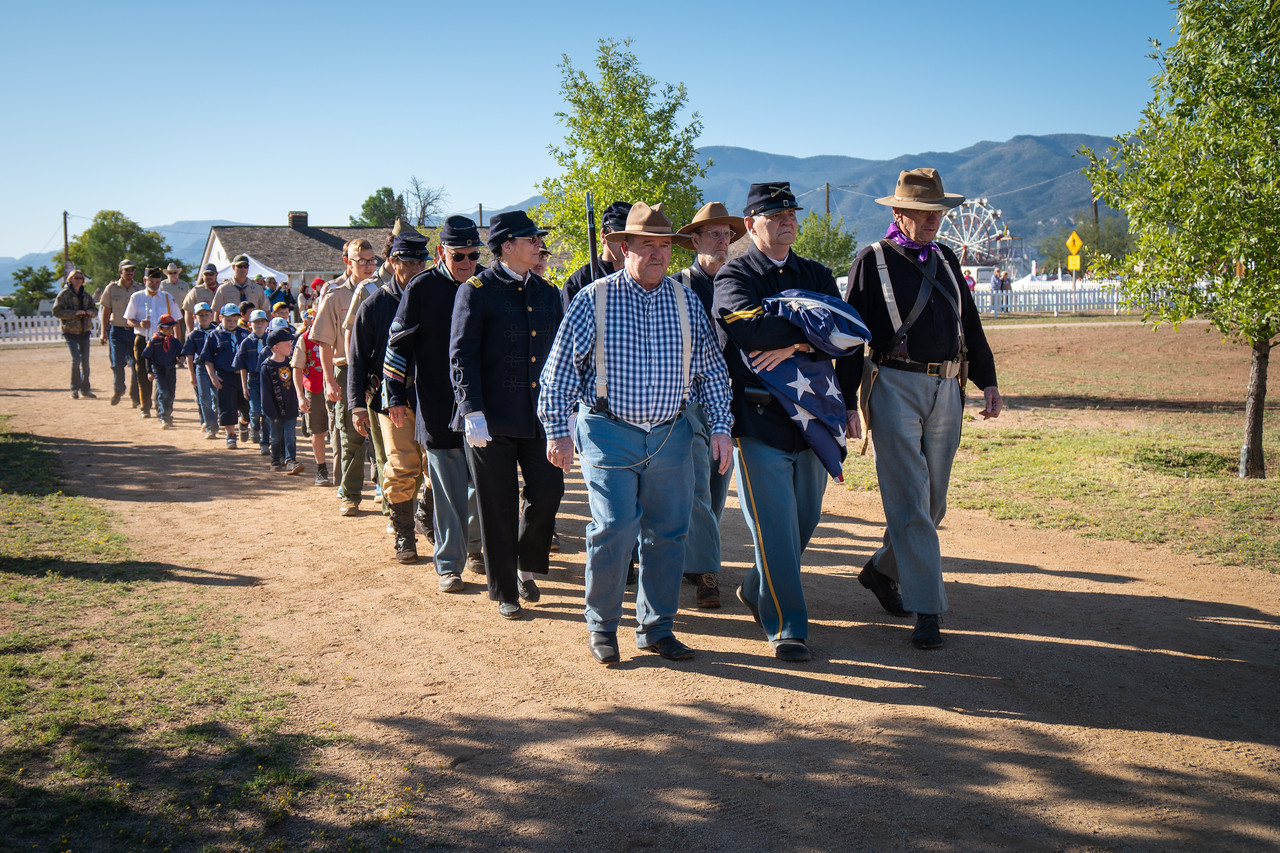 I like the above photo of Jimmy with the flag.  Everyone is taking this event seriously.  The band is playing in the background.  Friends and family are on hand to watch.  The boys may not exactly know what’s happening, but they’re walking along and doing their part.  By the way, it wasn’t all boys.  I did see a girl or two in the cub scouts. 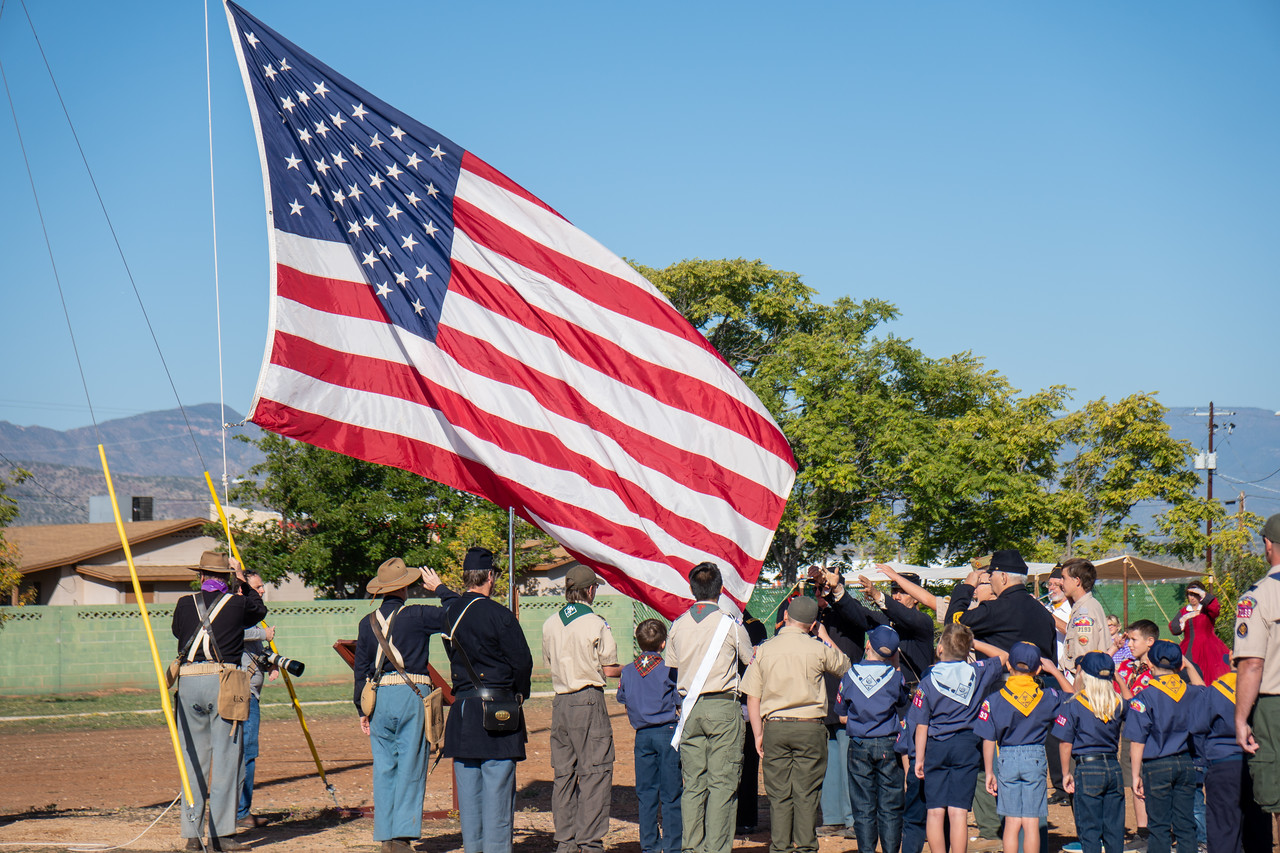 The flag rises as the national anthem sounds in the background

I was sorry to leave Fort Verde.  The people had a lot of great events planned for the day.  I suppose I, too, had good things ahead.  Still, I wish I could have stayed just a bit longer. Perhaps next year.  Fort Verde Days is a tradition.  Be sure to watch for it the second weekend in October!