It was quite by accident that I stumbled across a notice that Santa Clarita was hosting a Cowboy Festival, their 25th Cowboy Festival to be precise.  How come I’ve never heard of this before?  Well, I may have been late to the party, but I went just the same.  I was now curious.  Just what is a Cowboy Festival?

The Cowboy Camp, part of the Cowboy Festival.

The event was held at the William S. Hart Park, and as you can see there were plenty of vendors and re-enactors on hand to keep visitors busy.  These two cowboys were happy to let me take as many photos as I needed.  I admire their stamina; it was a warm sunny day in Santa Clarita.  It was the sun which soon sent me scurrying to buy a hat! 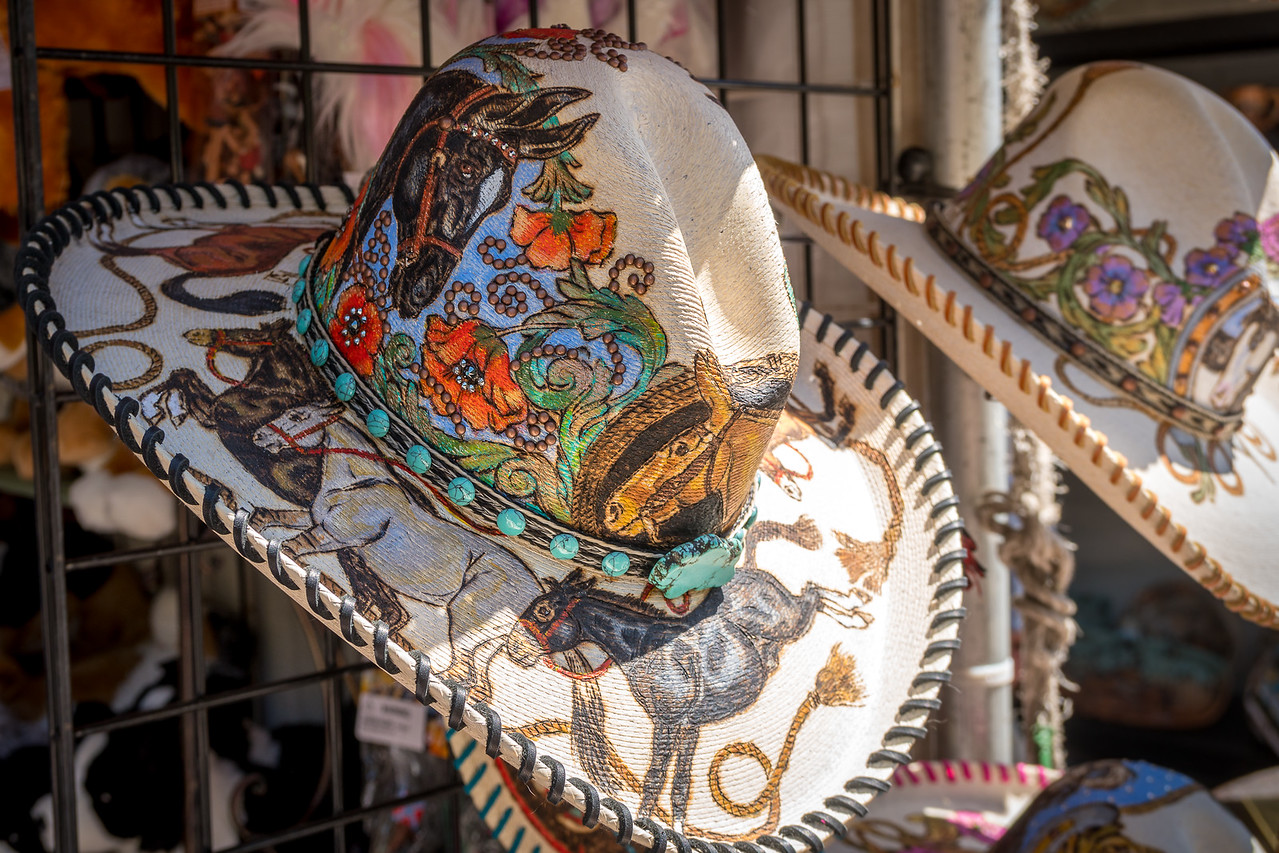 No, I didn’t buy a cowboy hat; I wouldn’t have any other use for it.  However, I did admire the hat in the above image, especially the use of California Poppies in the decoration.  Doesn’t that seem fitting for a California fair?

While I poked around with the cowpokes, the armies of the North and the Confederacy were on the move!  Yes, I know we’re mixing eras here, but does that really matter? 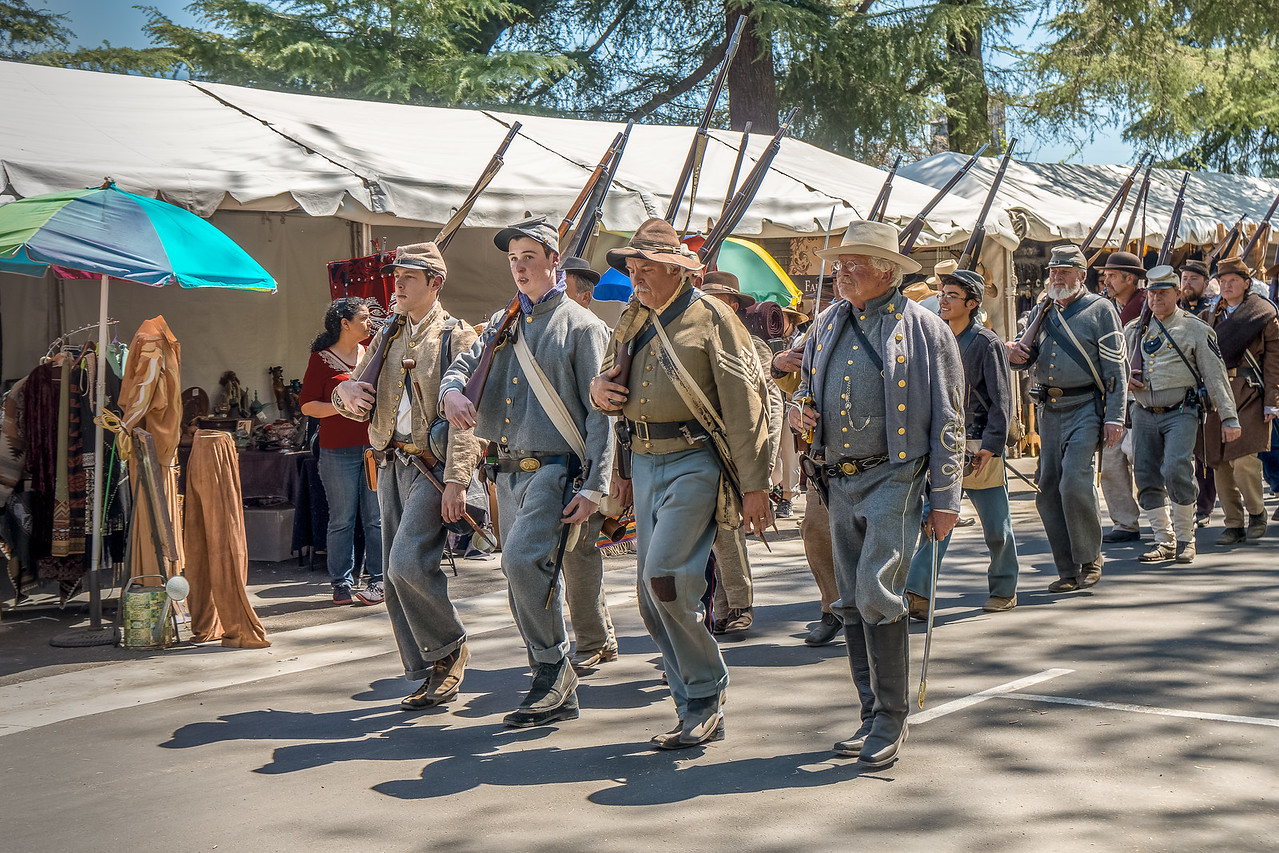 Soldiers of the South march along the row of vendors.

While the South may have lost the American Civil War, these fellows won the marching contest, in my opinion.  Their uniforms are probably historically accurate, and certainly not “uniform,” but the men are in step. I’m impressed.  After a brief stop at the Cowboy Camp, one of the men spread the word that there would soon be a big battle at the other end of the park.  I had to see that!

Not realizing how big the park is, I took my time getting to the battle.  As a result,  I barely had time to see the Union Artillery fire a couple rounds.  (Did I mention it was perhaps half a mile and uphill to this battlefield?)

Stand and Salute as Taps is played.

All too soon, I could hear Taps being played and then everyone snapped to attention.  After that, the battleground spectators were strolling down the hill while I was still looking up at where the battle had been.  Luckily someone mentioned the President!

All was not lost.  If I hurried, I could hear Mr. Lincoln give the Gettysburg Address.  That’s a short speech so haste was important.

After the speech, Mr. Lincoln answered a few questions.  Surely he must have been warm in all those old-fashioned clothes, yet he seems to be at ease and in his element.

I had a wonderful day at the festival. I plan to go again next year.