For years, I’ve crisscrossed the Tejon Pass on I-5, always in a rush to get somewhere.  Never did I stop to explore the fort that bears the name of the very pass I was traversing.   A couple of days ago I remedied that omission by visiting the Fort Tejon State Historic Park.

California became a state in 1849, due to a small event in the Sacramento region.  The discovery of gold suddenly made this area very interesting and soon the Rush was on.  With more people, came more problems.  The United States Army occupied Fort Tejon from 1854 to 1864, ostensibly to keep the peace between the Indians and the settlers.  The pass connects the Los Angeles basin and southern California with the vast San Joaquin Valley in central California. Oh, and Tejon is pronounced tay-hone, which rhymes with bone. 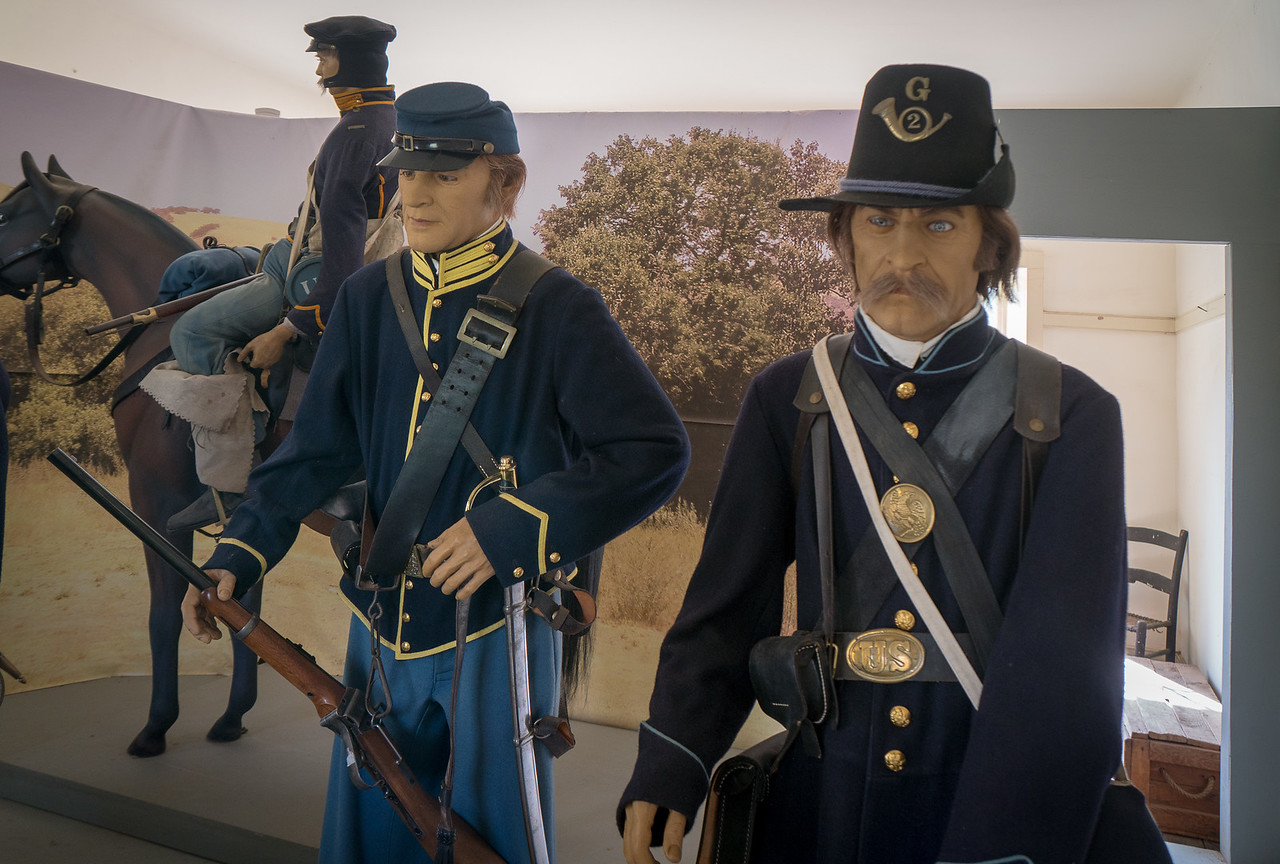 An exhibit displaying uniforms of the 1st U.S. Dragoons at Fort Tejon

Spring was a great time for a visit because everything was green!  As the weather warms, California becomes the golden state and everything turns to shades of tan.  I prefer to see some blue sky, fluffy clouds, and green grass.

On the morning of my visit, there weren’t many visitors.  I suspect most people rush by along the freeway and never bother to stop.  The park consists of several former army buildings, many restored from the old adobe ruins.   Others, like the Quartermaster’s Office, have been reconstructed. 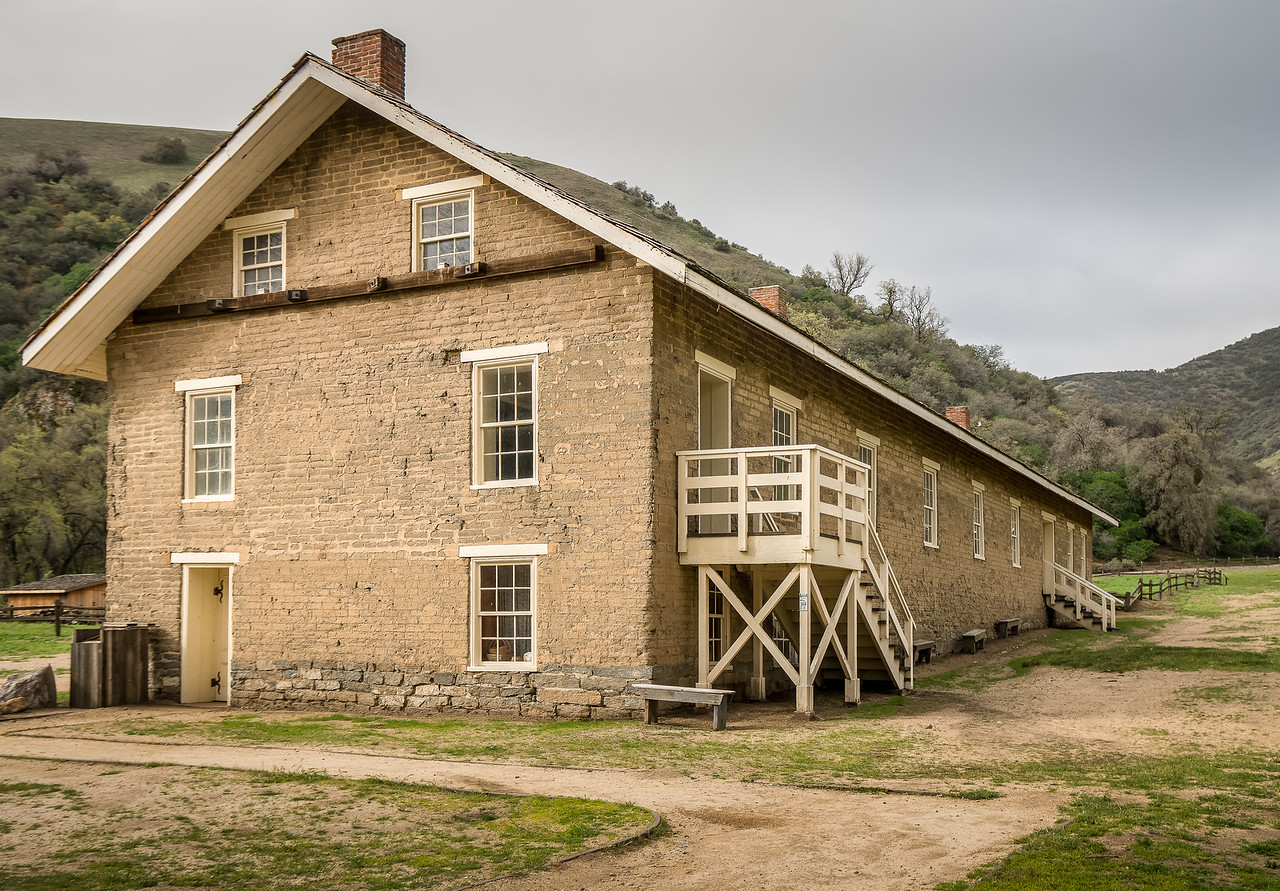 The Enlisted Barracks at Fort Tejon

The above Enlisted Barracks contains a small museum with exhibits showing how people lived in the mid-nineteenth century.  Most of it is devoted to army life but there also are displays of clothing for civilian men and women.  I spent a lot of time in this building but there is one other that is compelling, the Commander’s Quarters.

The Commander’s house is located above the others on a hill that overlooks the parade ground.  The home for the commander and his family was open to the public so I went on a self-guided tour.  The basement was closed off but a few rooms on the first and second floor were accessible. 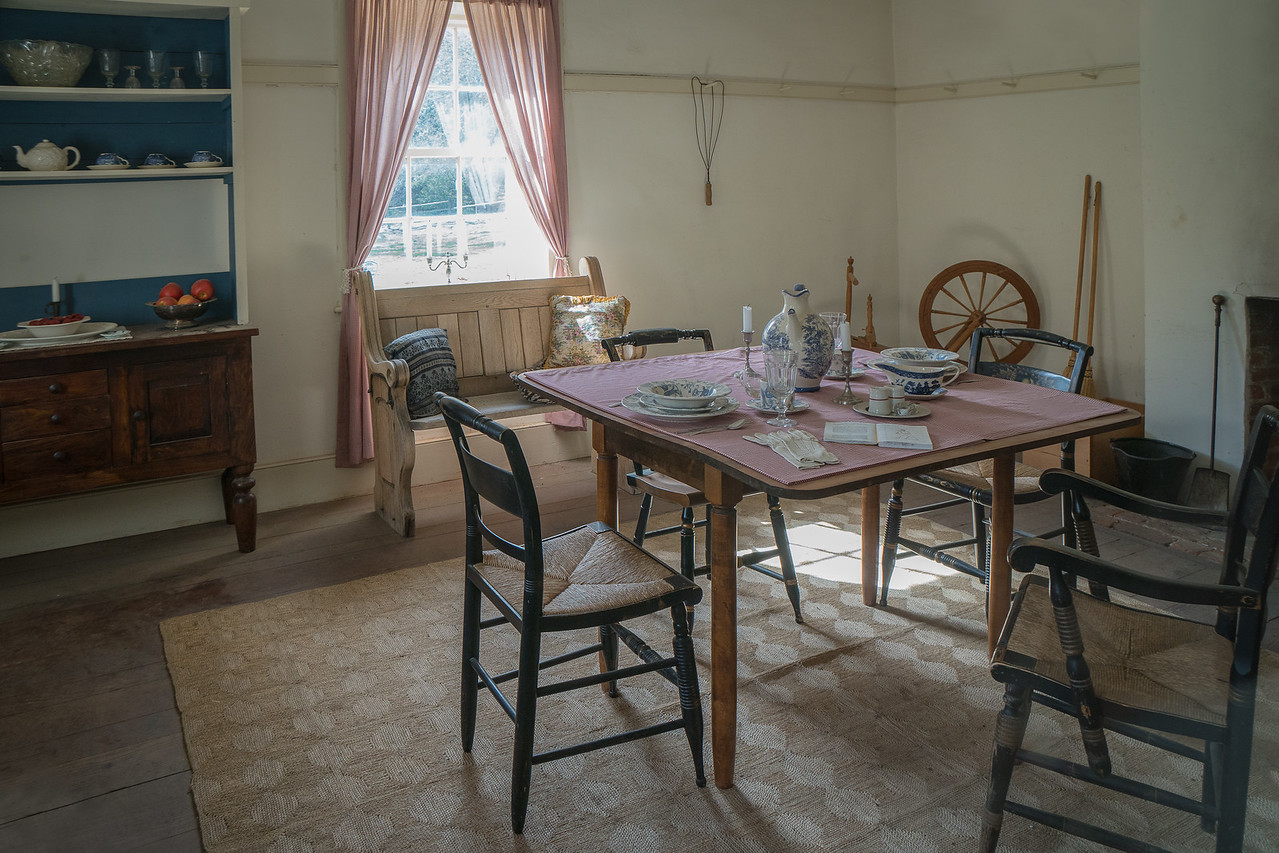 The dining room in the Commander’s Quarters.

The family who lived here were the Gardiners.  There were four rooms in this house: the dining room, the parlor and two bedrooms upstairs.  The Kitchen was attached to the back.  One interesting thing was the stairway.  The steps were narrow, or should I say not deep.

My feet are longer than the step!

I don’t have big feet so those steps are shallow.  It seemed strange to walk on them.  Did the size of the house dictate the size of the steps or were feet shorter in the 1850s?

It was interesting to see how people lived a hundred an fifty years ago, but I preferred to be outdoors.  The day was too lovely to spend it indoors looking at exhibits.  I really liked the trees at Fort Tejon.  They are Valley Oaks and about 400-years old.  What character they have!

These trees are huge and scattered about the fort.  Some have fallen and they only add to the character of the place. 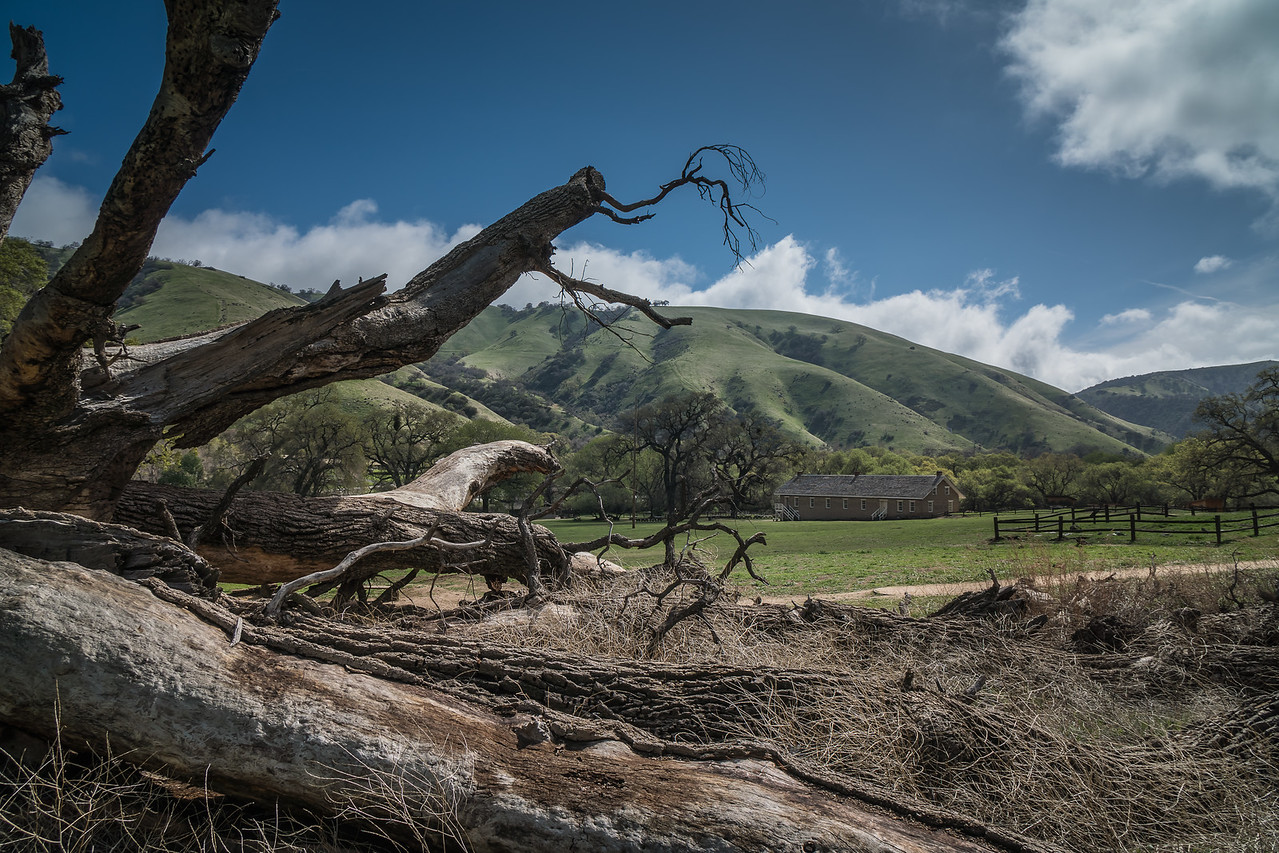 Fallen Oak and Enlisted Barracks in the background

I had a wonderful morning and suggest that if you’re not in a hurry, try stopping at the park.  It’s a simple place, but very pretty.

Tip: On the first Saturday of the month the Park Service hosts reenactments.  I’m sure these events draw an audience.  I’ve heard that they even fire the cannon!