As with so many of my adventures, there’s a story behind the latest one in which I traveled to Barstow, California’s Harvey House.  This wasn’t my original destination; I had hoped to go to Goldstone, the Deep Space Communications Complex.

Part of NASA poster in the Harvey House

The above poster was as close as I could get.  The Goldstone website says that tours are not available at this time and that they now have a visitors center at the Harvey House. “Security requirements have made tours of Goldstone more challenging and they will be limited in the future.”  Therefore I went to the Harvey House instead of the desert!

This name didn’t ring any bells with me, although it should have.  There were countless such Harvey Houses along the Santa Fe railway.  A few still exist, and even have operating restaurants.  The Barstow Harvey House is called Casa del Desierto, the House of the Desert.

The facade of Barstow’s Harvey House

The Barstow Harvey House was open from 1911 until 1971.  I looked in the dining rooms.  There was a formal one for those affluent, first class types and another for the rest of us.  Both are beautiful but I really liked the latter.  Here’s a shot as I saw it.

The lunchroom for passengers at the Harvey House

The following is an image of the room in its heyday. 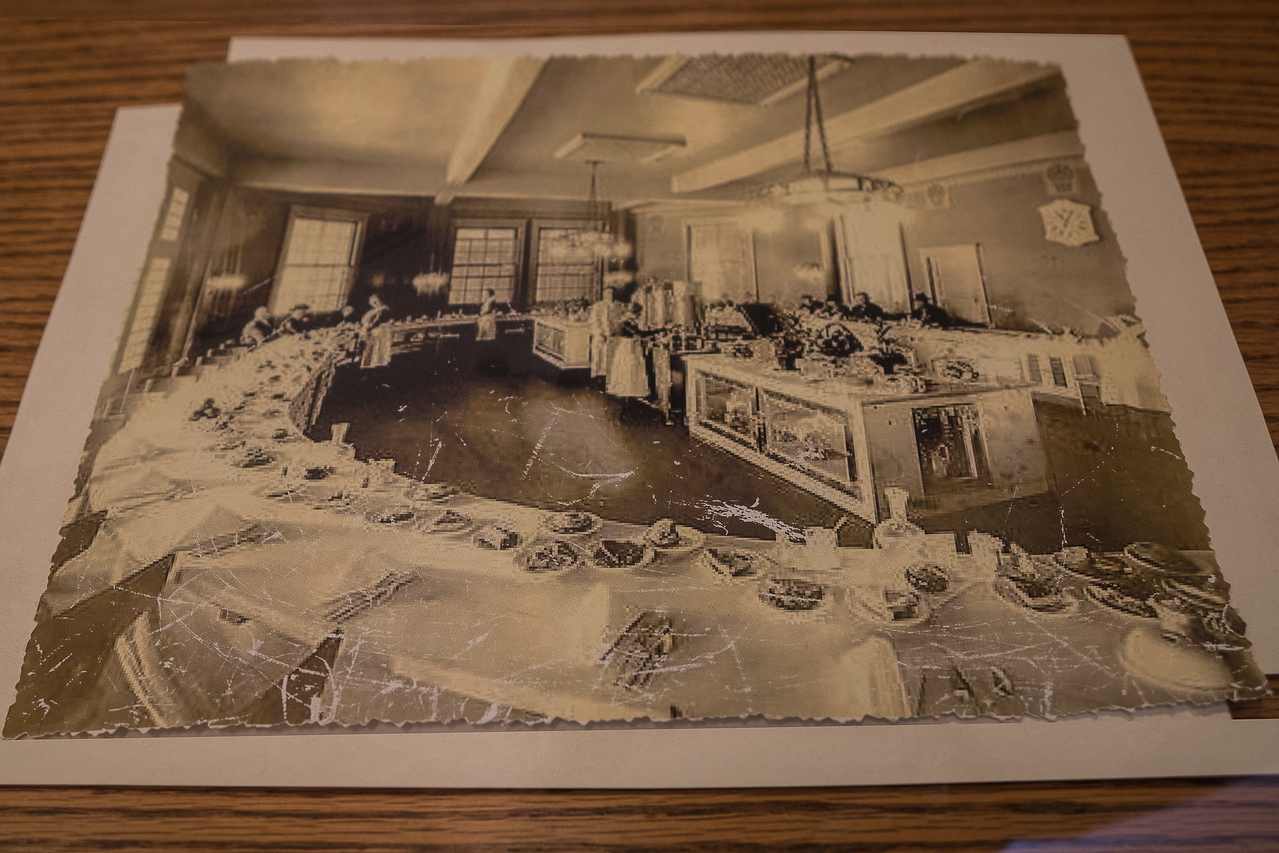 Photo of the lunchroom on display at the Harvey House

I quite liked the Harvey House. What a marvelous place!  The building suffered damage in the Landers earthquake and has been restored.  It’s now used as a museum and event location, as well as the Amtrak stop..  Gone are the days of being hotel and restaurant.

Just for the record, I did make my way upstairs to what is referred to as the NASA display.  Is this Goldstone’s visitor center?  The upstairs halls are lined with information about the solar system.  It begins with the Sun dominating the landing.

Our star, the Sun and center of our Solar System

This huge Sun prepares one for the rest of the planets located on the walls upstairs. I really enjoyed how each planet was compared in size to the sun.  Here’s an example: If the sun is as tall as an outside door, the earth would be the size of a nickel coin.  Frankly, a nickel isn’t very big when compared with a door.   Try it.

There were models of several of the exploratory spacecraft such as Voyager and the Mars Rovers.  Cassini, shown below, was recently in the news for its flight through Saturn’s rings. 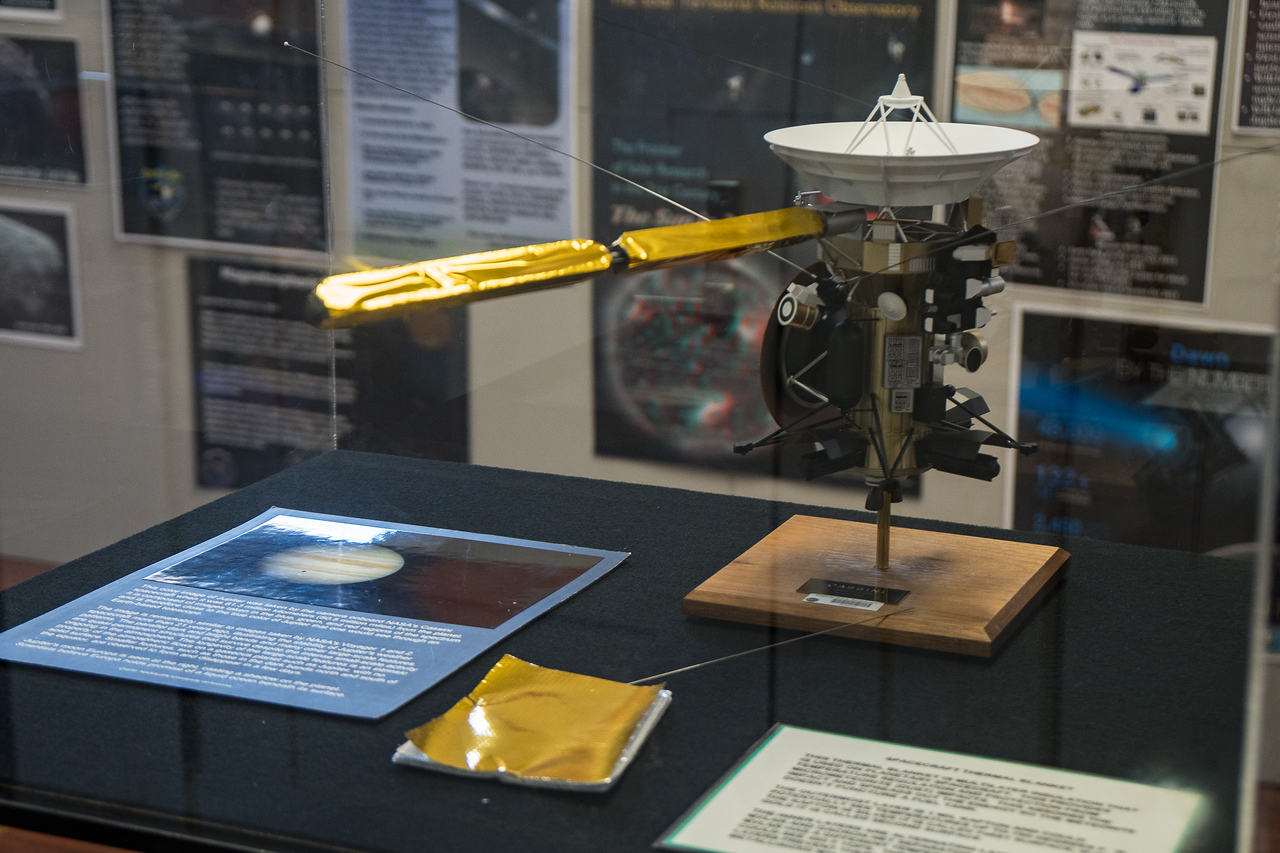 Model of Cassini on display at the Harvey House

There was an interactive room where I played with everything.  I listened to the Sounds of Space Exploration, specifically the Sounds of Jupiter, at the console station shown below. 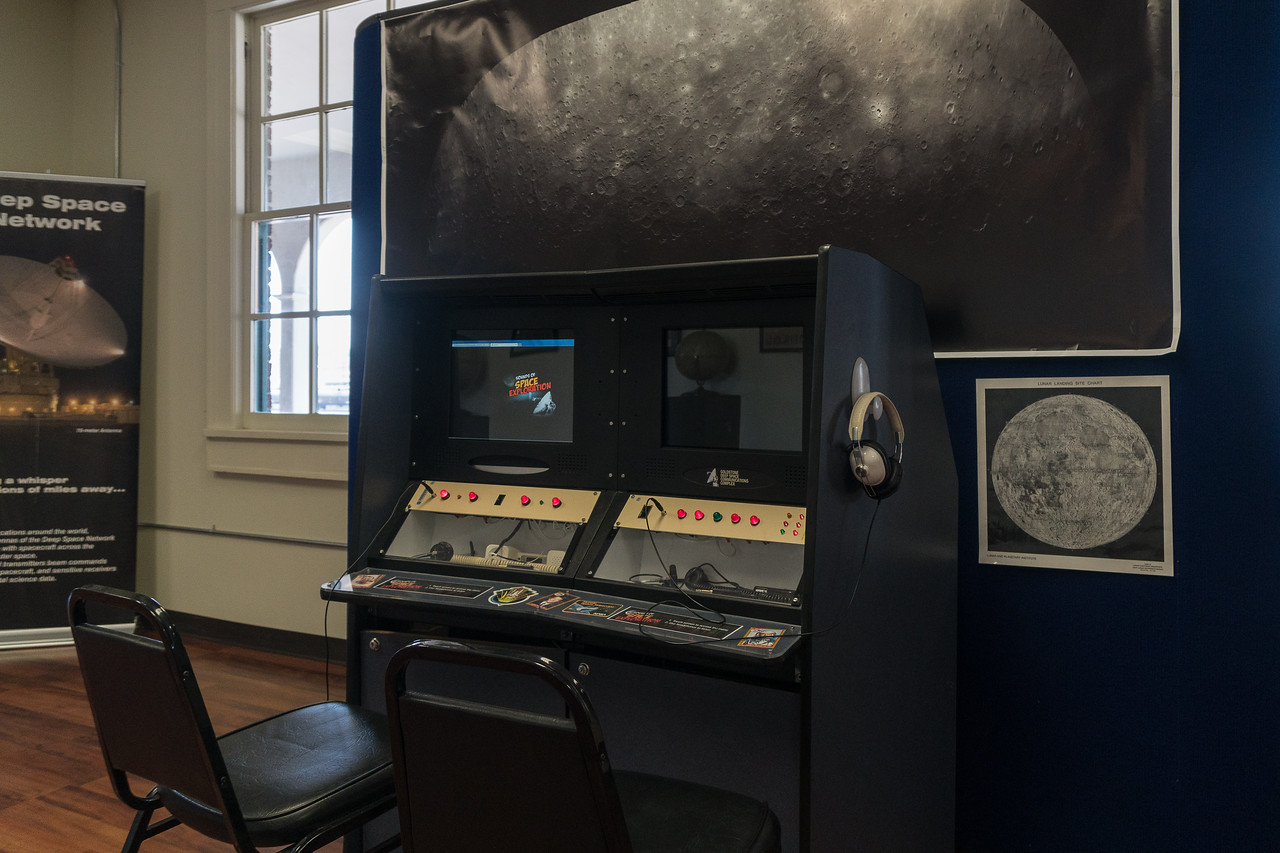 There was also a fantastic orange orb that one could spin.  It demonstrated how weather and atmosphere move.  I want one!

In the end, does all this replace a visit to the array of antennas located out in the desert at Goldstone?  I’m not so sure about that.  Frankly, I still have a yen to see them.