To be perfectly honest, I prefer insects to stay outside.  I have nothing against them, but they are rather, um, crawly and tiny.  So with this sort of squeamish attitude I find it fascinating that once again come May I went off to explore the wild and wondrous world of creepy crawly insects at the 2017 Bug Fair hosted by The Natural History Museum in Los Angeles.   Yes, I decided to give it another go, but with a different emphasis.  This time rather than bugs, I was watching the people.  The museum was crowded with families. 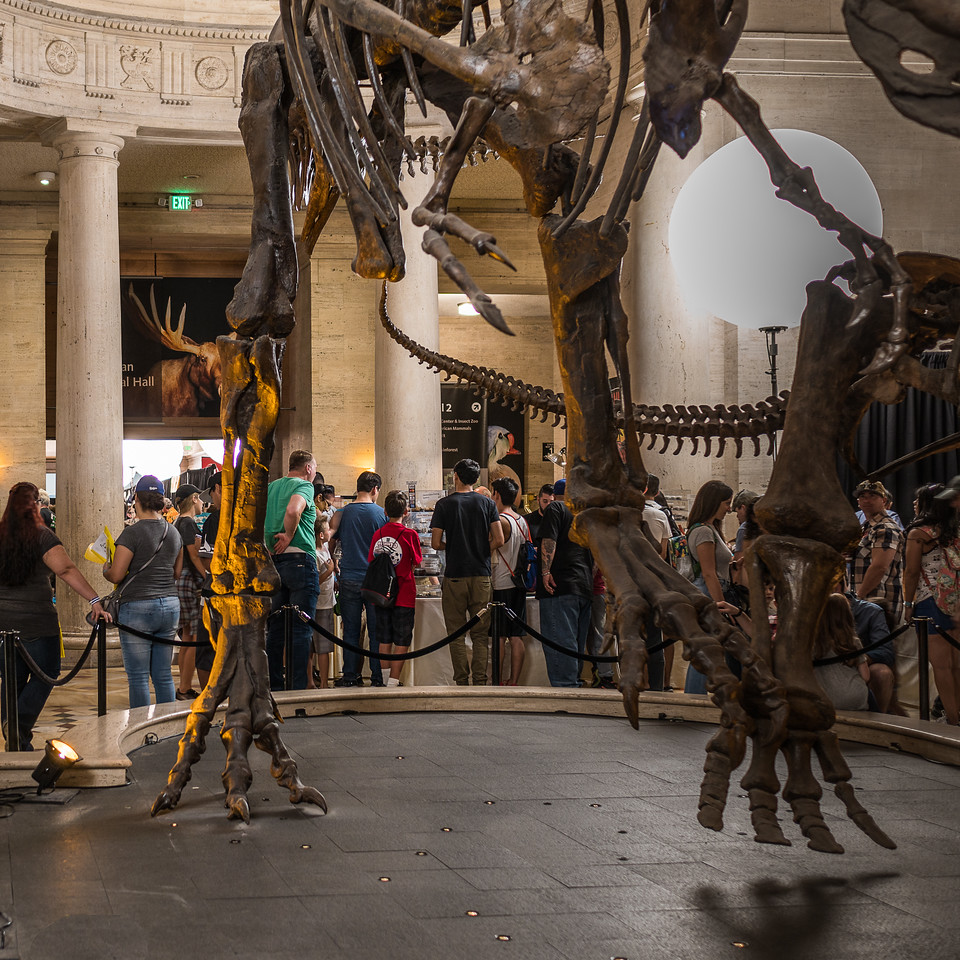 The Dinosaur Exhibit surrounded by families admiring the Bug Fair 2017

Everyone jostled about looking at the bugs.  The two main mammal halls were filled with exhibitors, each with something special to share.  I believe I read that over 50 exhibitors participated in the event. But it wasn’t the diversity of the vendors that I enjoyed the most;  it was the excitement and interest of the kids.

Peering at a vendor’s beetle display at the Bug Fair

These bug cases (there may be a technical term but I don’t know it) were everywhere.  People were definitely adding to their bug collections. I too thought they were pretty, and especially those in the case seen below. 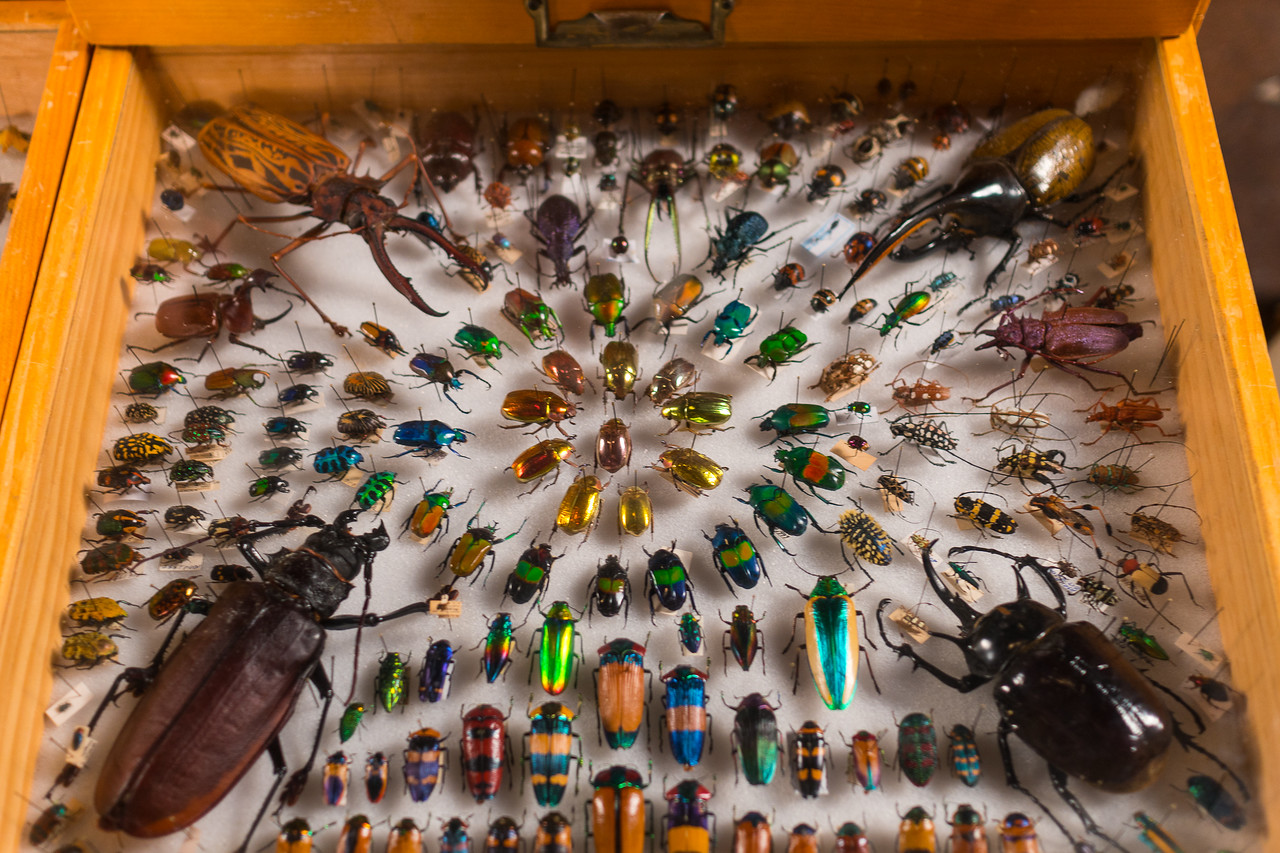 Gorgeous display of color and iridescence at the Bug Fair 2017

Please don’t get any ideas; I’m not in the market for any bugs!

Once again there were the requisite opportunities to eat a bug, well, actually a ground up bug.  This business must be growing because there were several vendors selling “bug” food.  I stopped for my sample cricket again this year. These guys from Lithic Nutrition are so enthusiastic one just has to stop and sample the cricket. 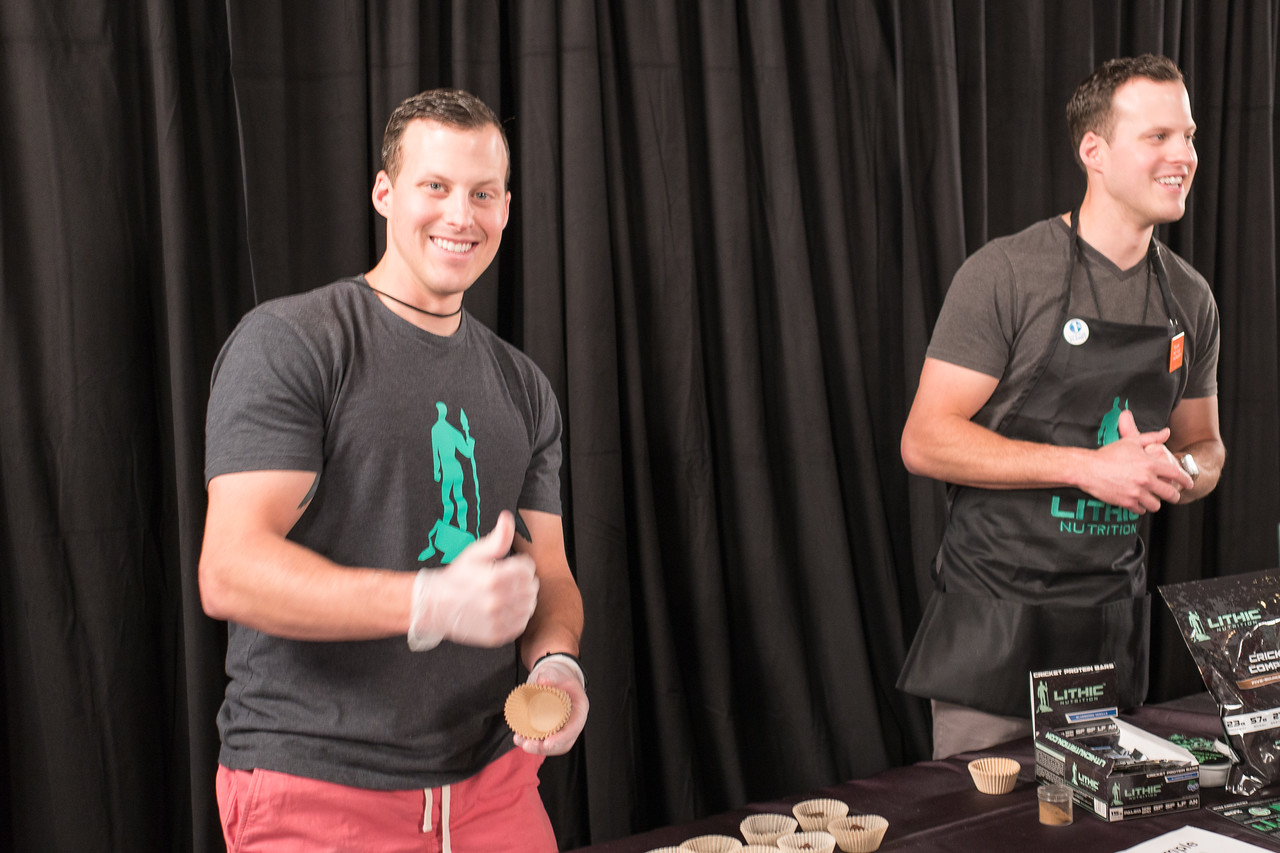 Not interested in crickets?  Okay.  There were others, some a little more spicy.  How about grasshopper?

Chapulines or grasshoppers on sale at the Bug Fair 2017

I can choke down a bit of cricket ground into a powder and lost in a protein bar.  Eating a crunchy grasshopper may be beyond my ability.  This delicacy isn’t a new concept; you can order chapulines in restaurants.  I guess I just don’t get out much.

The Bug Fair 2017 wasn’t all about merchandise.  One could watch cooking demonstrations as well as participate in nature walks out in the garden area.

What a chance to get out and discover your own bugs!  I took a pass on this, as well you can imagine.

One of my favorite areas of the museum is the Nature Lab.  Is this really designed for kids?  Probably.  Well, the big kid in me likes it.  That’s where I saw the scorpion demonstration.

Glowing scorpion at the Bug Fair 2017

That is a scorpion, isn’t it?  (shiver) It looked small and harmless until the owner turned on the light.  Then it really popped and I could see it much too well.  Yikes!  Nope, I don’t need one of these either.

I can’t end with that sort of photo so how about going back to the children.  This little girl enjoyed the snails.  They were “painting” with beet juice. 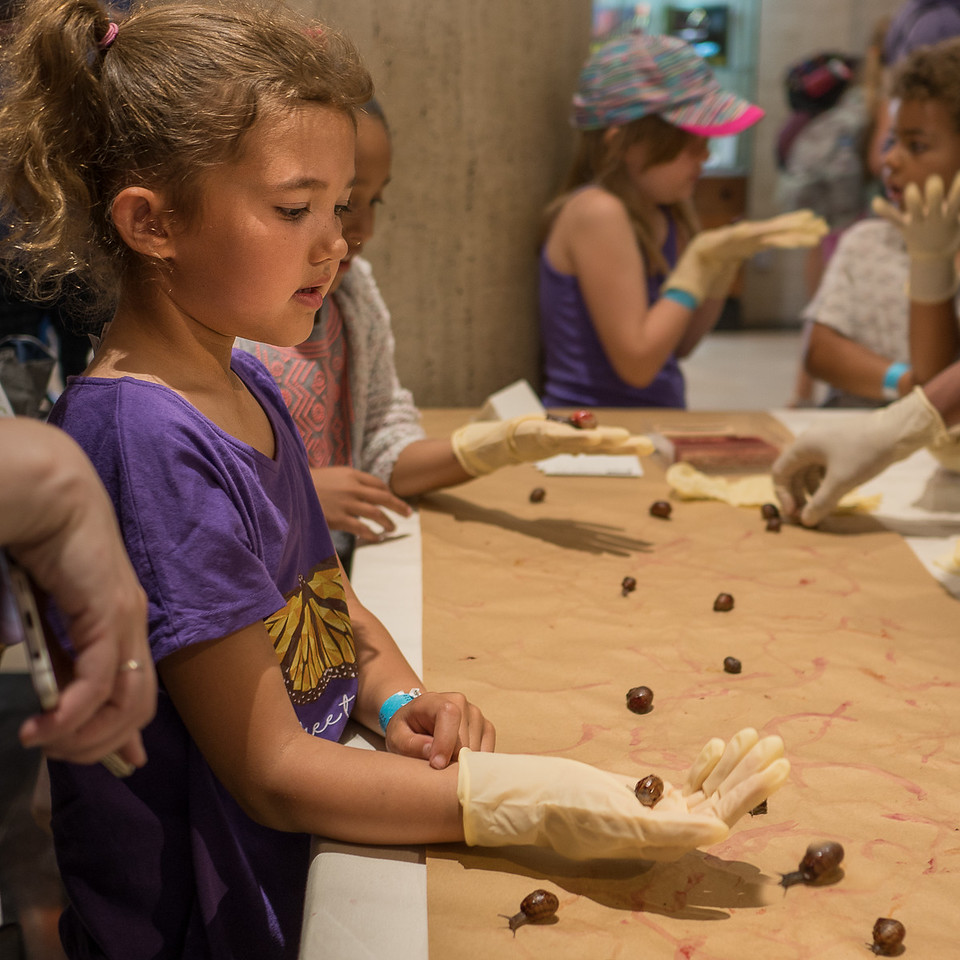 Snail Painting at the Bug Fair 2017

Yes, the kids were very excited about bugs!  Surely there’s hope for science in education.  We just have to keep that curiosity alive!

To view more images from my visit to the Bug Fair 2017, click here.