The weekend of April 22-23 was the time to celebrate the written word on the campus of the University of Southern California as it once again hosted the Los Angeles Times Festival of Books.  I attended, and wrote about, this event last year and yet I couldn’t pass up this year’s fair.  There’s something compelling about a day spent with books, authors, and fellow readers.  Once again I took the USC shuttle bus from Union Station. It is such an easy way to get to the fair, and it’s free. 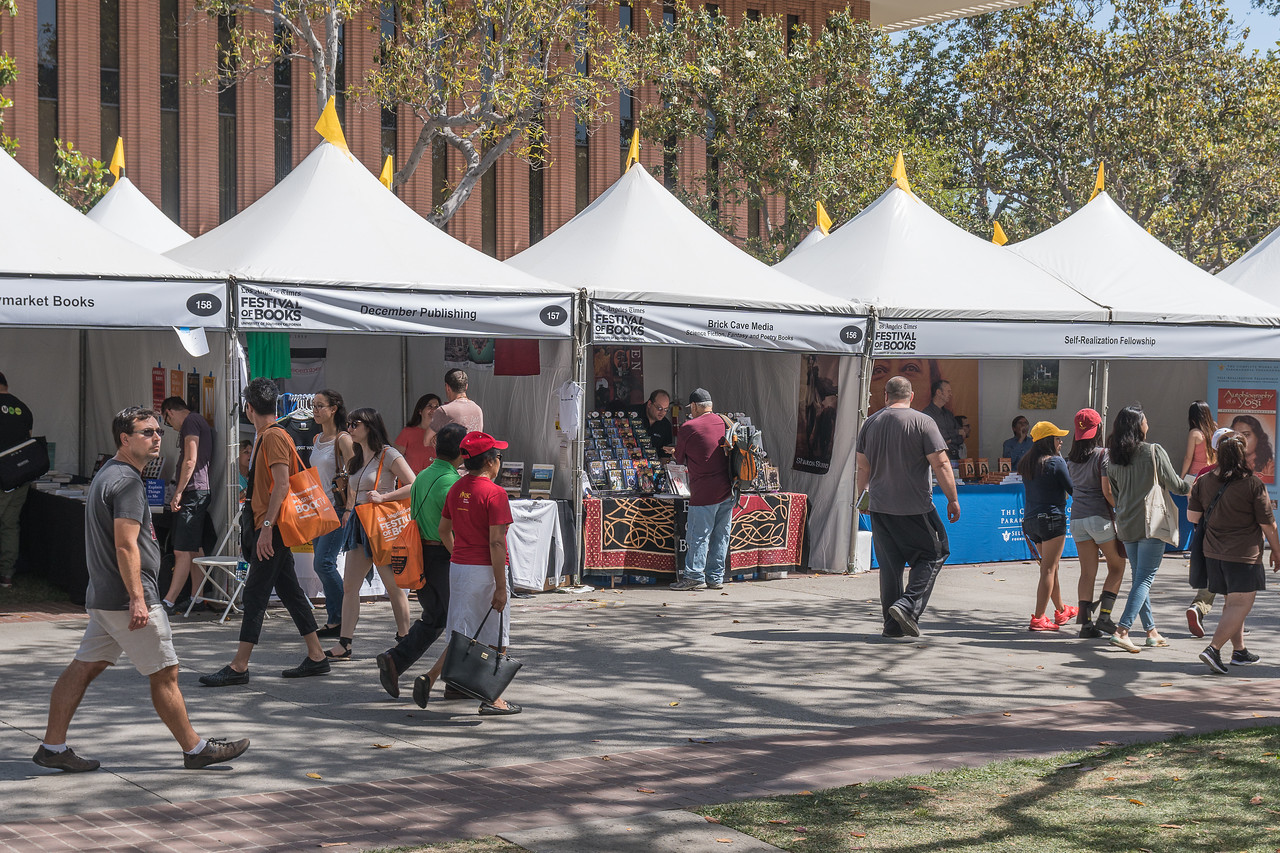 Various stall greet visitors to the Festival of Books

I arrived just as the festival opened; the crowds had not yet arrived.  The avenues of white tent-like booths were there to greet me with all their temptations. I’m pleased to say I resisted most of them this year because I haven’t read all the books I currently own. Nonetheless I still managed to find a couple must-have books.

What did catch my eye this year was the number of children present.  The fair was kid-friendly with all kinds of children’s entertainments.  One entire area was just children’s books.  Not far away were playgrounds.  I loved the area that had great big bouncy balls.  The kids were kicking them about and running after them.  It looked like fun. 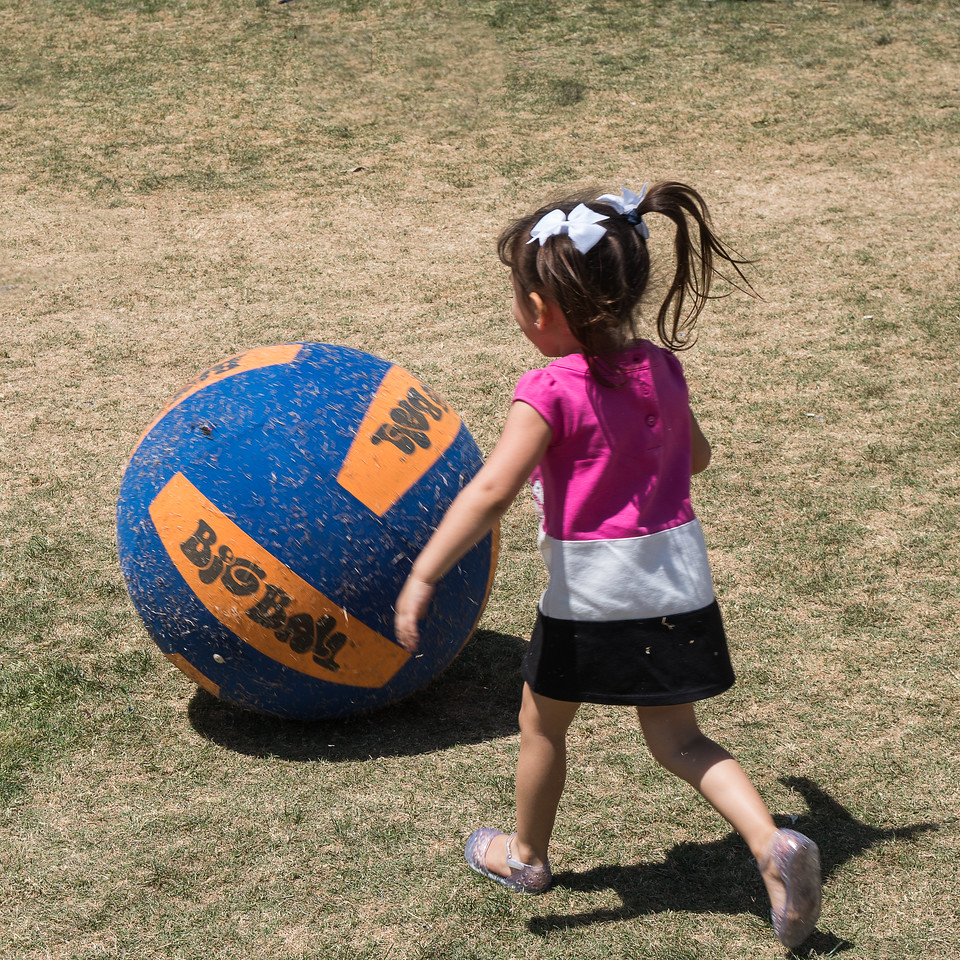 Little girl chasing a ball at the Festival of Books

The ball is only slightly smaller than the girl chasing it!  There were several balls all followed by children in pursuit.

These kids also read.  I was struck by the number of children I found reading.  It was a warm sunny day.  How nice to find some shade and a good book.

She wasn’t the only one either.  As I continued to stroll around this particular book stall, I noticed entire families taking a break and stopping to share a book. 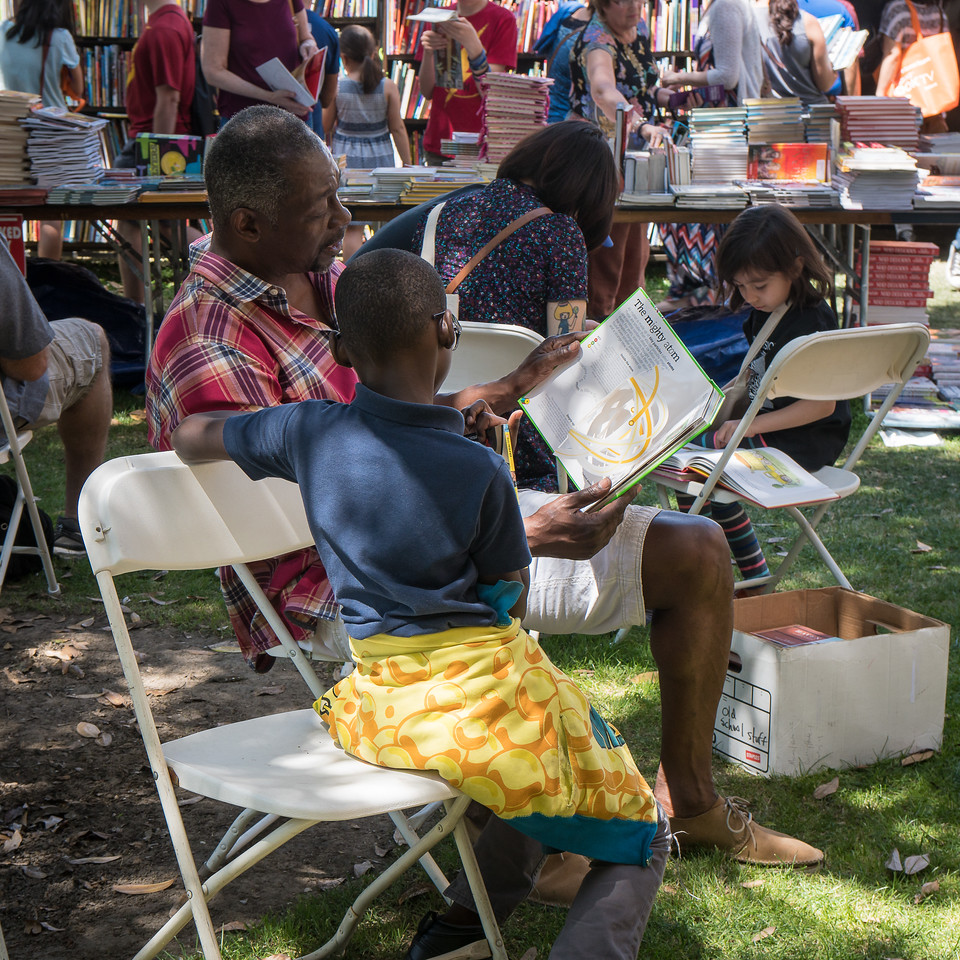 Parents reading to their children at the Festival of Books

How about that?  It’s about science!  Very cool stuff was happening at this fair.

The discussion took place just outside a booth selling When Mountain Lions Are Neighbors.  P22 is a young cat that crossed a couple freeways and managed to get into Griffith Park, a very large park (about 6.5 square miles) but totally cut off from the wild by freeways and urban areas.   This isn’t a tame animal; he’s a predatory.  But how long can P22 survive in such a cramped and limited area?  It’s an interesting issue, as you can see by the discussion above.

While I’m not going to repeat my story of last year, I will say that if you like books or writing, this is terrific way to spend a day in April.  Admission is free.  Come for the day; there are places to eat on campus.  Who knows, your favorite author may be signing.  You can come and listen to the live entertainment on one of the several stages.  Or maybe you would just like to get an ice cream cone, sit on the grass and read.

To see more images from my day at the Festival of Books use this link to my gallery.