With the Iditarod almost over, it’s high time I wrote a story about my recent adventures in Anchorage, Alaska.  Coming from Southern California, I had done my best to pack warm clothes.  They seemed awfully bulky, and at times I wondered if I would need all that stuff.  Trust me; I did.

As you may have guessed, my first stop was in Anchorage.  The sidewalks outside the airline terminal were icy!  My kids and I quickly bought cleats.  Once we had these on our snow boots, we were ready to explore the city.  Here’s a glimpse of the port area from our hotel room. 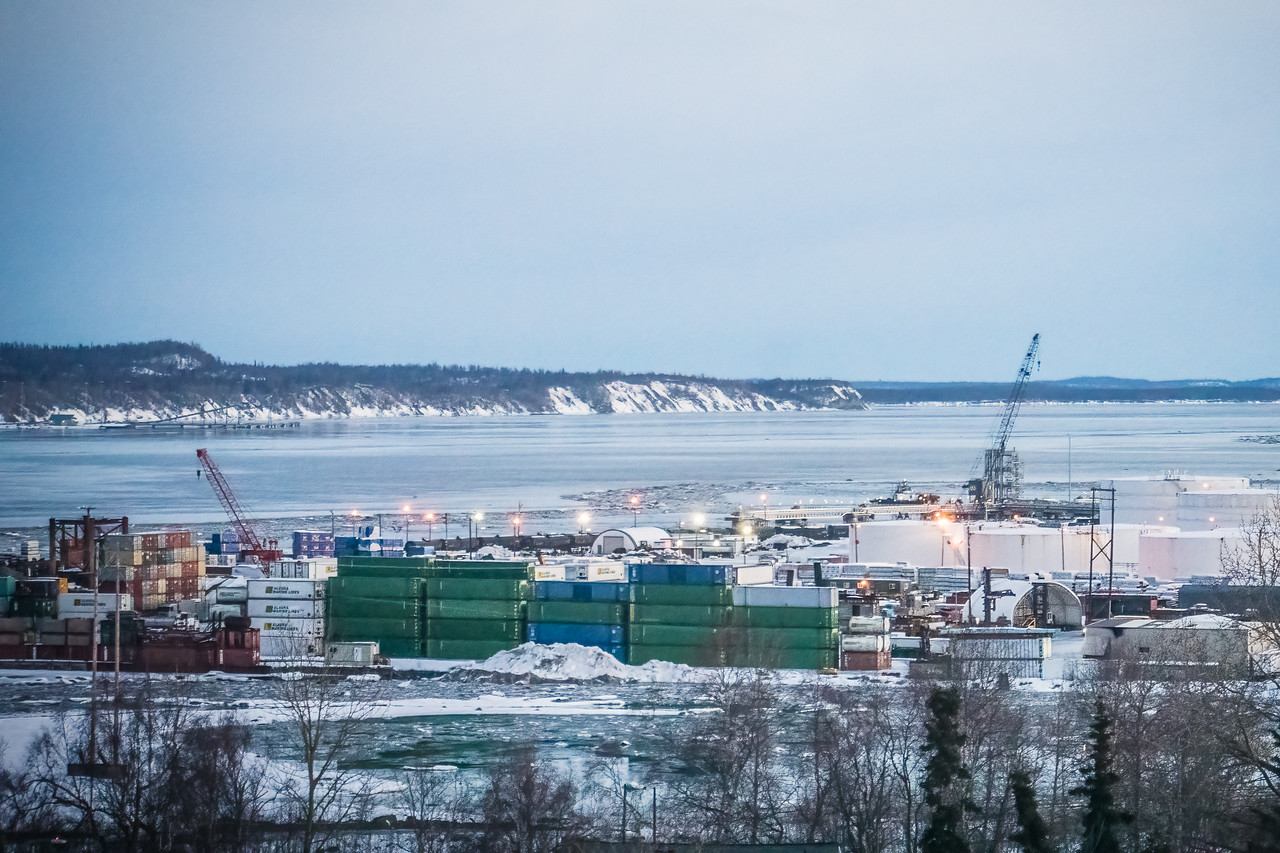 Containers along the Ship Creek port area of Anchorage.

We took a bus ride around the above industrial area.  Most of the freight coming into Anchorage is related to petroleum products.

A more scenic outing took us out of the city along the waterway called the Turnagain Arm.  It’s said that the name was given by the sailors aboard Captain James Cook’s ship. I think of him as exploring Hawaii or the South Pacific.  Now I learn he sought the Northwest Passage!  Of course, he didn’t find it, but he did try many times weaving in and out of various sounds and inlets.  The Turnagain Arm looked promising, but it too proved to be “only a river.” 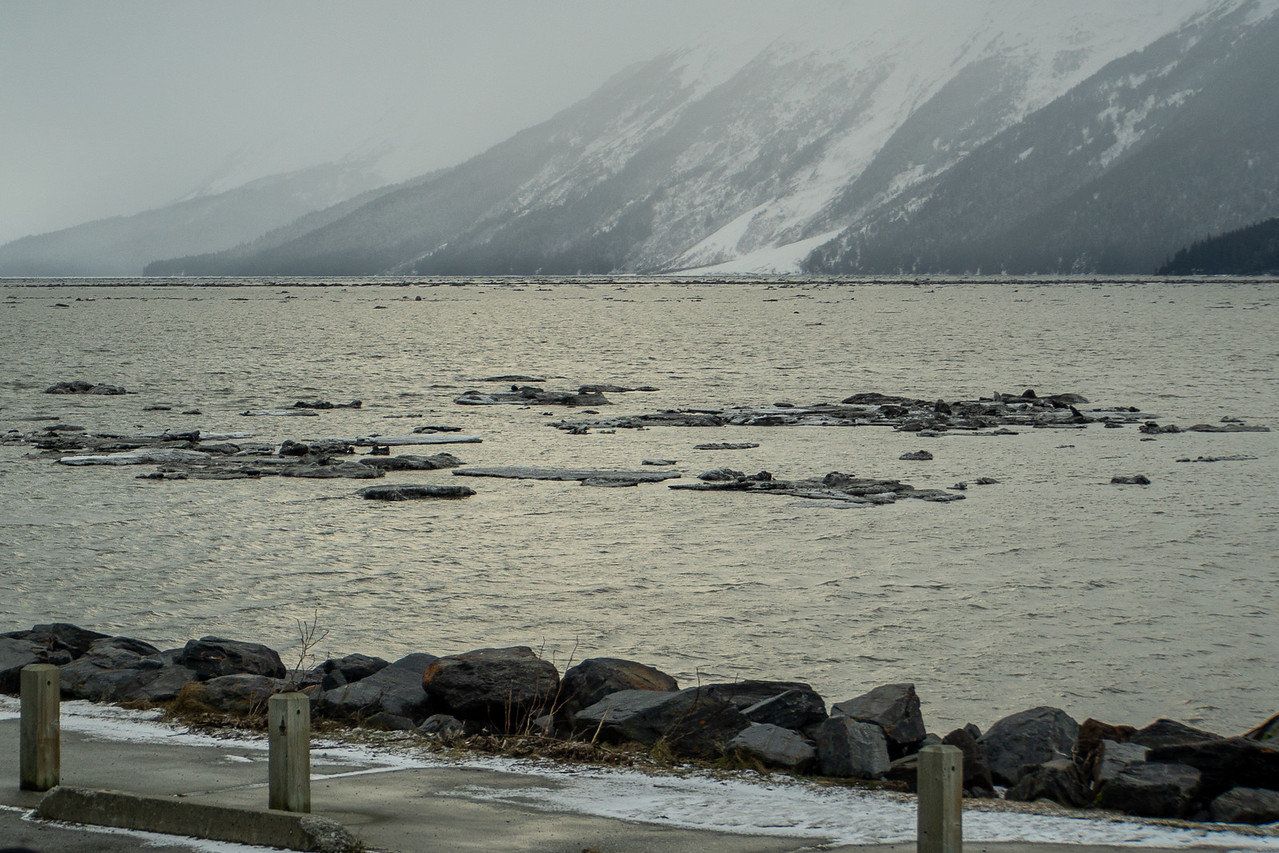 Ice flows toward the sea on the Turnagain Arm, so called because Captain Cook’s ship once again had to turn around.

It was a cloudy day as we watched the ice move by.  When we drove back toward Anchorage a few hours later, the water was gone!  The tide had gone out, and nothing remained except a slick, concrete-looking mud.

I’ll confess that I was excited to get out of the city.  It was my first chance to try photographing outdoors.  Almost immediately, I had issues with the camera batteries.  I took one or two photos, and then we moved on.  It didn’t seem that cold; I guess the batteries disagreed.

We were on our way to the Alaska Wildlife Conservation Center.  What a wonderful place,  a haven for injured or helpless animals.  The photo below features brown bears who came to the center as cubs without a mother.  I also heard a story about a fox who had been a pet.  The owner had pulled all its teeth so that it couldn’t bite.  The poor thing now has a home at the center.

Yes, it was snowing during our visit, and once again, I had battery problems.  Despite this, I managed to photograph the bears but few other animals.  Surprise, I  thought they would still be hibernating!  Lucky for me that these two had recently awakened.

The thrill of the Anchorage visit was a snowy Saturday and the ceremonial start of the Iditarod.  What fun!  The snow was coming down in big feather-like flakes.   We found a place along the fencing to watch.  The dogs were excited, and the snowstorm made photos almost impossible.

Moving up to the start!

Yes, that photo is right smack in downtown Anchorage.  What an exciting thing to see, the ceremonial start and a colossal snowfall.  I had my camera in a ziplock back to protect it.  As for me, every few minutes I tilted my head back to knock the snow off the top of my parka.  If I didn’t, it would fall onto my lens!

The Alaska adventure began in Anchorage, but there’s more to come.  Meanwhile, if you want to see more images from the first few days of my trip, please click here.