Being a tourist walking the streets of Chicago on a rainy day doesn’t have much appeal for me, so my daughter and I explored other options and discovered a magical place called the Garfield Park Conservatory.  It’s a marvelous glass-covered building housing two acres of gardens.

The conservatory has four main gardens, the first section one enters is the Palm House, a nice warm room after being out in the chilly Chicago wind. 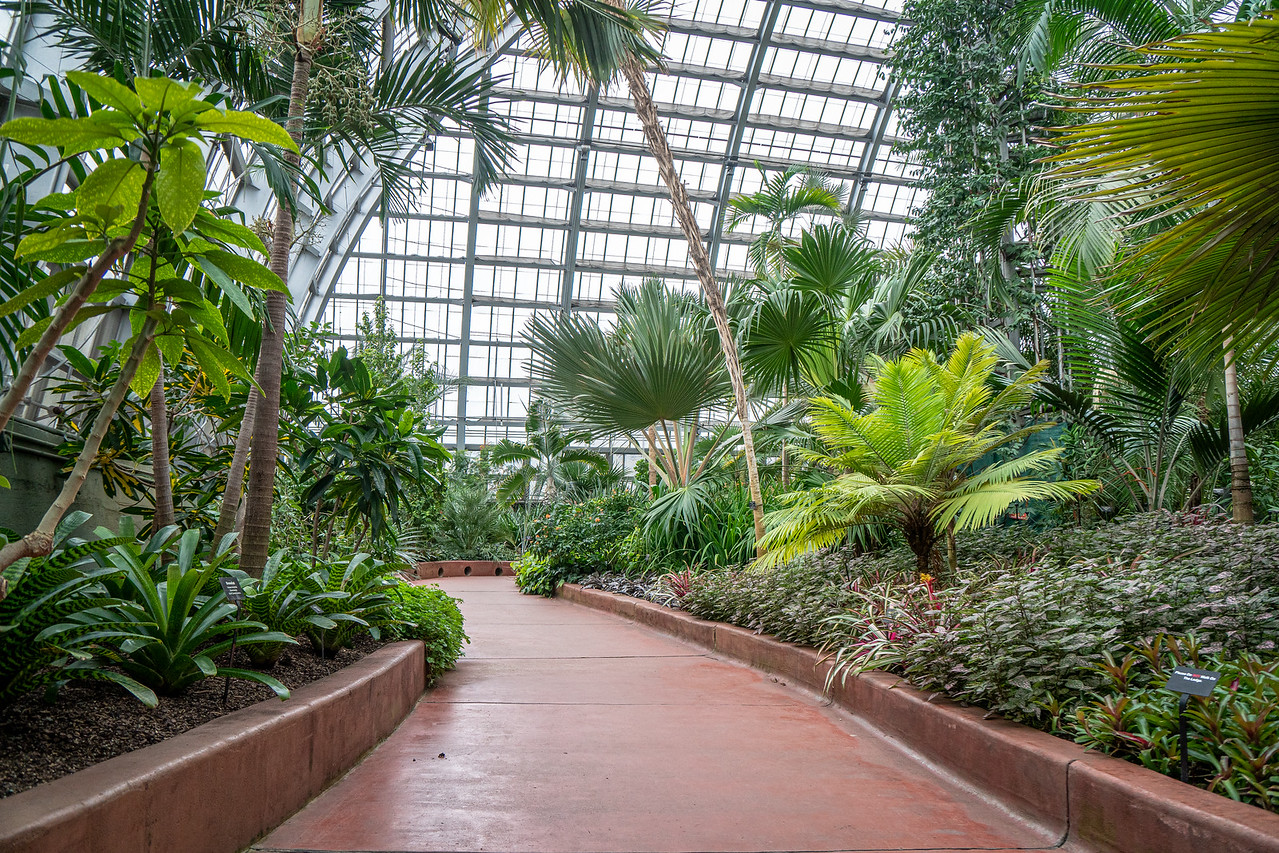 One can walk the paved route or cut through the garden on a few dirt paths.  We tried both!  The glass ceiling rises above the palms and is about sixty-five feet high.  It is the glass roof in the title photo.  There are more gardens behind this room.

I won’t show every room; I don’t want to bore you.  Instead, I’ll speak to the things that surprised and delighted me.  One such was the Desert House.  I expected it to be warm, warmer than the Palm House.  Instead, I opened the door and met a chilling temperature.  Good grief, this was a cold desert!  I could have been home in California.  Brrr! 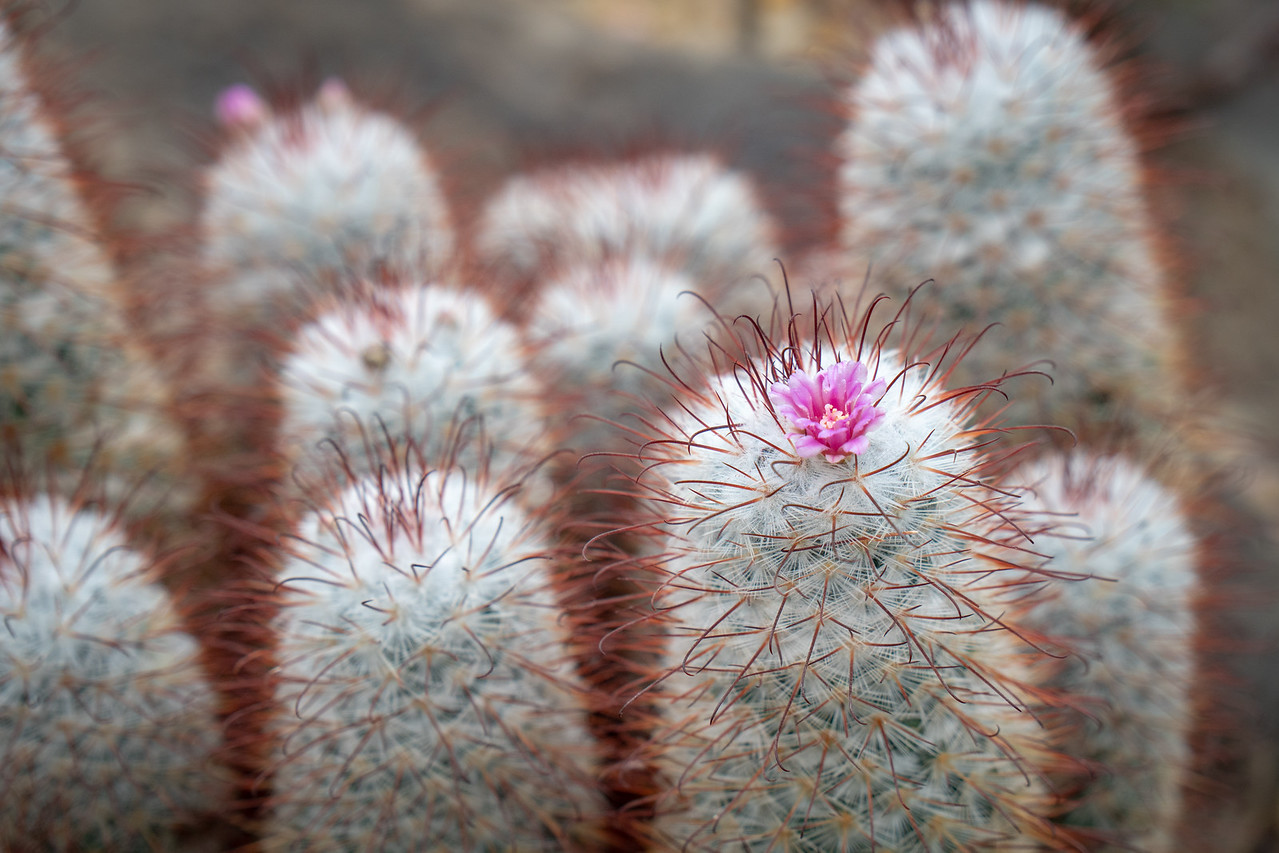 Freezing or not, I did like the fuzzy-looking plants, rather like a pincushion cactus, seen in the photo above.  I didn’t touch them, but they were tempting.

Garfield Park Conservatory has an Ariod House.  What’s that?  I confess I wasn’t familiar with the word, so I looked it up, and the definition was less than helpful.  Aroid refers to plants in the arum family.  How’s that?  For the sake of this post, I’m going to say it refers to big, leafy tropical plants.  (Forgive me, Aroid Society!) I’m not going to show a photo of philodendrons.  Instead, I want to share one of my delights.

I first discovered the glass creations of Dale Chihuly about ten or twelve years ago when I visited a museum in Oklahoma City.   I think his work is unparalleled.  Of course, I had to take a photo of the “Persian Pool.”

Intending to see everything, my daughter and I went outside where it was almost as chilly as the Desert House.  Few flowers were in bloom, but I did find this. 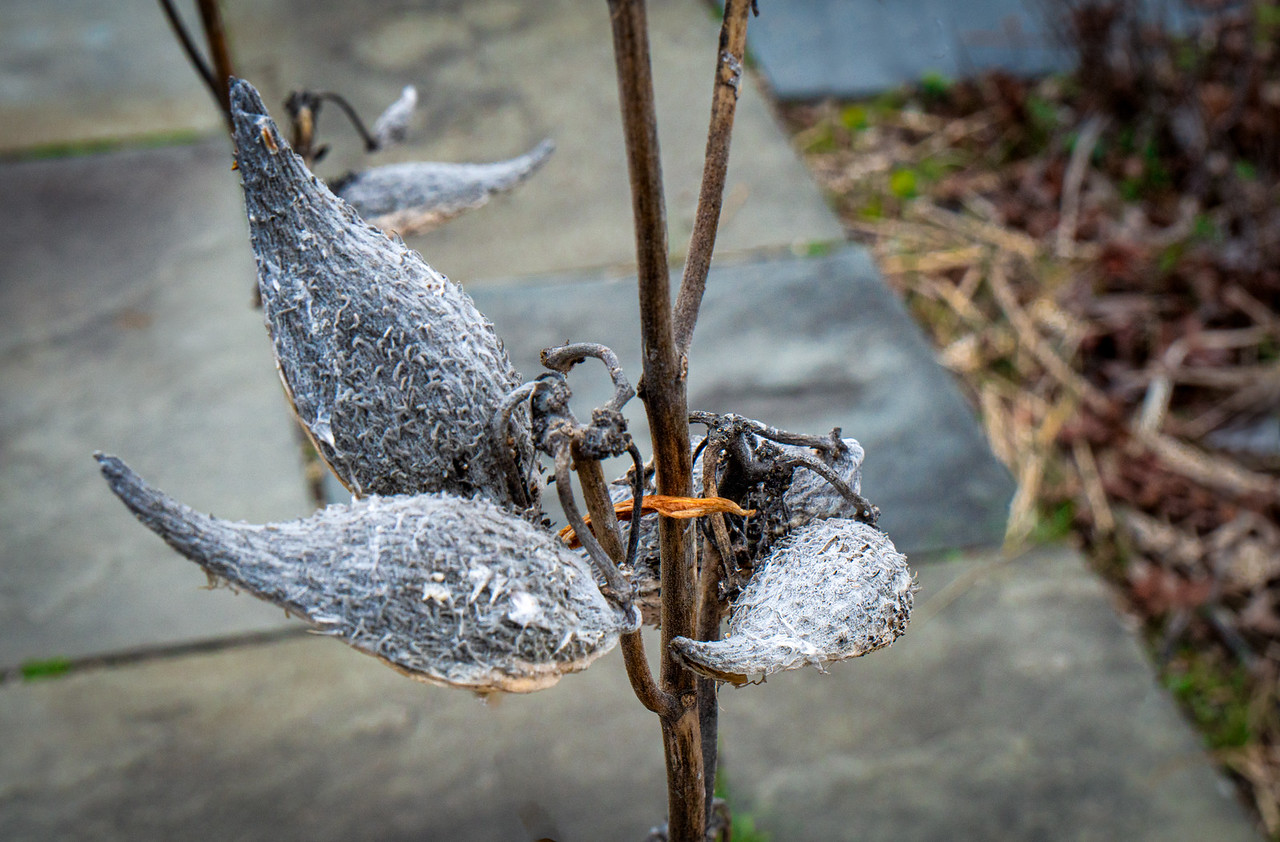 If it is milkweed, then the outdoor gardens will be ablaze with Monarch butterflies in the spring.  I saw several of these plants.  I expect them to be flourishing by the time the Monarchs migrate.

I thought that finding a tiny glass house within a large glass greenhouse was a bit unusual, and in this case, ferocious.

This case isn’t large, but it does contain carnivorous plants like Butterwort, Sundew, and Venus Fly Trap.  Something is intriguing about such plants.  It doesn’t seem right that plants don’t get nourishment from the soil and, instead, attract living insects.  We humans prefer an ordered world in which plants behave “naturally.”