I’ve returned from Star Wars Celebration 2019, and it was wonderful!  I’ve been to many Star Wars conventions and written about a few of them.  I always set out with trepidation and certainty that something will go wrong, so I’m pleased to report that 2019 was a good year!

The Star Wars convention started in Denver in 1999 as a celebration of the opening of the new Skywalker trilogy movie, The Phantom Menace.  Since then, the location has moved around the country, but recently we’ve been stuck alternating between Orlando and Anaheim.  This year’s outing in Chicago was a fantastic change of venue. 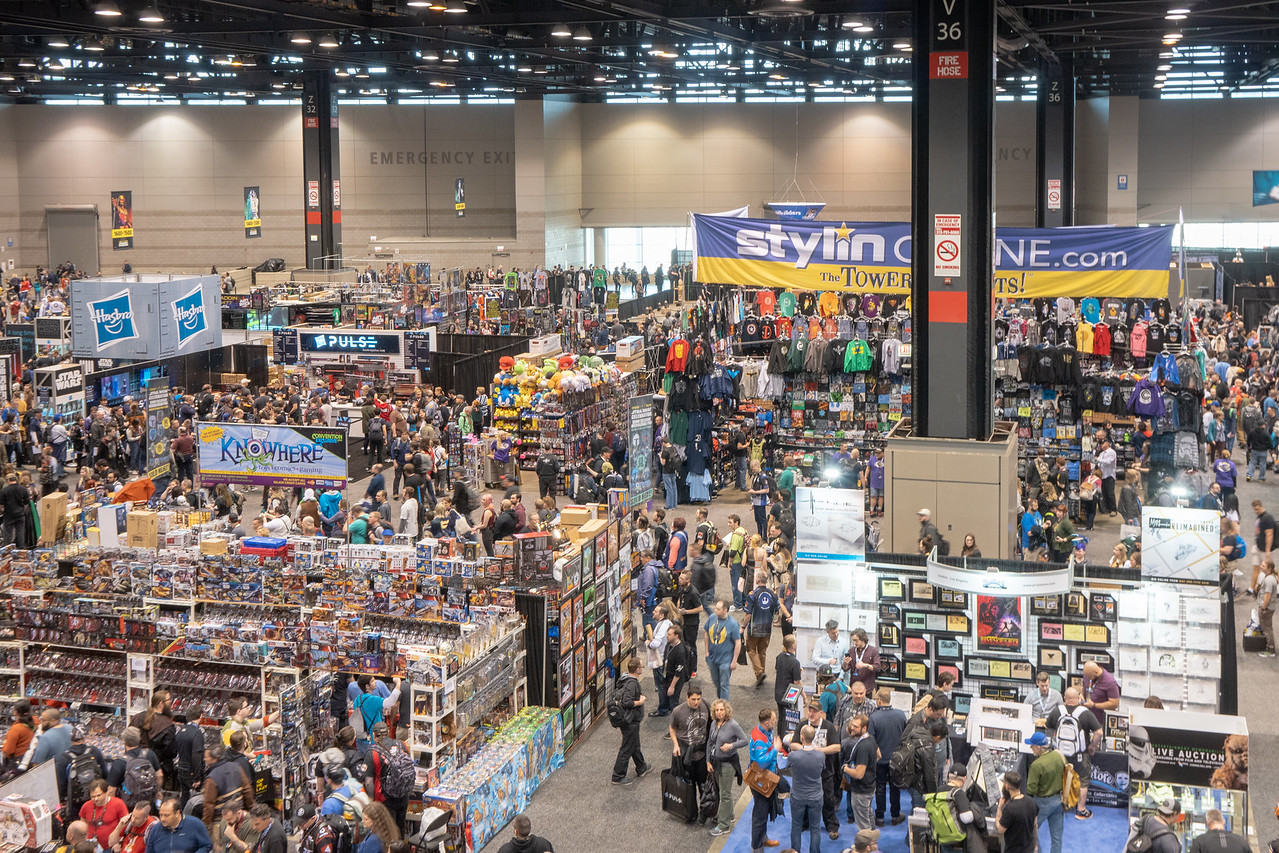 Looking down at the Exhibit Hall at McCormick Place

McCormick Place had plenty of room to host us, and I snagged a room at the nearby Hyatt.  Better yet, the skywalks were open!  We didn’t have to go out in the cold.

In 2017, Celebration was a little dull in the costume category.  The big day for cosplay was Saturday because of the group photos.  During the rest of the convention, fans opted to wear t-shirts.  How dull!

There’s nothing dull about a rancor-keeper!

This year, costumes were the thing.   I couldn’t resist the above rancor-keeper with baby Eddie.  I’ve shared a few costume images on Instagram,  but I’ll include them in my gallery as well.  In case you’re wondering, yes, I wore a different costume every day.  There were five days!

For once I didn’t suffer from lack of sleep.  The organizers didn’t allow overnight camping.  No one had to queue all night to get in line for a special panel or event.  I didn’t see one bleary-eyed person toting a pillow.  Instead, of camping one entered a lottery.  I managed to win a couple of them.

Entrance to the big panels, like that about Episode IX, the new movie due in December, was on a lottery system.  Smaller panels weren’t.  There were some terrific smaller panels!  I learned about bringing droids to life, and about the engineering, design, and animatronics of BB-8.

Matt Denton explained how the team created Six-Eyes, a character(?) in Solo; A Star Wars Movie

David Collins presented a brilliant panel on the music of The Phantom Menace.  I’ll never again hear the ending celebration music with quite the same innocence and joy.

Of course, all good things come to an end.  I usually catch a plane early on the last day, but this year I decided to attend all five days and fly home on a non-Celebration day.  I attended the Closing Ceremonies! 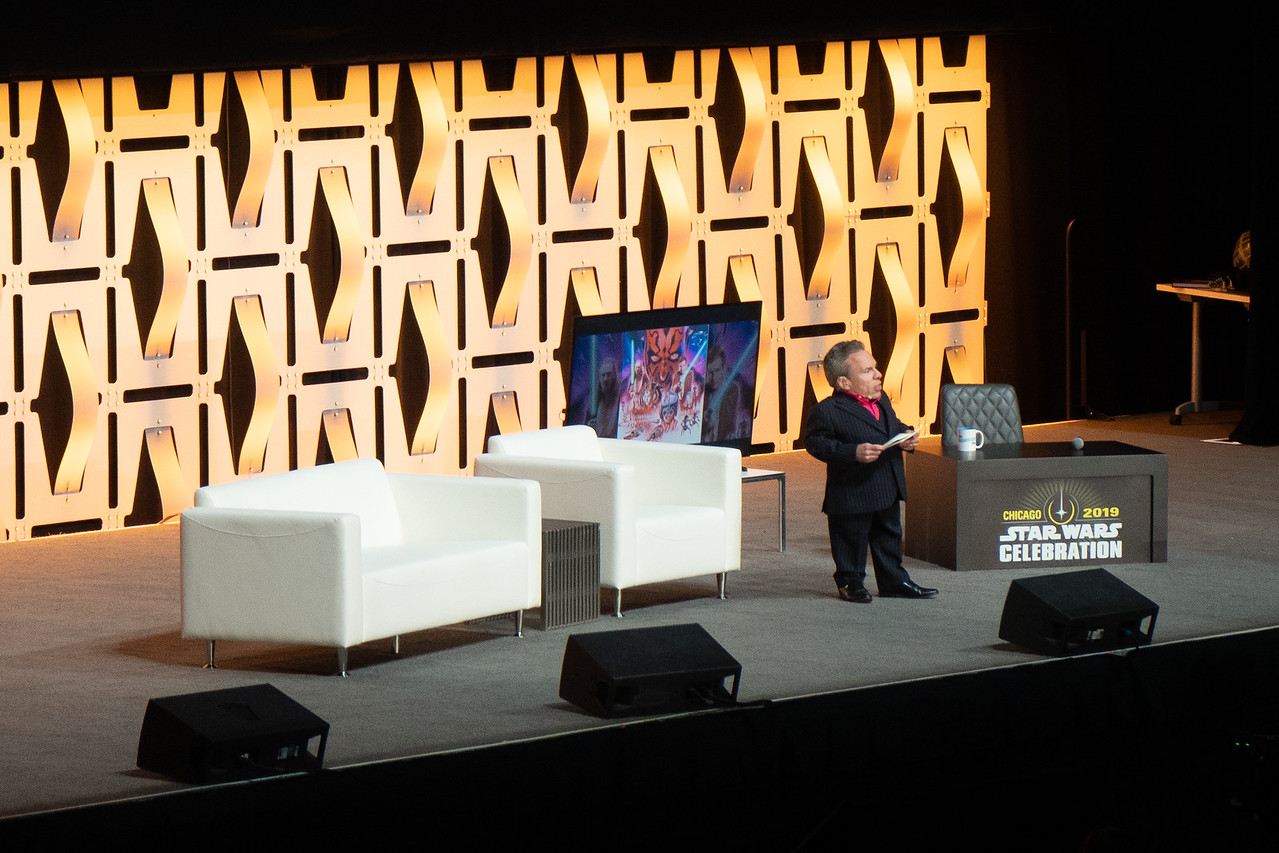 The best thing about this recap of all the happenings is that we found out when Celebration will come again.  It usually is every two or three years.  It’s been a long time since there has been an international Celebration, so my bets were on Europe.

Oh dear, I’m glad I don’t gamble.  Celebration will be in 2020 in Anaheim!  Of course, I’m already planning for it.

Here’s one last image, just to get you in the mood for The Rise of Skywalker.

First Order Treadspeeder, built by the Belgian Prop Builders. Top right is the seat, as if you are going to hop on and take off!

To see more photos from Star Wars Celebration 2019, and only a few at that, please visit my gallery by clicking here.