My daughter suggested a visit to the Ojai Raptor Center, and I jumped at the chance to attend their open house event.  It was our first visit to the center, and we didn’t know what to expect.  How many people would be there?  Let me put your mind at ease; the joint was jumpin’!

The Ojai Raptor Center is a bird sanctuary or preserve that handles hawks, eagles, owls, and other raptors.  The open house was an educational event that gave the public a chance to witness the good work being done at the center.  More importantly, it gave everyone an opportunity to see these fabulous birds up close. 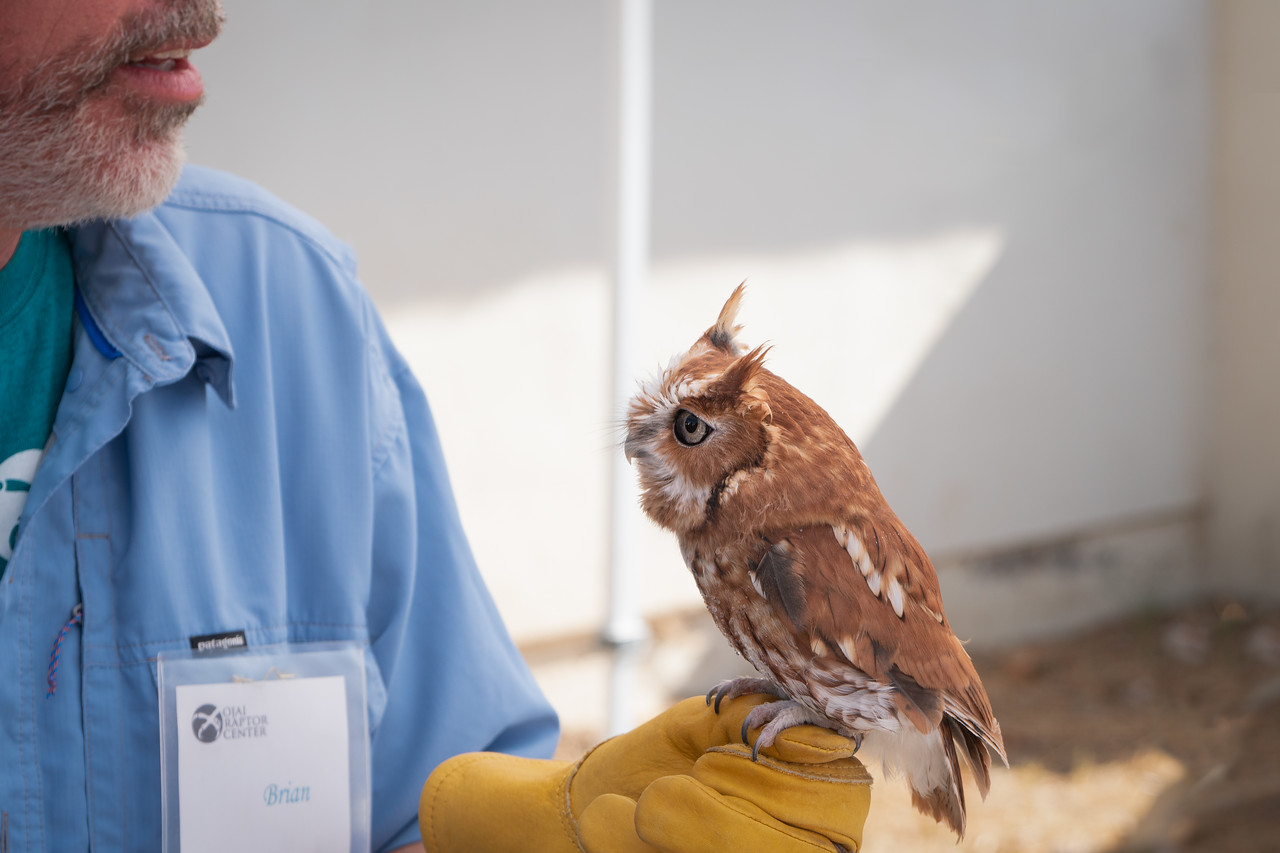 Riley and his volunteer at the Ojai Raptor Center

One of the first birds I met was an Eastern Screech Owl named Riley.  He was very cute with expressive eyes that seemed never to leave his friend’s face.

I carried my little Sony and a versatile 16-70mm lens.  Several people with wildlife lenses outclassed me.  I’ll know better next time.  Nonetheless, don’t be intimidated.  Lot’s of people were like me and squeezed up to the front to get a photo with a small camera or a phone.  The visitors were an agreeable group.

I did have to do some serious cropping on many of my images, but for purposes of this story, I think they work.  As for owls, here’s another tiny fellow.  His name is Topper. 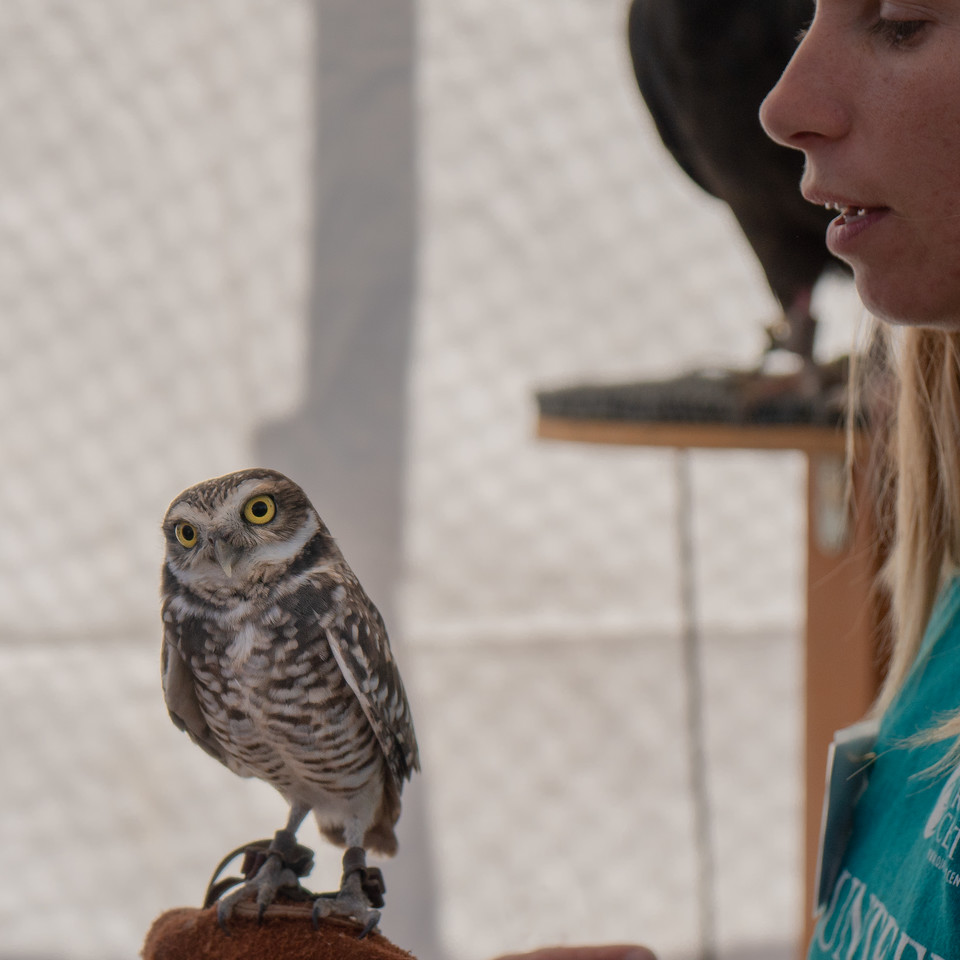 I know I’m anthropomorphizing, but I can’t help be like his jaunty stance and big yellow eyes.   Topper can fly, but not well enough to hunt in the wild.

It was a warm sunny afternoon in Ojai.  The birds felt it, and I did, too. 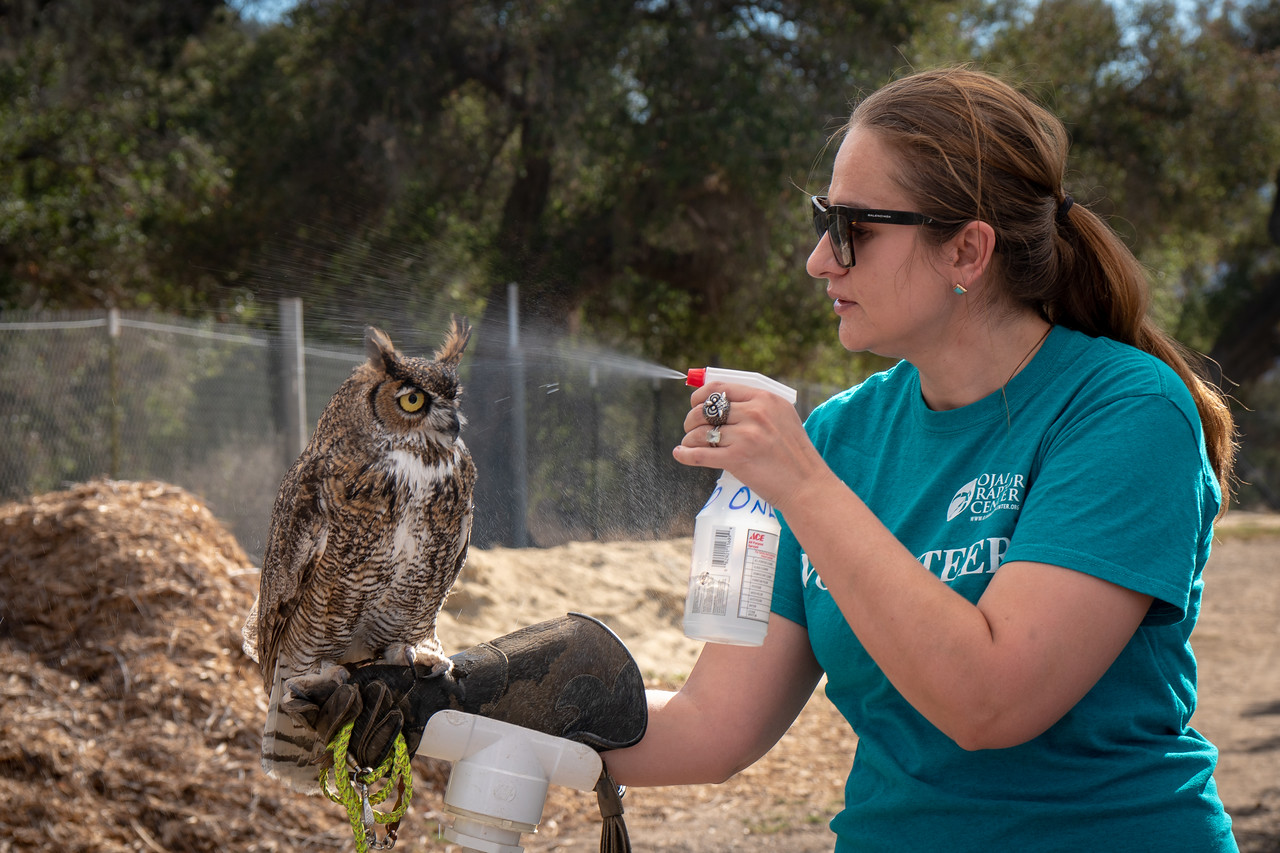 Bailey, a Great Horned Owl, getting a cooling spritz

Boy, I so wanted that bottle to turn my way!  Alas, it didn’t.

Along with owls, I saw hawks and a falcon.  Red-tailed hawks are common around my neighborhood.  I don’t pay much attention to them.  I never realized how big they are. 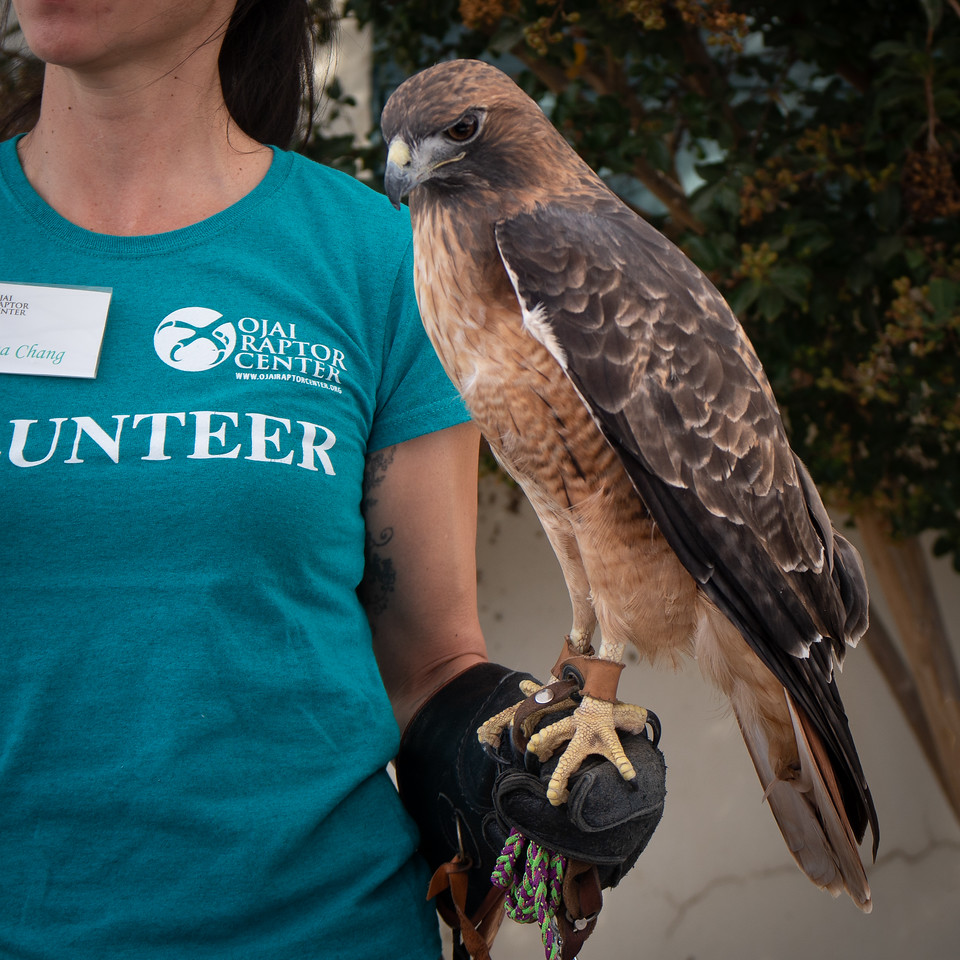 Rosie weighs a little over two pounds.  She seems to be about twenty inches long.  How does one measure length on a bird?  Beak to tip of tail?  Since I don’t know how one measures a bird, I better not comment on length.  I hope you can tell from the photo that Rosie is big.  No wonder I can see a hawk soaring overhead!

On the other hand, the peregrine falcon at the center was much smaller than Rosie.  For some reason, I thought falcons were bigger than hawks. 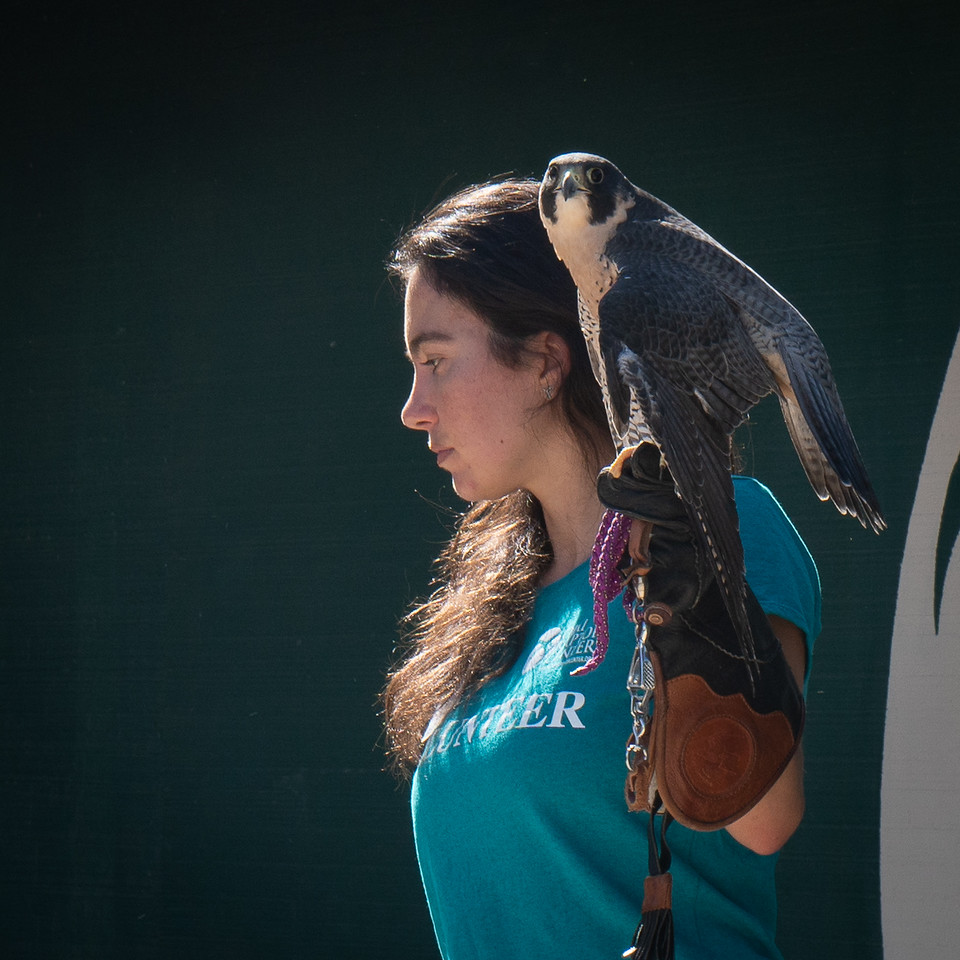 Gavin, a peregrine falcon, on stage at the Ojai Raptor Center

Falcons are smaller than hawks, but they have a bigger wingspan and fly much faster.  In addition, Gavin in the photo above has huge eyes while Rosie has a steely stare.  Frankly, I wouldn’t want either Rosie or Gavin watching me.

To see more images of vultures, hawks, kites, and others, please click here.