As part of my Lompoc trip, I planned to find a beach.  Yes, California has a long coastline, but much of the coast around Los Angeles faces south.  I was interested in a sunset photo and knew that I could find the shore just a few miles west of Lompoc.  Or so I thought.  I didn’t realize that most of it is private property.  Thank goodness I received a tip about Surf Beach!

Late in the afternoon, I drove ten miles west of town and, sure enough, there it was, Surf Beach!  Alas, the sign said it would close at 6:00 and it was 5:45.  As a result, I decided to skip walking on the beach and stood outside the fence instead. 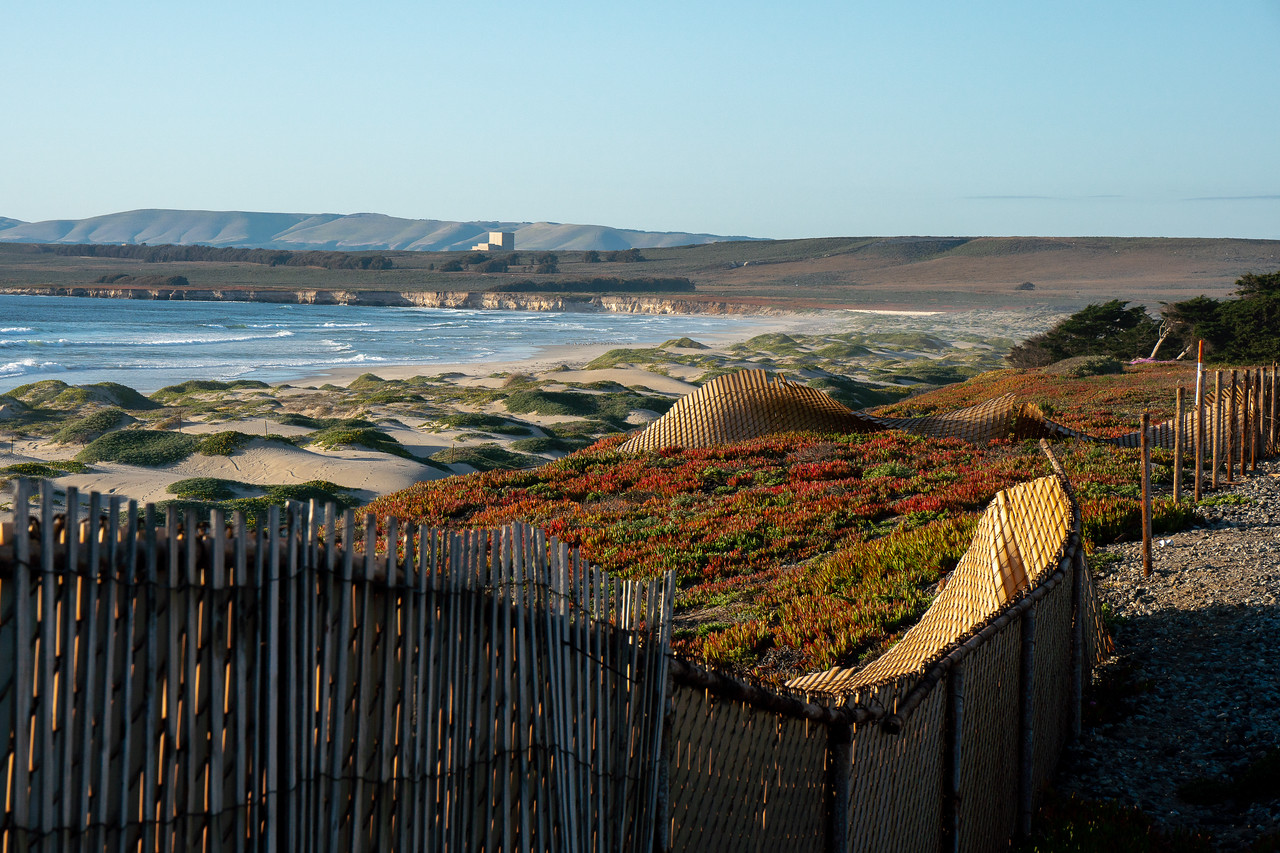 The fence outside Surf Beach.

The beach is located on Vandenberg Air Force Base.  You can see part of it in the distance.  Locals come out here to watch rocket launches.  The recent launch of InSight to Mars was a hot topic of conversation while I was visiting.

Surf Beach is also the Amtrak Station serving Lompoc and the rest of this area. The northbound train pulled in around 7:00. 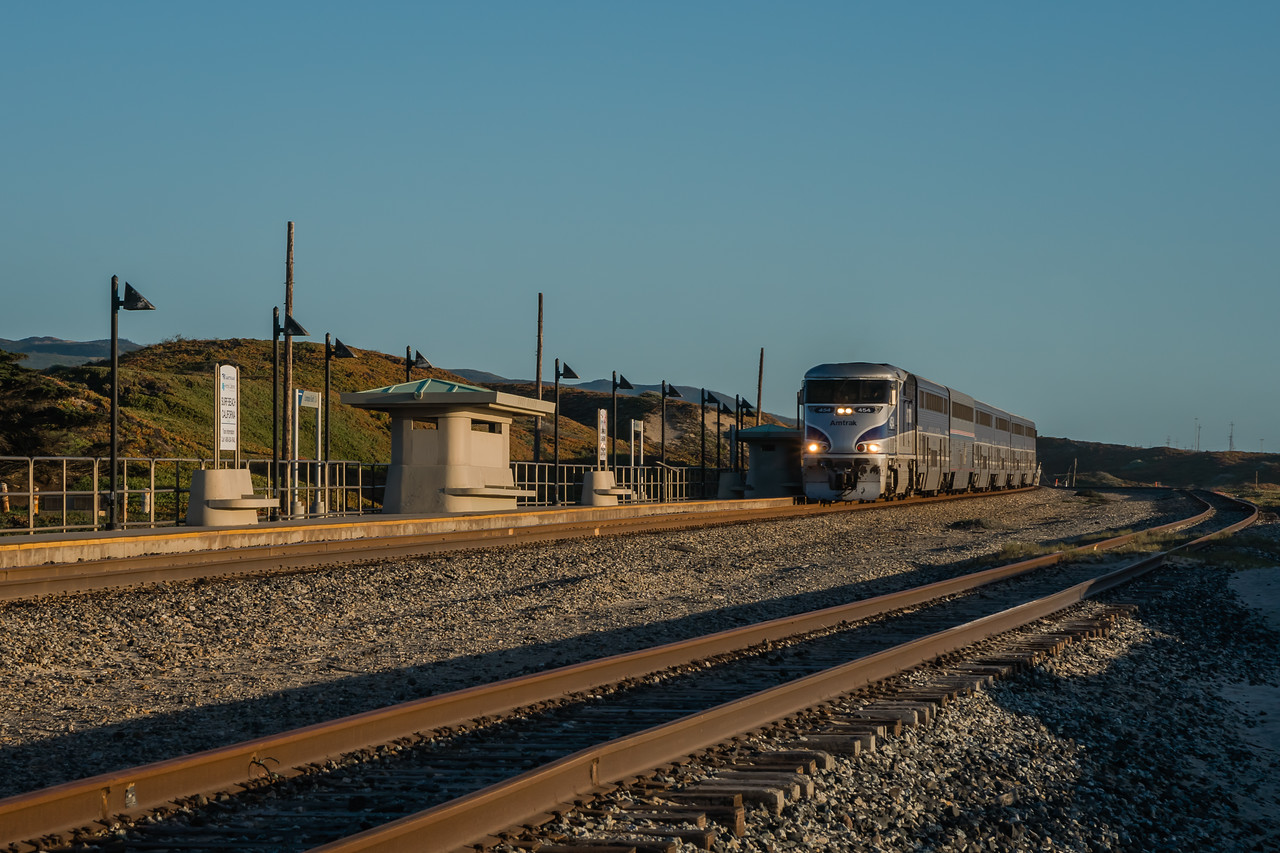 I confess I don’t usually shoot sunsets, but I packed the best gear I had.   I came equipped with my Sony A6500, a 16-70 lens, and a tripod.  That lens would have been fine to see something as large as the sun.  It wasn’t quite up to scratch for whale spotting.

Once someone said “Whales!” life became a lot more interesting.  There were several whales offshore.  You could often see their spouts and occasionally a fin or tail. 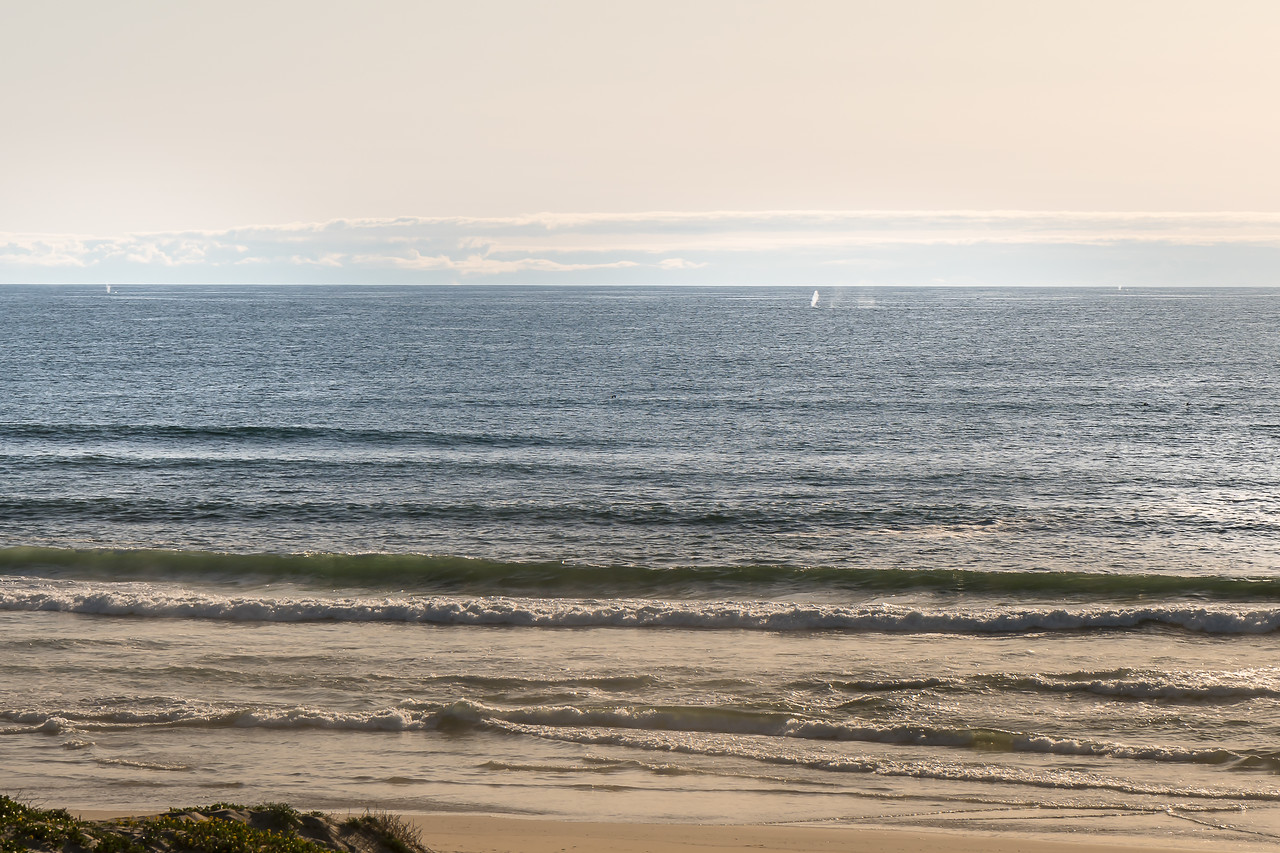 The above photo shows a spout on the far left, just at the horizon line.  There is another on the right and almost out of sight.  More prominent activity is a bit closer to shore and nearer the center of the shot.   These spouts just popped up everywhere and the activity continued for hours.

I’m pretty certain this is whale activity.  But then again, Surf Beach is known for its sharks. 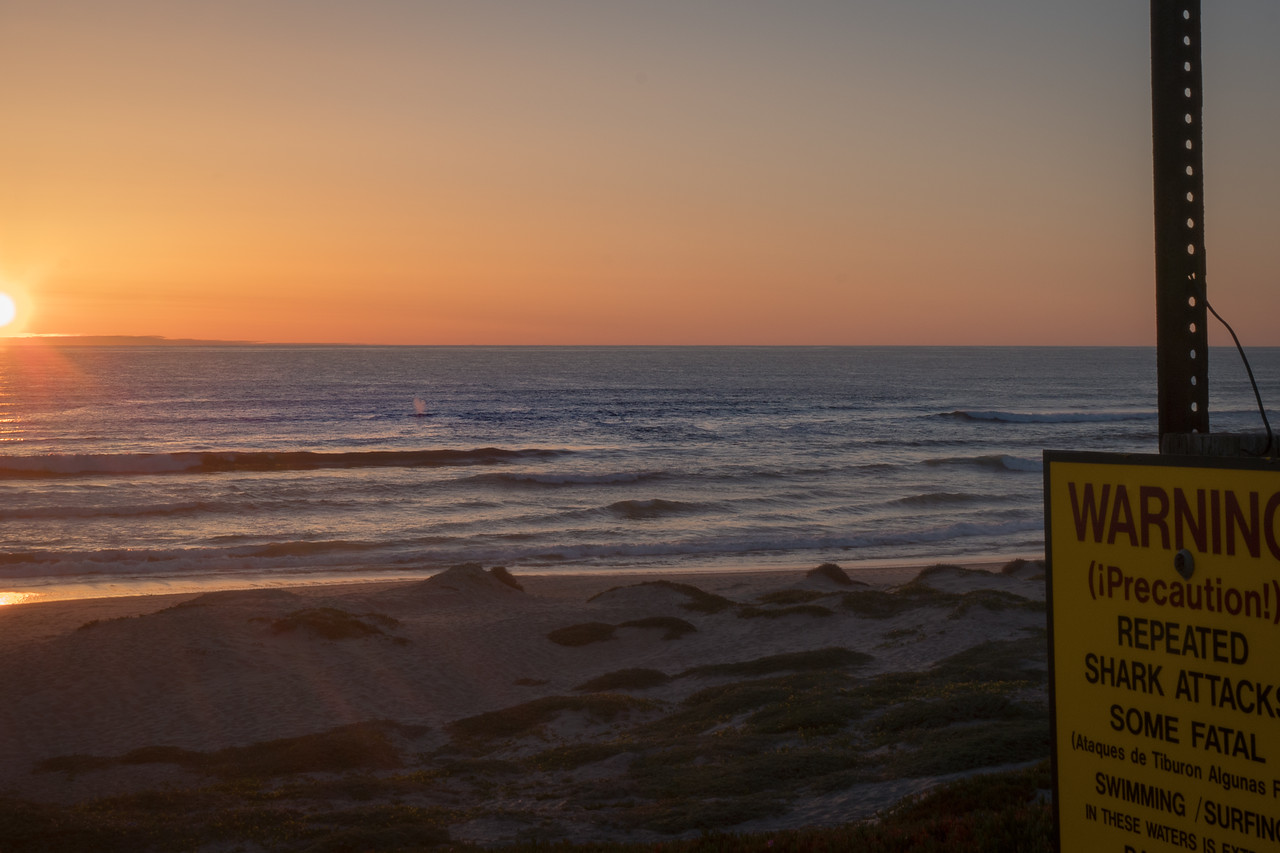 Spout near shore as the sun goes down at Surf Beach

In the above image, cropped as you may have guessed, the sign warns about shark attacks.  In addition, you can just see a spout about a third of the way in from the left edge.  That’s got to be a whale, right?

My sunset didn’t materialize.  Although I planned for a cloudy evening, the weather didn’t care about my plans.  As a result, I was met with a cloudless sky at sunset…in spite of the encouraging words from locals.

A lackluster sunset at Surf Beach

I waited until dark but, obviously, the photo never improved!  Do I feel I wasted my time by going to Surf Beach?  Nope,  I enjoyed those two or three hours during which I saw some whales, heard about rocket launches, and met people.  While there will be other sunsets, the chance to talk to people is a special treat and something I don’t like to miss.

If you’re curious about Surf Beach, it’s directly west of Lompoc.  Take Ocean Avenue out of town and you can’t miss it.  Pay attention to the rules and regulations.  The police did come and clear the beach.  They are strict about this sort of thing.  Dogs are not permitted on the beach.  That left my dog Jem and me sitting near the railroad tracks.