Months ago, during the triple-digit heat of summer, I planned a three-day outing in Solvang during Christmas time.  Doesn’t that sound lovely?  All through December, this little town holds its Julefest and I wanted to be a part of it.  Of course, nothing could be that simple. The drive isn’t long.  My friend and I, plus my dog Jem, planned to take a couple hours to get there, however things don’t always go according to plan. More on that later.

Let’s start with the positive! Solvang is known as a Danish town with several windmills prominent on the skyline. 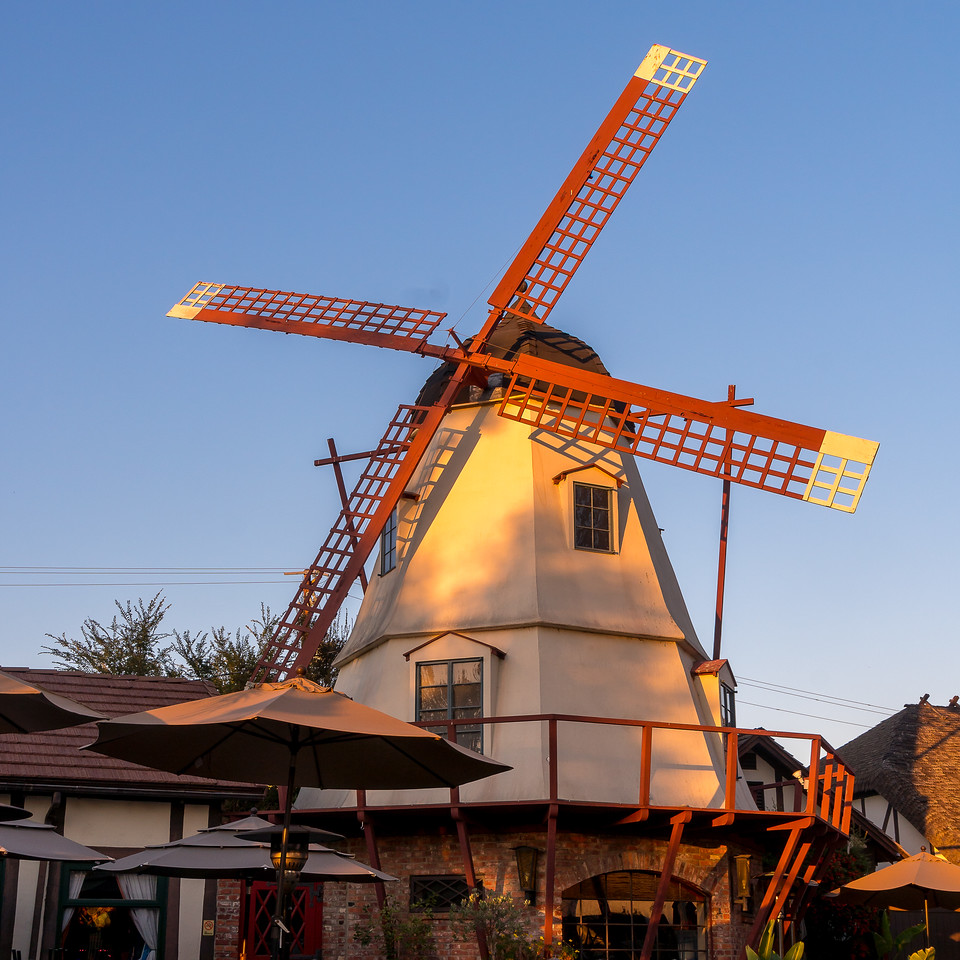 Windmill, part of the Solvang Brewing Company, in the late afternoon

I walked about some, during the afternoon.  I wanted to get a feel for the town and then try to decide what to photograph.  There were lots of Christmas lights but capturing their glow was difficult.  Shoppers and traffic were busy at this time of day.

The Jule Hus was all aglow as traffic zoomed past

I called it a day and tried again the next morning.  There certainly were fewer people about at dawn!  The light was lovely then as well.  Jem and I explored several streets and found many shops with Christmas trees beside their doors.

Solvang is known for its bakeries.  For such a tiny town, they have a large number of bakeries! I didn’t give into temptation but I did photograph a couple shop windows.  Vicarious enjoyment, I guess.

Solvang was brightly decorated and it appeared Santa would be in the park on the weekend.  The big parade was scheduled for a couple days after I left town.  The shop windows were gaily decorated. 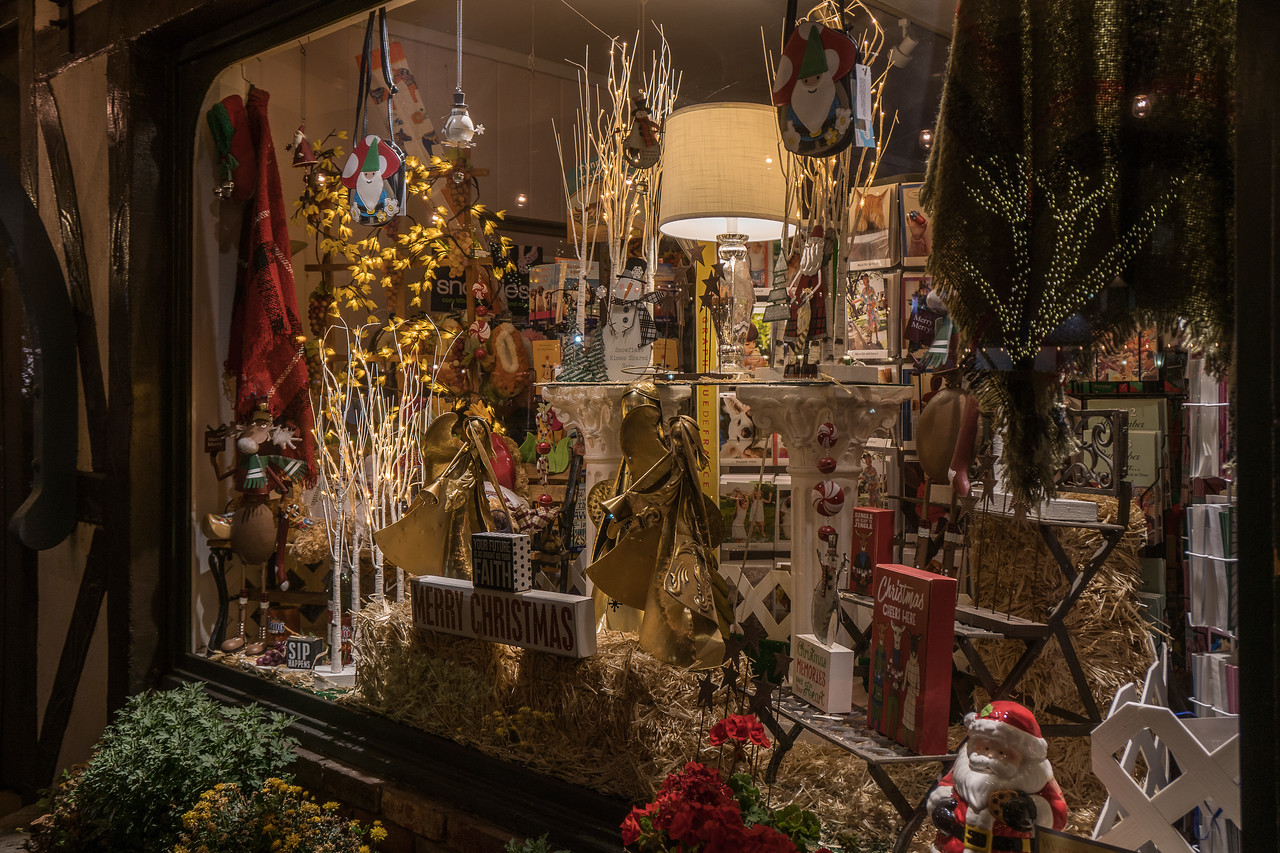 It was a lovely little trip with friends, food, fun and…fire!  Southern California is on fire as I write this story.  We drove up through Ventura and all the smoke.  Our hotel was a haven for evacuee families from the small town of Ojai.  No one knew when they would return home, or if their home would be there.

The drive home was worse than the drive up.  Flames were still burning along the freeway.  The sun was bright red!  I’ve never seen anything like that before.

My takeaway from this trip?

I wasn’t the only one enjoying the moment.  These two children also had visions of sugar plums.

The fires will eventually die down.  When they do, consider a drive to Solvang.  Eat some pastry!  Take the dog; it’s a dog-friendly place.  And just enjoy a little holiday spirit.

I certainly learned about friendship, family and what really is important in this life.  And I hope that by the time this story goes online, all those displaced families are home and safe.