I thought I was finished writing about Scottish castles when I remembered one more.  How could I forget Urquhart on the shore of Loch Ness? This wasn’t a fancy showplace home but a castle that had seen more than its share of fighting.  All that remains of Urquhart is a ruin.

But what an impressive ruin! 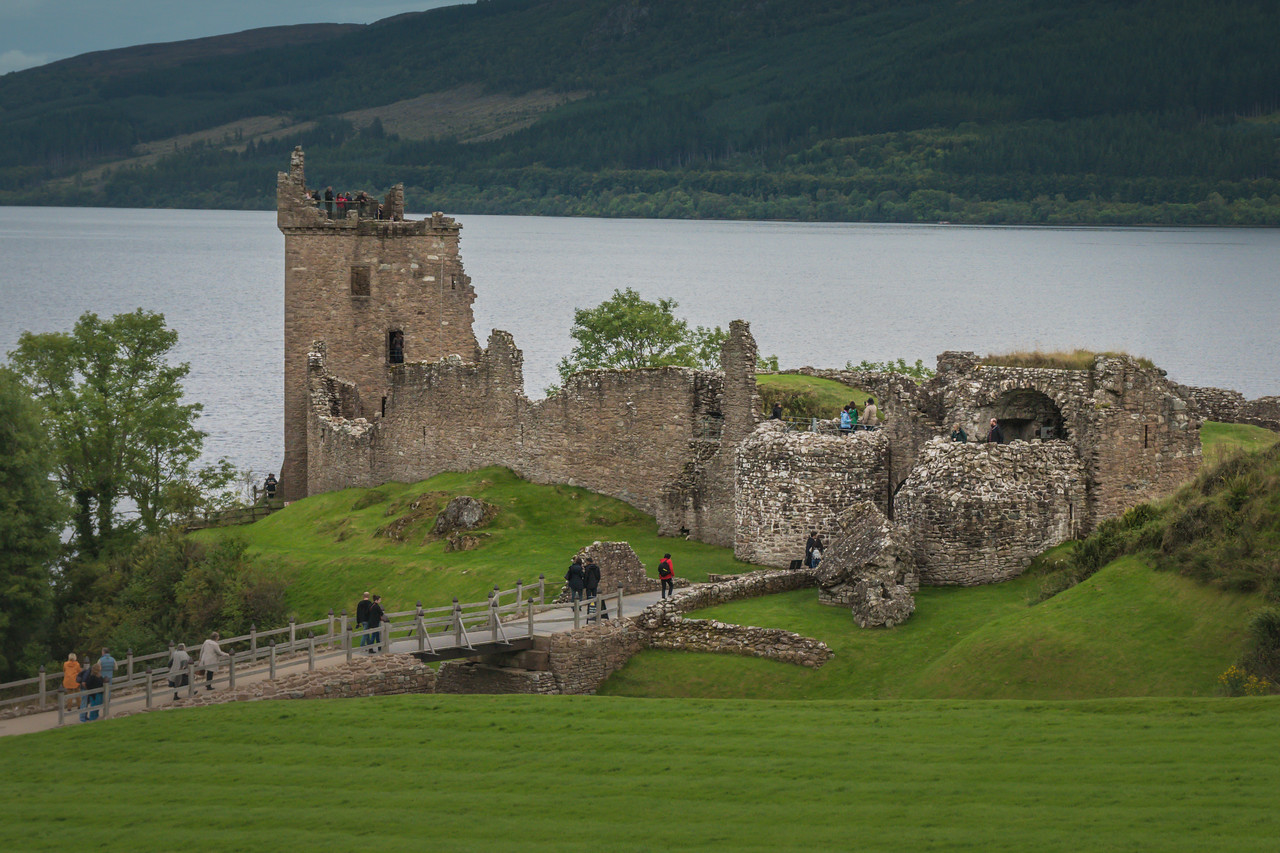 Urquhart Castle and Loch Ness as seen from the Visitor Center

Only a portion of it appears in the photo above but it does give one an idea as to how this fortress must have looked three hundred years ago.  The tower and gate are still standing while other sections are not as well preserved.

What happened here?  For five hundred years or so, from the time of the Wars of Independence to the Jacobite fighting, this structure was in the thick of it.  At some time,  the MacDonalds may have held it; if nothing else they raided it often.  They must have been a fierce bunch; their name comes up frequently.  The Clan Grant also held the castle and perhaps they gave the tower its name: Grant Tower.

Grant Tower with Loch Ness in the background

Fighting seemed to go back and forth in the Highlands.  I won’t even try to explain it.  I’ve already attempted to explain the Jacobites and that was difficult enough.  Once the king of Scotland became the king of England, the titles and numbers are just too much for me.  Suffice it to say, that England’s James II was Catholic.  He was deposed in the Glorious Revolution of 1688.  He fled the country but twenty years later he returned to win back his crown.  The Latin form of James is Jacobus, hence his supporters were Jacobites.   Did any of that make sense?

With the Jacobites causing all sorts of trouble, the government forces held Urquhart Castle.  When they left it, they blew it up rather than leave it for the Jacobites to use. 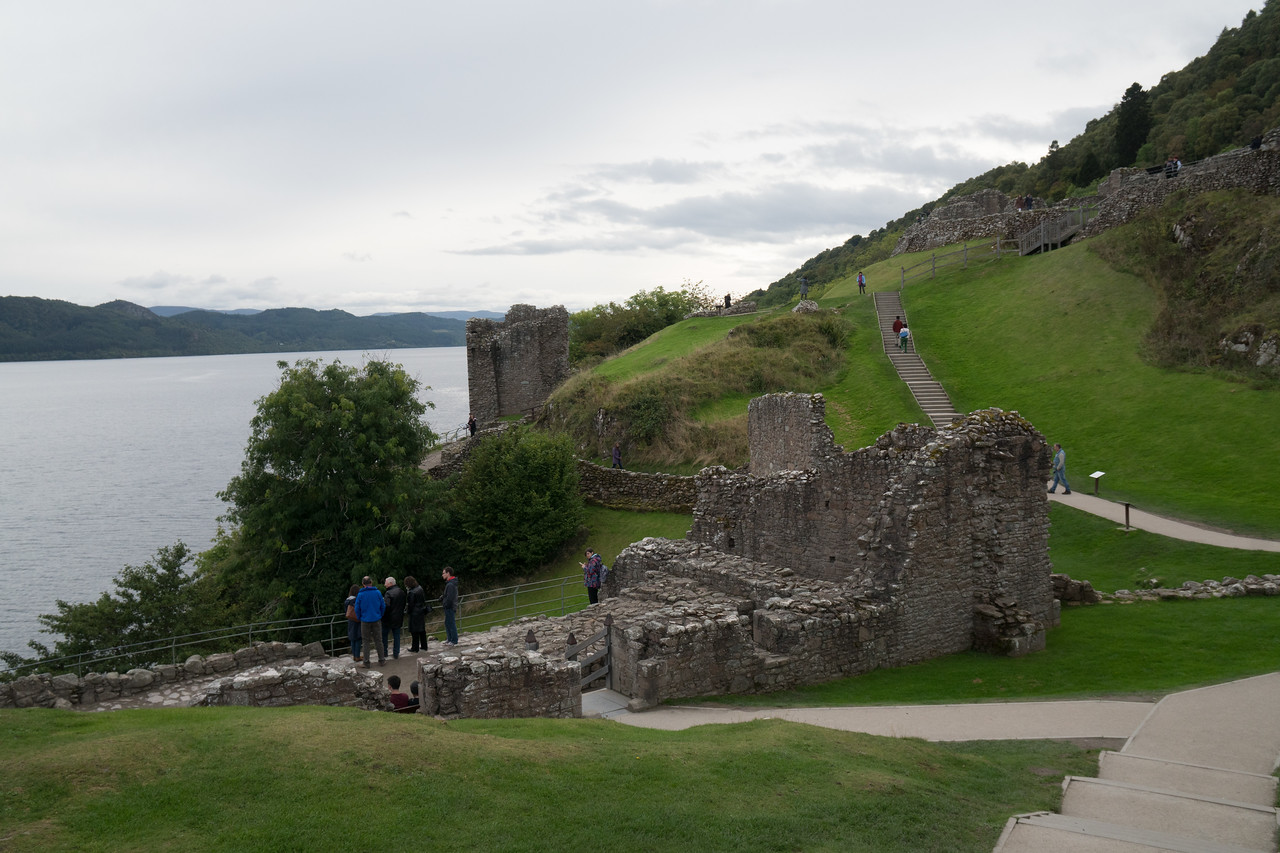 Urquhart Castle as seen from Grant Tower…notice all the steps!

They made a good job of it.  The castle has been in ruins ever since.

Does one need to know all this history to appreciate this place?  Not really, although it helps.   I enjoyed finding a quiet spot to sit and ponder the people who lived here long ago.  It was a wild and rugged world, one for which I’m not at all suited.  Still, it’s interesting to think about it and try to make sense of it.

This is a great place to get a glimpse of what a castle was really like.  The size of the place is one thing that impresses.  Another is the strength of the walls. 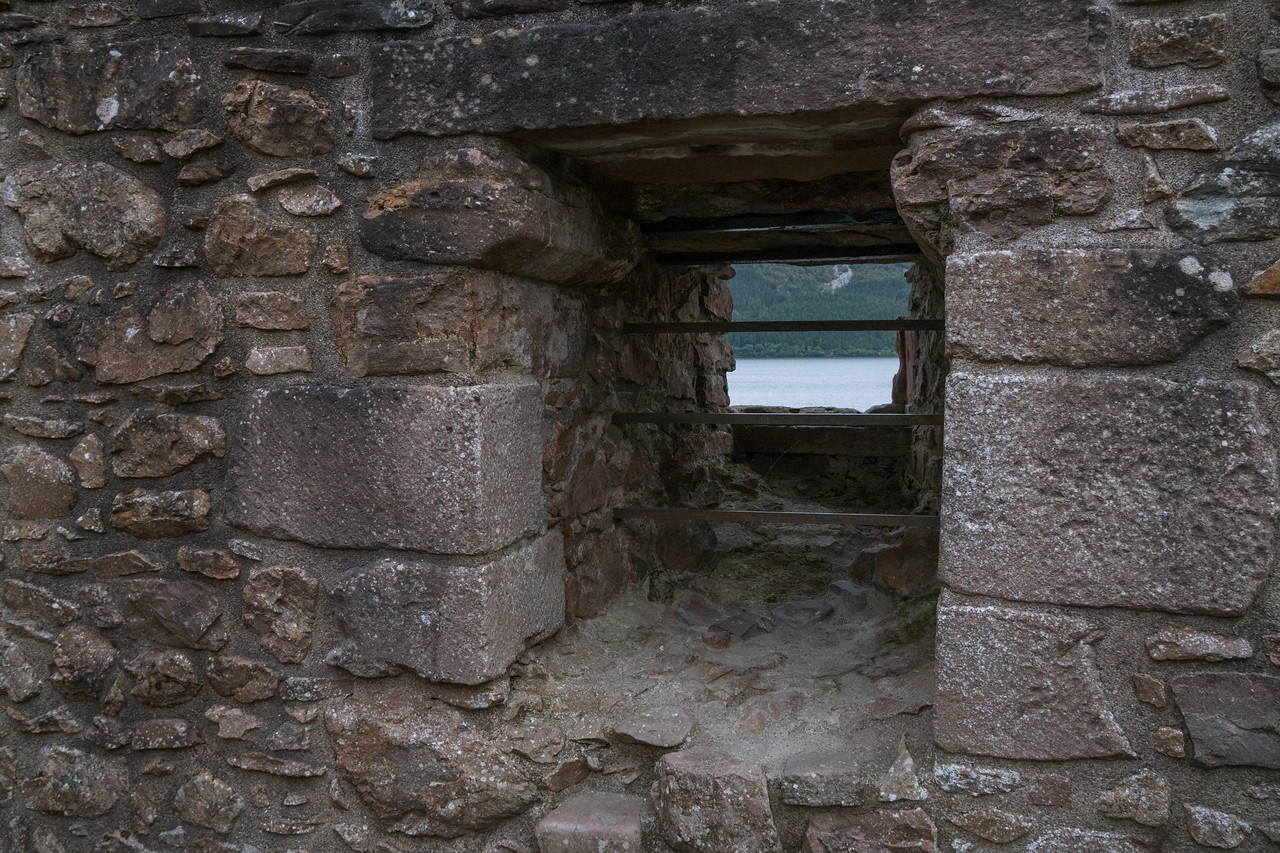 This wall felt like it was three or four feet deep!  The stonework was massive.  I climbed Grant Tower, always a bit scary because the steps seem so narrow.  This was a true fortress built next to the lake with a ditch across the front should anyone approach by land.

The ditch fortifying the land-side of Urquhart Castle

I wouldn’t want to climb down through there and then try to storm the walls.  I would be a sitting duck!

In the end, the castle wasn’t taken.  And now here it is still standing proud.

As for my photos, if you would like to see a few more images from my gallery, please click here.