Spring in southern California means perfect weather for strolling about this year’s WonderCon Anaheim.  My family and I made the drive to Orange County on Saturday.  This is my second WonderCon outing; last year I wrote about it when it was in Los Angeles. Returning now to Anaheim, the convention celebrates comics and related science fiction/fantasy entertainment. As such it is a mecca for cosplay costumes.

Members of the 501st with Matt the Radar Technician

WonderCon is also a place where you can leave the real world behind, dress up, look for toys, and have fun with friends.

As part of our fun, we considered visiting some panel discussions.  There was a Tribute to Jack Kirby but it was on Sunday and we would miss it.  I’m a big Jack Kirby fan and have been since the Silver Age  of comics.  Ashley Eckstein had several Her Universe fashion panels, but once again we didn’t attend. The excitement in the Exhibit Hall was too compelling!

A fan shopping in Artists’ Alley at WonderCon Anaheim 2017

There was so much to see!  We strolled the rows known as Artists’ Alley.  Approximately 400 artists had work on display and for sale.  We were careful to not buy anything larger than we could carry. We weren’t the only people looking for something new and different.  Artists’ Alley and the various creative prints were popular.

We are always watching out for costume ideas and, of course, everyone needs a new blaster now and then.  The Exhibit Hall was the place for that kind of thing.  There was a wide assortment of props and pegged figures.

Comics are still available as well.  I like this photo of Batgirl delving into the boxes looking for just the right book.

I happened to turn as we were walking buy and tried to catch a shot of her.  Alas, I was jostled by the crowd and it’s a bit soft.  Nevertheless, I like the title of the book she’s holding.  It makes this shot more interesting.

The convention is kid friendly. I saw many children in costume.  The Los Angeles International Children’s Film Festival was on the third floor.  They were showing short films and had workshops for kids.

For bigger kids, the droid builders were on hand.  Mouse droid races were running throughout the day.  Everyone loves the Star Wars droids and flocked to the booth to get a photo with R2-D2 and company.  I like the following photo of the droid BB-8; the donuts box is a nice touch. 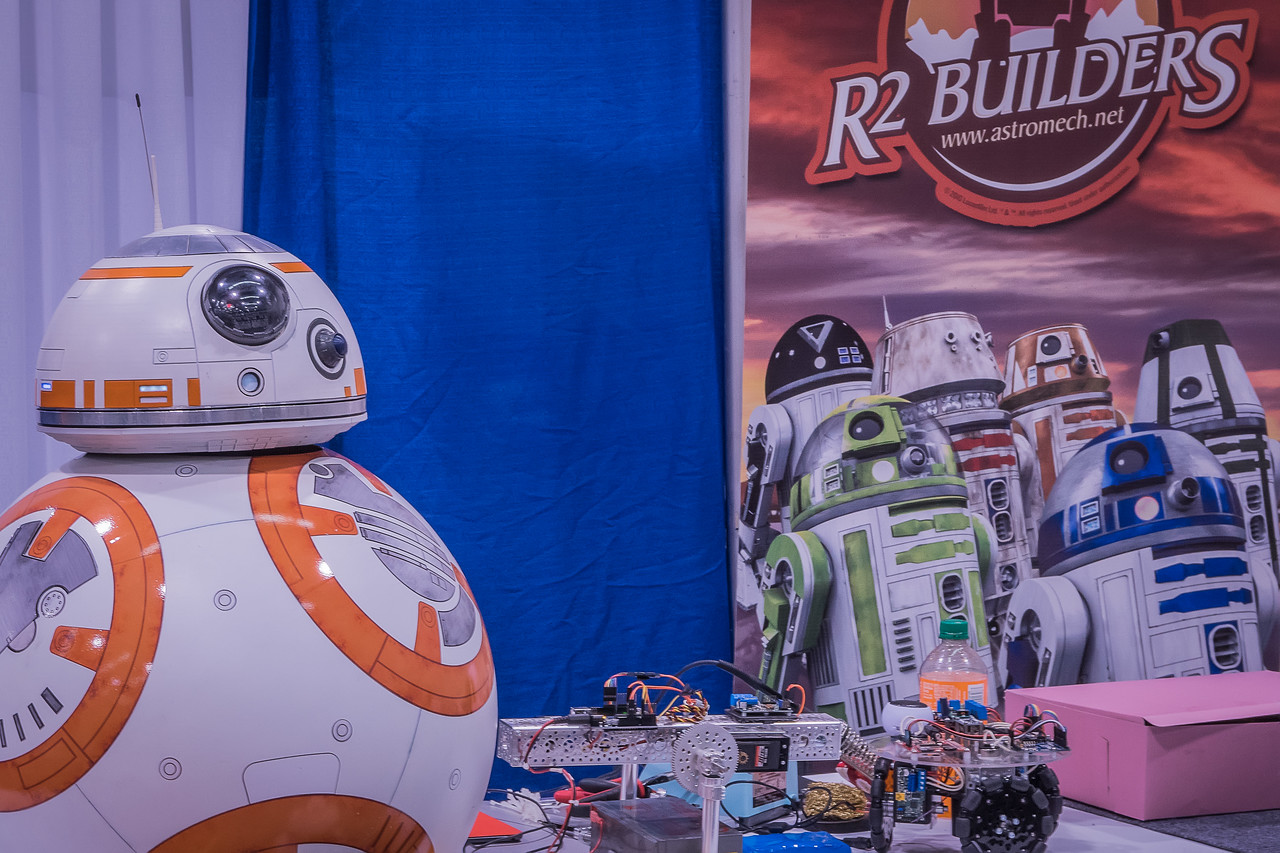 Whether you want to look into new technology, shop for bargains, or just enjoy the color and creativity, this event is a great place to spend some time.  The con is over now but if you missed it this year, there’s always 2018 when WonderCon Anaheim returns March 23-25.

To see more images from WonderCon 2017 check out my gallery.