What better way to start the new year than taking the train to Pasadena to see view the 2020 Rose Parade floats?  Between the parade and the football game, one wouldn’t think anyone would visit the Showcase of Floats.  Think again. People were eager to see these creations up close.

All the floats stressed the Power of Hope, this year’s Rose Parade theme.  Some were obvious; others offered a playful appeal to the future.  One such was from the Kiwanis. 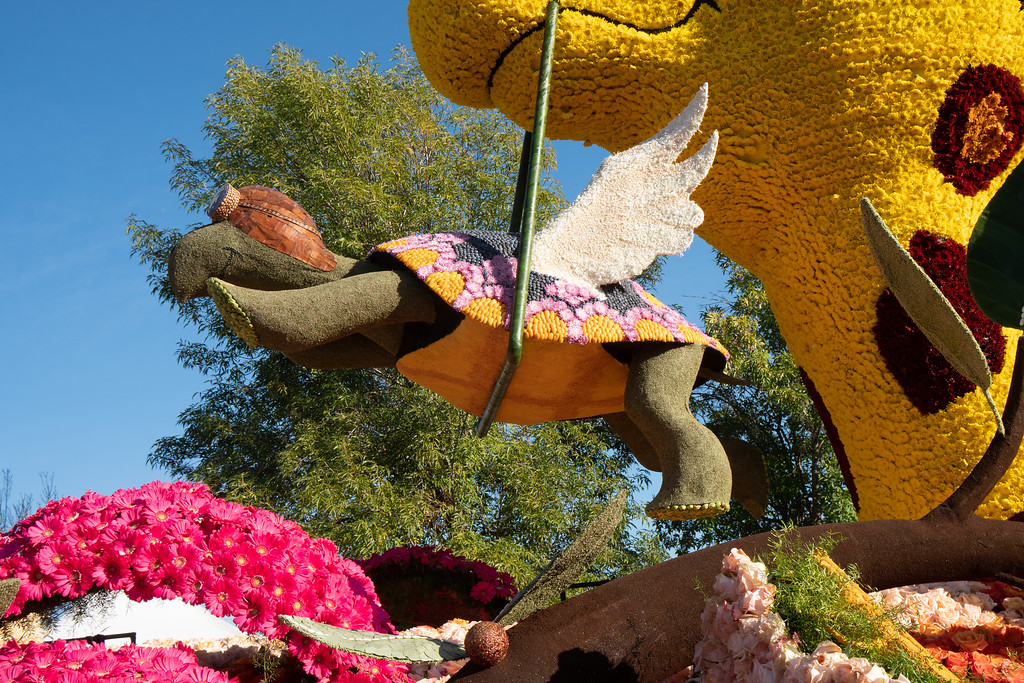 The Kiwanis float, Soaring with Hope.

The photo above is just a tiny section of the float, but it gives a good example of the whimsy displayed.  The float was created by Fiesta Parade Floats.

Another joyful float came from Northwestern Mutual.  It is titled “Spending Your Life Living.”

The 2020 Tournament of Roses float from Northwestern Mutual

These happy llamas are vacationing on the Llazy River.  Once again, this float is created by Fiesta Parade Floats.  It contains 20,000 blue irises, white roses and dendrobium orchids for the water.  White coconut chips shape the waves.    The float won the Fantasy Award for outstanding display of fantasy and imagination.

You can’t have Rose Parade floats without people.  Some cities build their floats.  Others hire builders like Fiesta Parade Floats or Phoenix Decorating Company.  It doesn’t matter.  It all comes down to volunteers. 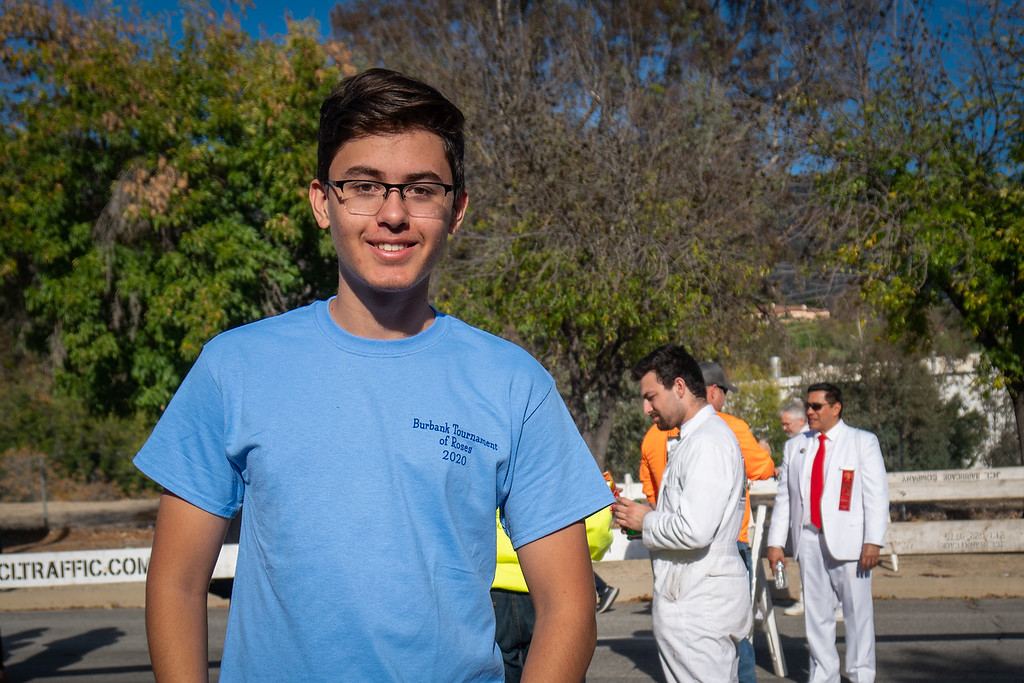 Young volunteer who did welding on the Burbank float

Some are young, and others have been volunteering for years.

This man has worked on several parades!

All these volunteers were eager to explain the story of their float, how it’s driven, and how many hours it took to make it.  Float viewing is an eye-opening experience!

The rose parade floats make people happy.  The crowds gather by the thousands to stroll Washington and Sierra Madre Boulevard.  Everyone wants to get a close-up view.  They’ve seen the parade on television since childhood.  This Showcase of Floats is a great way to take one’s time, and take a few family photos, too.

Who wouldn’t want a picture in front of this train?  I always tell myself I’ll show some dignity, but in the end I take far too many photos, including family shots with our favorite rose parade floats.

As I said above, I took a lot of photos.  To see more of my images, please click here.