In July the nominations for the 2019 Emmy awards were announced, and there are several categories devoted to Costume Design.  Of course, it follows that the FIDM Museum and Galleries is currently featuring an exhibit of television costumes which includes some of the nominees.  How could I resist?

As many readers know, I often explore museums, whether vintage automobiles or fashion designs.  There’s something about the color, intent, and character in each piece that appeals to me.  Costume designers showcase the personality, experiences, and circumstances of the television character.

Maxine and Nadia from Russian Doll. Costumes by Jennifer Rogien

Maxine wears the colorful, eyecatching green, while the birthday girl, Nadia, stays true to her personality of being cautious and protected by her layers.

Certainly, one doesn’t have to look for hidden meanings and personality traits in each costume.  Some are fun and unusual.  The display for The Maxed Singer fits this description. 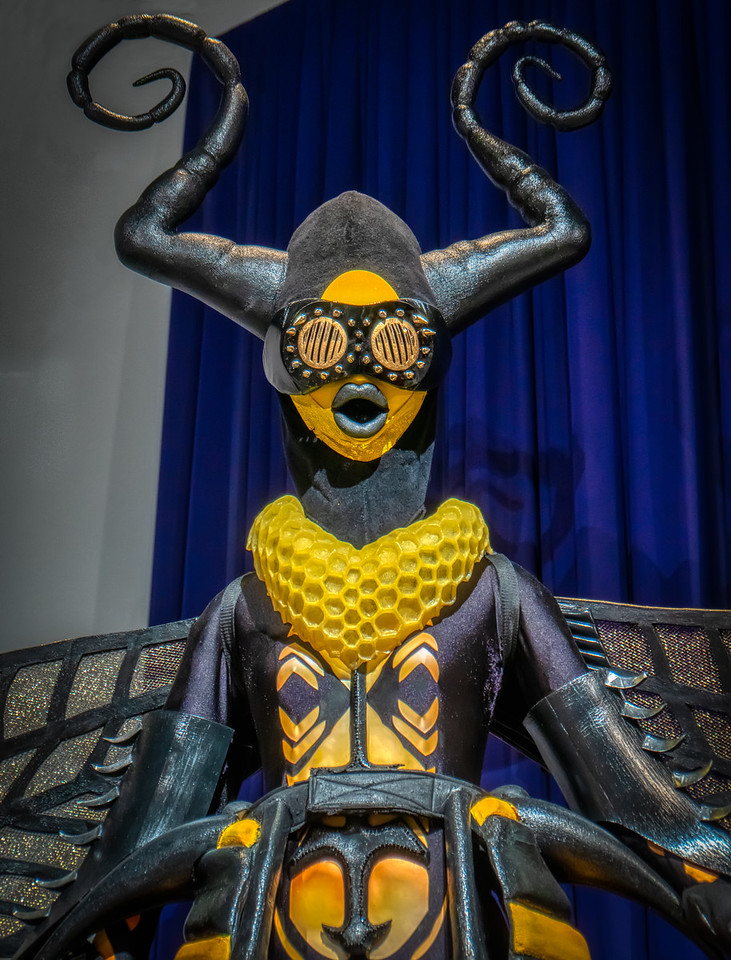 I’m not certain how one can sing while wearing such an outfit, but I guess it’s possible.

A history of Emmy Awards

A review of television costumes wouldn’t be complete without mentioning Game of Thrones.  I may have lost count, but I think designer Michele Clapton has won half a dozen Emmy awards for her work on this series.  Oh, and yes, she’s nominated again in 2019.

Detail of the costume for Game of Throne’s character, Daenerys.

Notice the dragons on her shoulder.

This year’s exhibition at the FIDM Museum features examples from several television programs.  Not all of these are Emmy nominees.  The Academy of Television Arts and Sciences has four categories for television costumes.  All are represented at the exhibit.  For instance, The Masked Singer mentioned above is nominated for Outstanding Costumes for Variety, Nonfiction or Reality Programming. 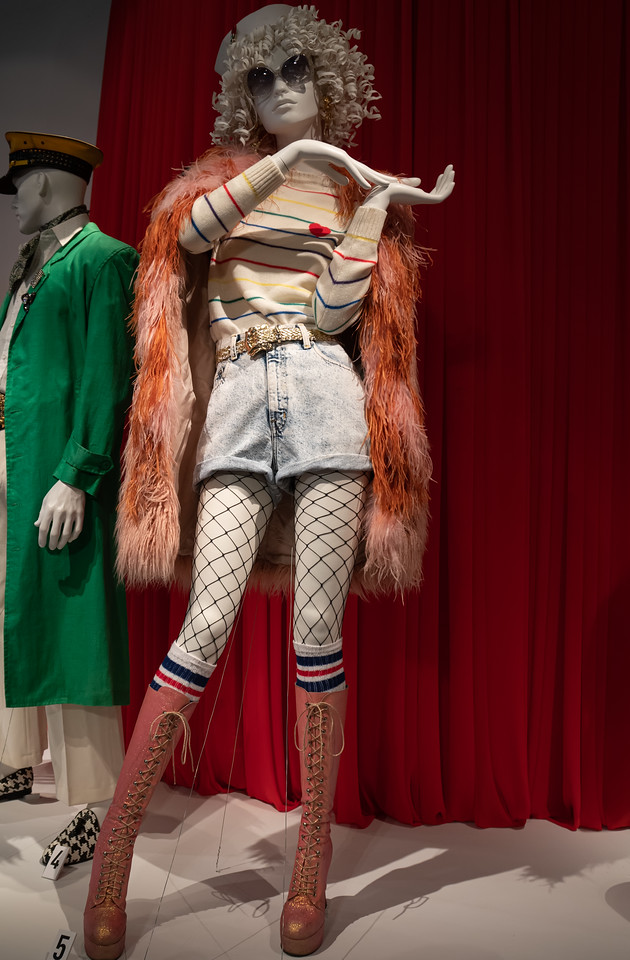 In the Period Costume category is this design my Lou Eyrich.  The character is Angel, from the program, Pose.

The End of it All

The biggest category is that for Fantasy/Sci-Fi.  Game of Thrones fits that category, as do many other images I’ve included in my gallery.  I’ll close with a mini-series from Amazon.  The designer is Claire Anderson.  The television costumes for Good Omens aren’t as spectacular as those for the massive Game of Thrones story.  After all, the only thing happening in Good Omens is Armageddon. 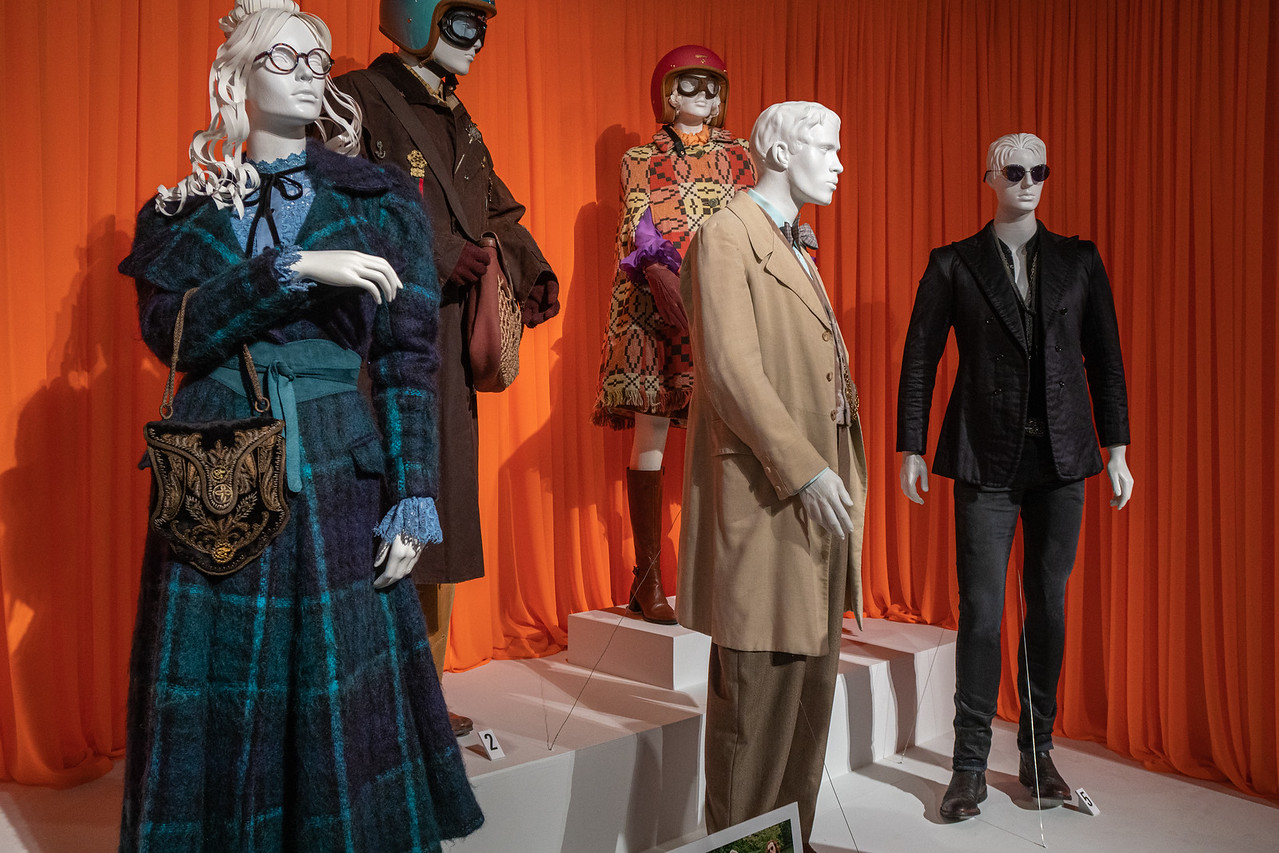 Anathema Nutter, Sargeant Shadwell, Madame Tracy, Aziraphale, and Crowley at the crucial moment before the End.

The Emmy Awards ceremony takes place on September 22, 2019.  Before then, if you’re near Los Angeles, stop by the FIDM Museum and Galleries and see this great exhibit.

Meanwhile, you can view more images by clicking here.