New Year’s Day and Pasadena are synonymous, which results in crowds camping overnight, lining the streets, and preparing to see the granddaddy of parades.  The Rose Parade, like much of Pasadena, is cloaked in tradition.  For instance, it’s never held on a Sunday.  My traditional response to the event is to stay far away from Pasadena!  This year I made an exception and accepted my daughter’s invitation to visit and view the Showcase of Floats.  I’m glad I did.

Rose Parade Floats in all their detail!

We’ve all seen the Rose Parade on television at one time or another.  To see the floats up close is something special.  During the parade, the broadcasters talk about the various flowers used on each.  I never can keep track of them or identify anything other than the roses.  Walking the line of forty-some floats, gave me a good view of all kinds of flowers!

Seeds, beans, grains, and flowers create texture, color, and detail.  No surface is left unadorned.  Many Rose Parade floats used whole fruits and vegetables.  I saw apples, oranges, eggplant, tomatoes and cauliflower to name a few.  I admire the creativity and hard work that go into these floats.

Another great example of the textures that can be created using plant matter is the squirrel on the carousel. 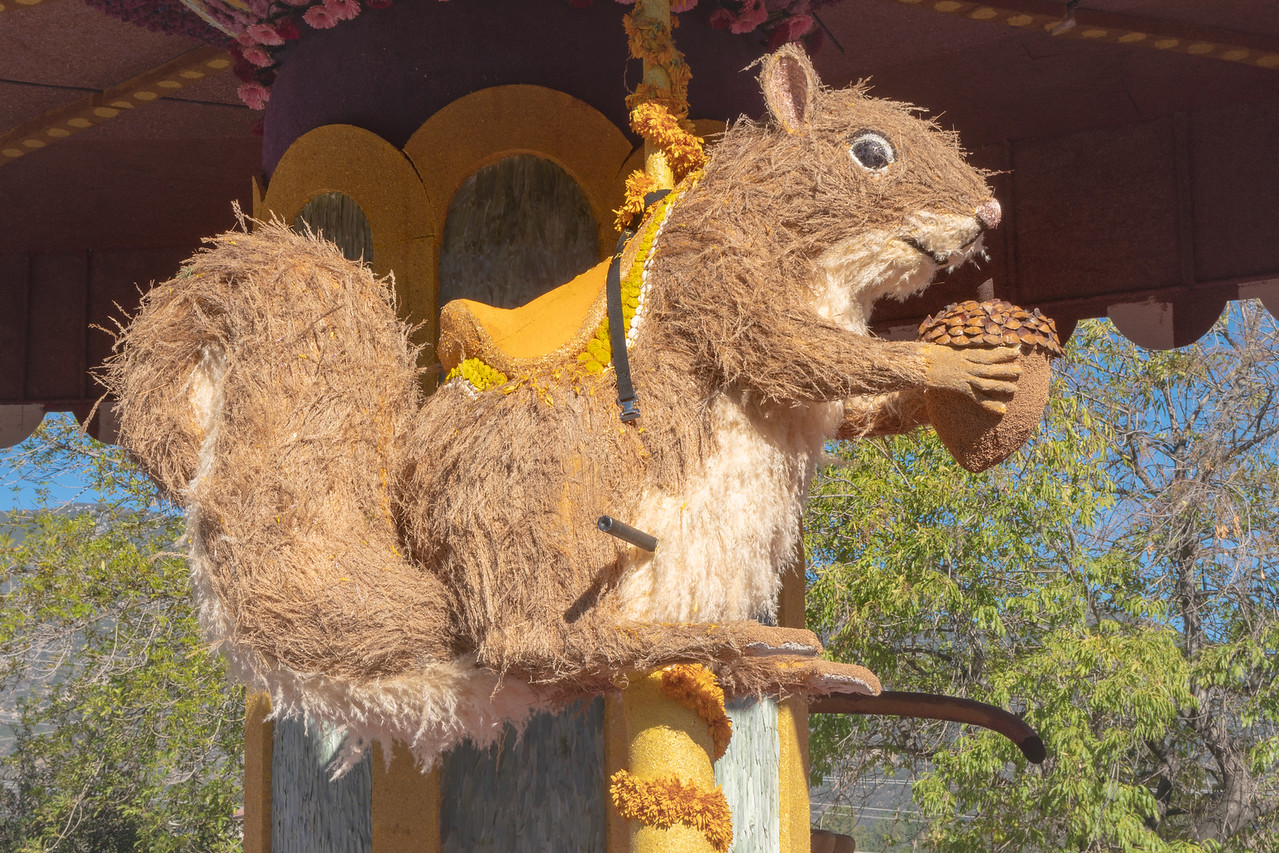 Squirrel, one of the carousel animals on the Farmers Insurance float.

I want to reach out and touch him!  Of course, he was on the other side of a barricade and out of bounds.  This float won the Queen Trophy.  Phoenix Decorating Company built it.

Commercial companies are not the only participants in the parade.  Many floats represent local cities and towns. The sense of community appeals to me.   I confess my favorite town is Sierra Madre, probably because I used to live there long ago.  I still drive through just for old time’s sake.  It makes a nice change from slogging along on the freeway. 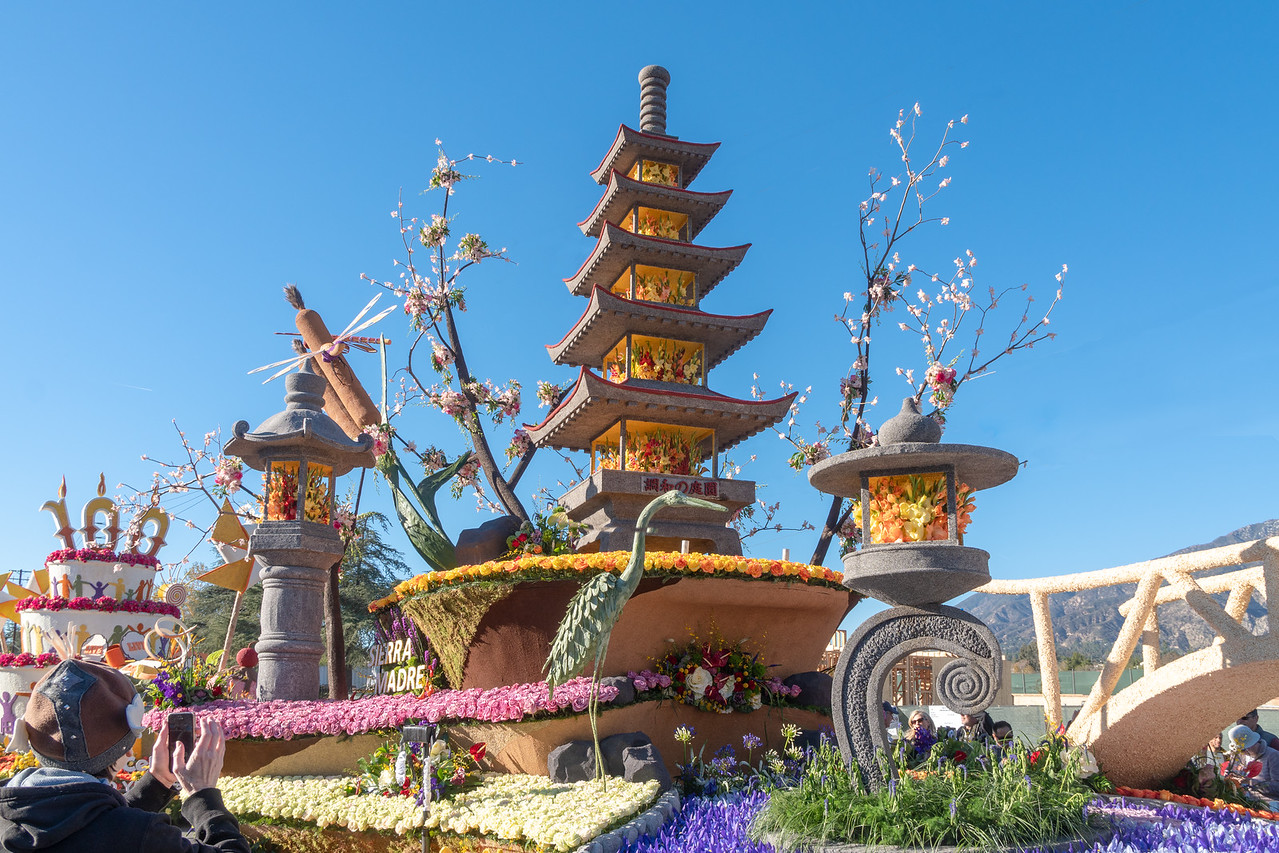 Sierra Madre’s float “Harmony’s Garden” is in keeping with the parade theme The Melody of Life.

Sierra Madre citizens help build the float.  This float was always mobbed by people.  The town is right next door; everyone must have come over to see their float.

Rather than bore you with images of every float, I’ll show one or two that I thought were imaginative.  Dole Packaged Foods won a trophy for their aquatic float.  I liked all the details on the fish!

Rays swim by on the Dole Packaged Foods float

It was a colorful and interesting float. The rays look like they’re moving.  There were also sharks, fish, an octopus or two and lots of floral seahorses.  Fiesta Parade Floats built this float; they are noted for winning prizes.

On the other hand the self-built floats, like that of Sierra Madre, always appeal to me.  Cal Poly University participates in the parade.  The Pomona and San Luis Obispo campuses each work on half of the construction.  The float comes together on New Year’s Day.  This year’s entry, “Far Out Frequencies” won a trophy.

Far out astronauts with a musical twist.  All the floats relate to The Melody of Life theme.

If you’re looking for something different for New Year’s fun, you can’t go wrong by taking a look at the floats display.

To see more images from my adventure with the horses or the floats, please click here.