In the Cucamonga Valley, the name Joseph Filippi means wine.  Yes, I know California is known for its wine and one usually thinks of Napa and Sonoma, the current giants in the industry.  However, let’s back up a bit and consider where it all began nearly two hundred years ago.  While many ranchos had personal vineyards, the oldest commercial vineyard in the state is reputed to be Thomas Winery in Rancho Cucamonga.  It was founded in 1839.  The area is now a strip mall, and the winery building used for something else, probably a restaurant.  The area still bears the Thomas Winery name and vineyard artifacts adorn the landscape. 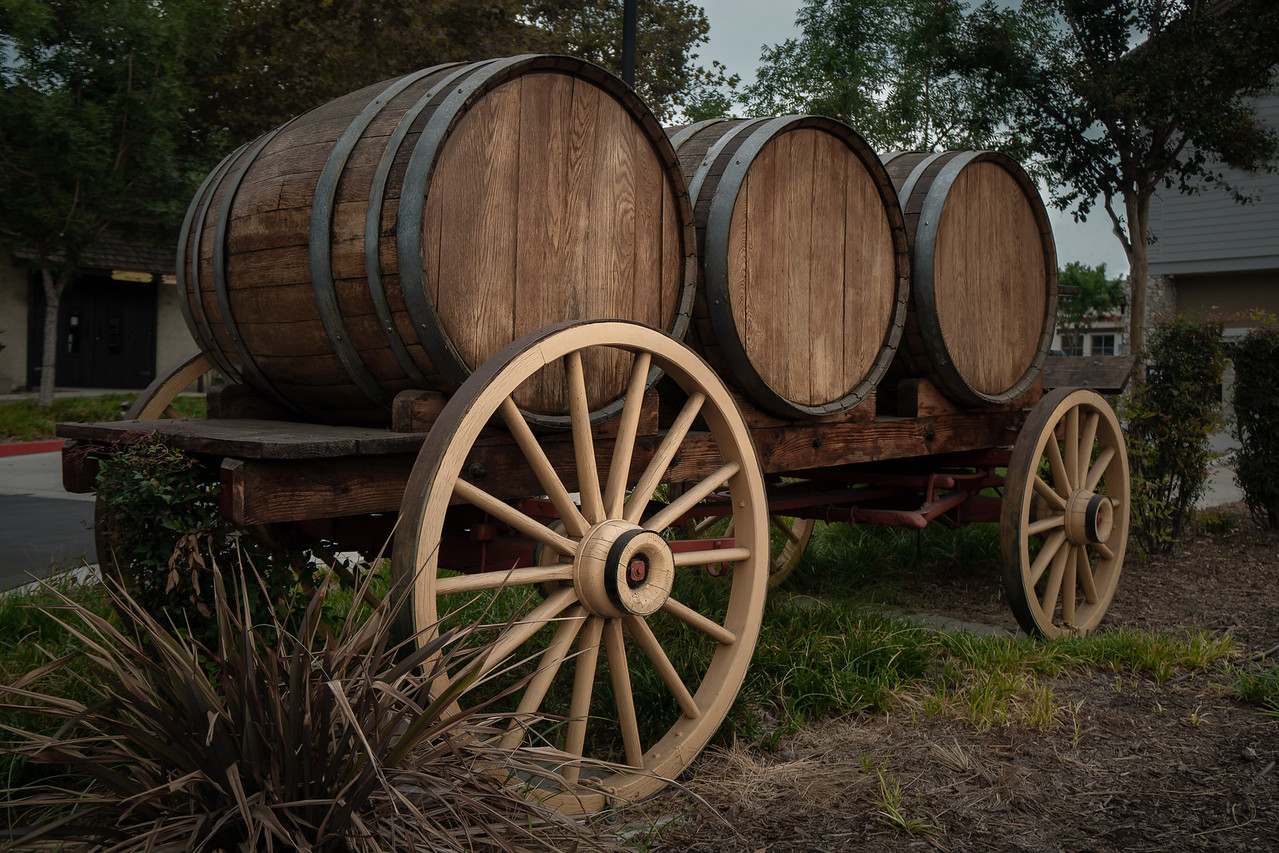 Wine barrels on a wagon at the Thomas Winery Plaza

Rancho Cucamonga perpetuated the vineyard tradition through its civic symbol, a cluster of grapes.  Alas, there aren’t many vines in the area these days.  Most of the vineyards are now homes, part of the sprawl from Los Angeles.  Which brings me to my recent visit, my wine tour, at Joseph Filippi Winery, a place formerly out in the middle of nowhere but now surrounded by new houses and stores.

A visit through the dark places

The tour wound its way through the back rooms and work areas of the winery.  Immense vats holding ports and sherries dwarf the visitor. 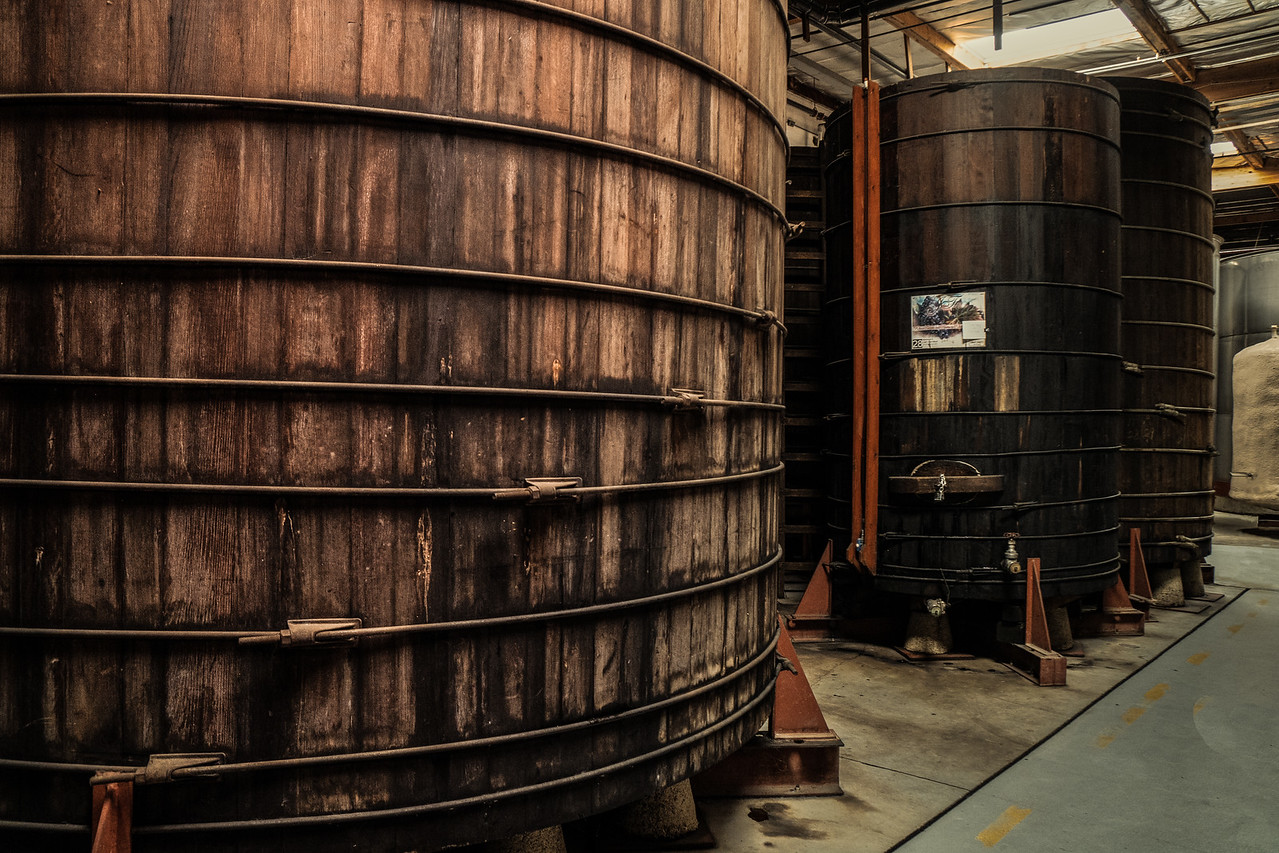 Redwood vats of port or sherry

The smaller temperature-controlled vats hold red wines, such as Merlot.  You can just make out one of these in the above photo.  It’s the pale cylindrical object on the far right.

Hanging on by a prayer

As the tour continued through the quiet bottling operations area, I heard the story of Giovanni Filippi, the first Joseph, who immigrated to the valley from Italy in the early 1920s,  If you know your history, you know that this period was not a great time to be in the liquor business.  The Prohibition Act saw an end to many wineries in the Cucamonga Valley.  Filippi held on by making altar wine which was exempt from the law. 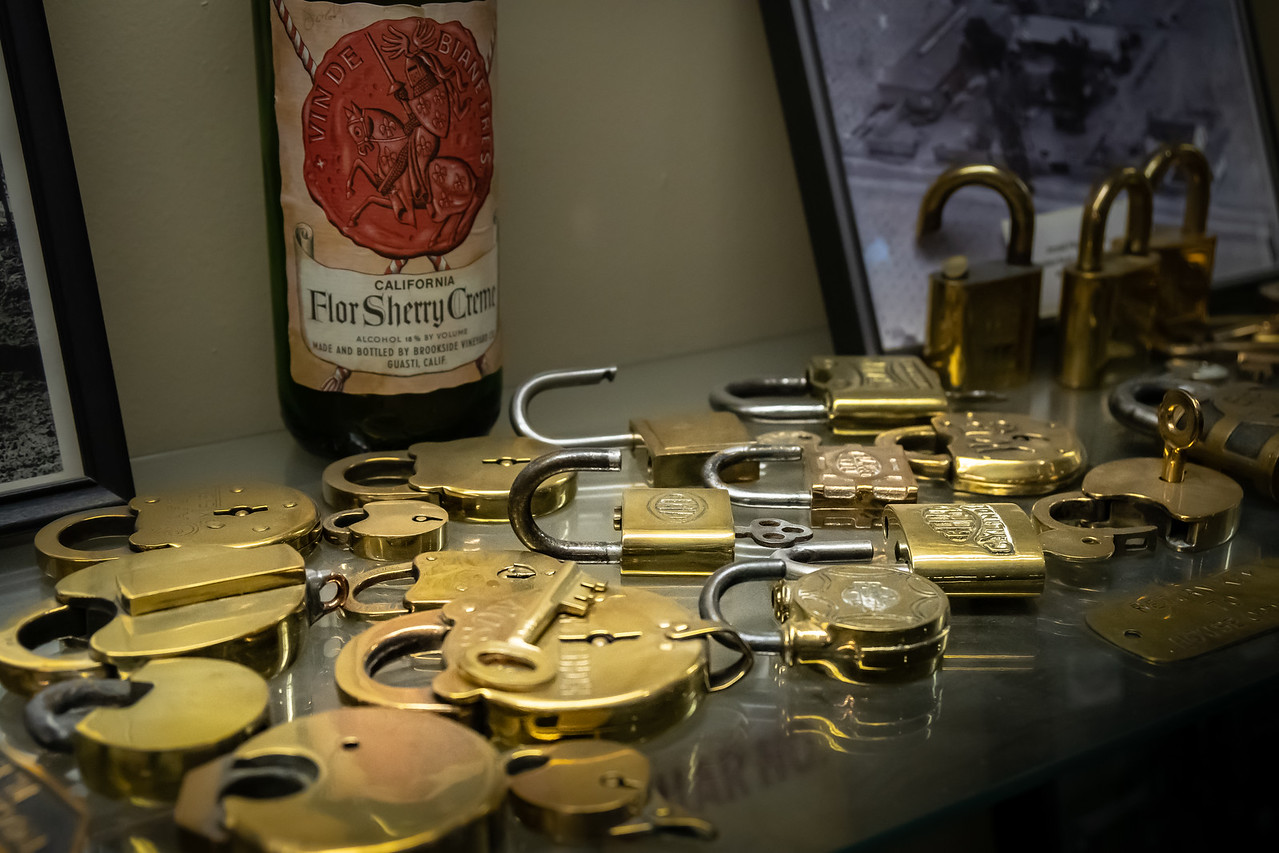 Deliveries of wine to local churches were made under lock and key.

From spiritual to spirits

I visited the haunted area of the winery.  No one knows much about these ghosts, but my guide said that because of certain incidents, some employees won’t go in this room alone.

Certainly, I didn’t see any ghostly images, although the lights went on and off a few times.  Perhaps the wiring is old.  Perhaps the flickering was something else.

The tasting room is warm and friendly.  Display cases of memorabilia and awards line the surrounding walls.   Joseph Filippi has won many awards over the years; the title image is just a small sample of the accolades.

The tasting room at Joseph Filippi Winery where patrons enjoy a sip or two.

I’ll close this segment with a photo of the grapes that started California’s grape story, the Mission Grape. 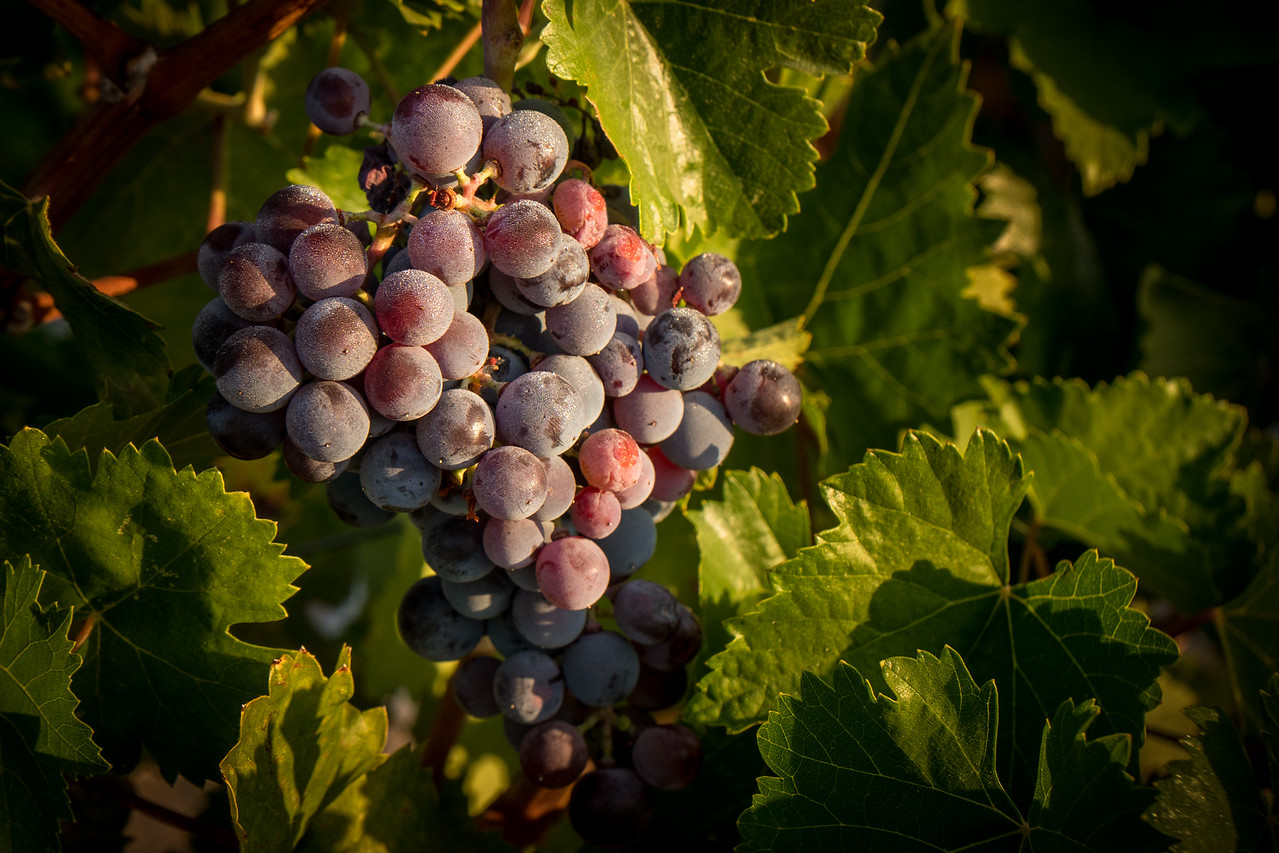 These grapes originated in Spain and came to California with the Franciscan monks.  Once the missions were dissolved, the land became ranchos.  In the Cucamonga Valley, the rancho grew grapes!

To see more of my images from Rancho Cucamonga vineyards, please click here.