Roughly 150 years ago, about half a million Tule Elk roamed California’s Central Valley.  As with so many animals in America, the elks were game and men hunted the herds to near extinction.   I recently visited the Tule Elk Reserve in Buttonwillow, near Bakersfield because this is the original reserve, the place where Henry Miller started his preservation project.  The trip was different from most of my excursions; I seldom see wild animals outside of a zoo.  I’ve never seen an elk before.  The reserve is part of the California State Park System, and out in the middle of nowhere. 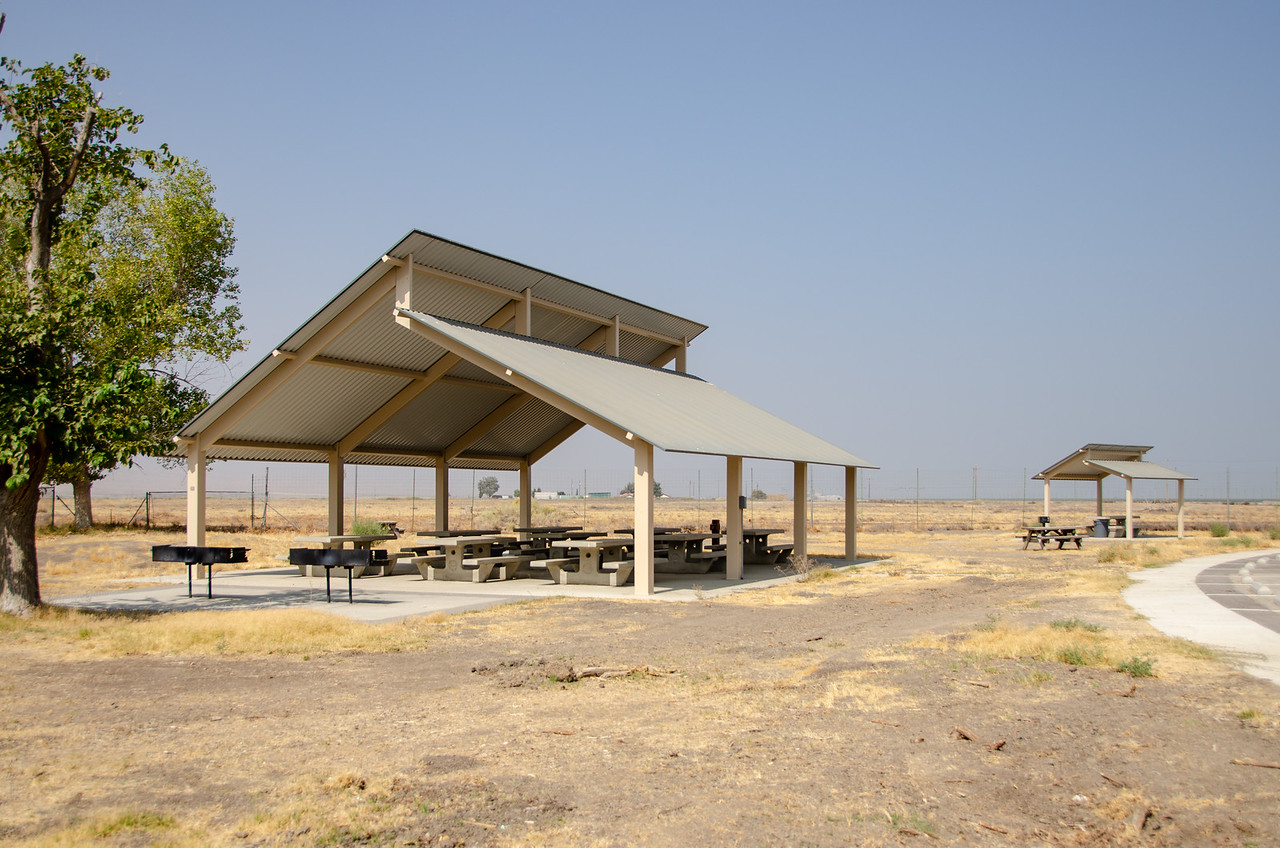 My daughter and I were lucky.  We saw several elks almost immediately!  They were near the fence and not far from the viewing platform.  We were the only visitors in the park, so we took over that platform and did our best to get as high as possible.  The elks were on the other side of the tule grass and almost obscured by it.  We did see a couple of young bachelors testing their skills.  This little joust didn’t come to anything.

Tule Grass is just what it looks like, a reedy cattail that grew in the marshes of California’s Central Valley when the rivers flowed freely and there were marshes.   Elks eat Tule Grass and, on the reserve, their diet is supplemented with feed provided by the rangers.  The Tule Grass in the photo is irrigated otherwise the land wouldn’t be wet enough to support it.   These elks are native to California and take their name from the grass.  Or is it the other way around?

Up close and personal

My visit was special for another reason, it was the last Saturday of the month!  I intended to take the tour in which we drive out into the reserve accompanied by a ranger.

Our ranger told us the history of Tule Elk

If you visit the reserve on any other day, you will be limited to the entrance area.  The elk herd may not be hanging around the fence, which means you may not see any animals other than birds.

The Buttonwillow facility is about 950 acres and home to a herd of 30 to 40 elk.  My daughter and I saw most of them. 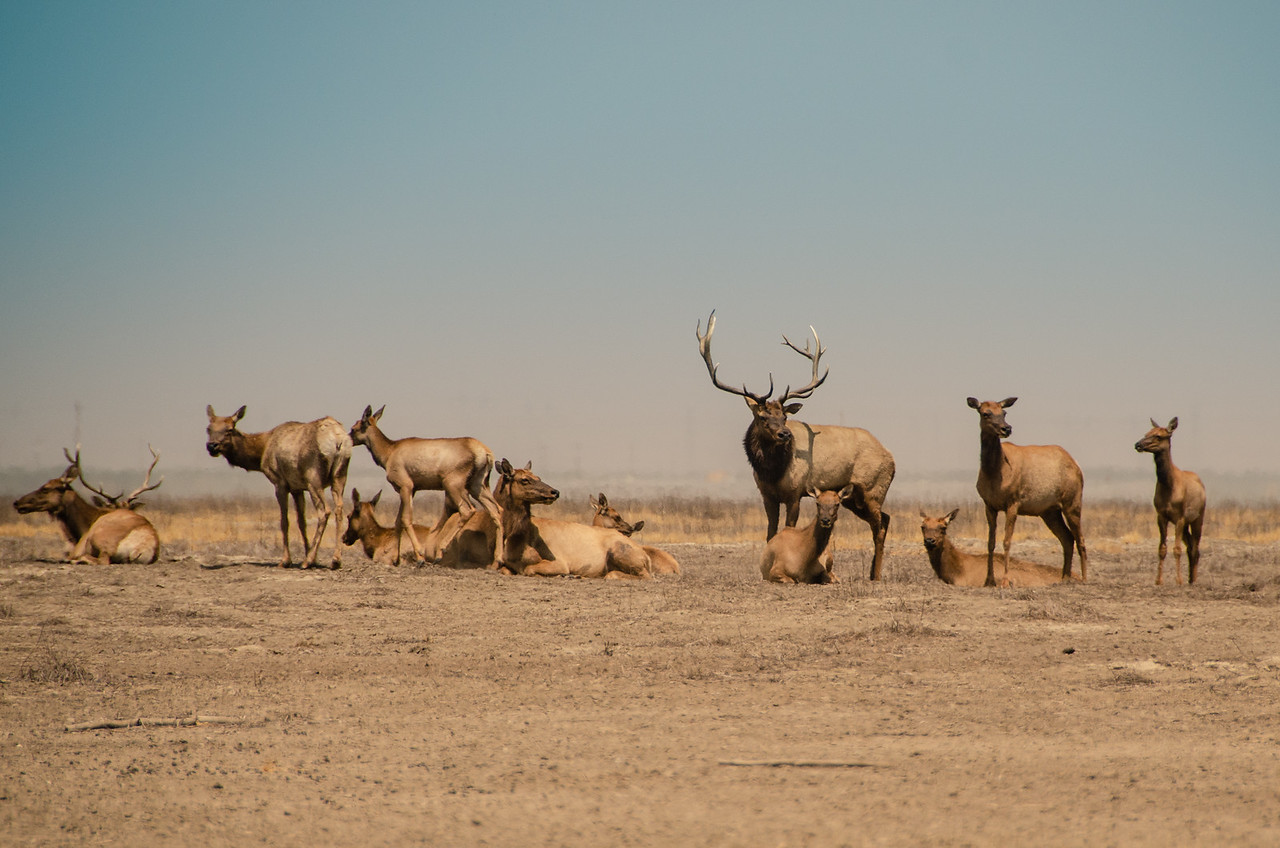 The land is flat with little in the distance on this hazy afternoon.  I think I would have been more popular if I had come with a bale of hay or something.  I’m sure there’s some rule about feeding the wild animals.

Tule elk are silent animals except during rutting season when the bulls make some weird high pitched bellows.  One wouldn’t think that animals that weigh a quarter of a ton could hit those high notes.

Tule elk yowling at us.

Maybe yowl isn’t the right term.  Whether right or wrong one thing is certain; once you’ve heard this sound, you won’t forget it!

We continued a little further into the reserve.  Our turn around point was “the bridge.”

The bridge marked our farthest point into the reserve.

I liked the weathered planks which seem to emphasize the dryness of the landscape.  Even the canal or creek under the bridge was dry.  Perhaps in the spring, some water from the Kern River will come this way.  Nonetheless, there must be a bit of water somewhere because the grass and bushes were greener near the bridge.  I think this area is called the Buena Vista Slough.  It once was wetlands.

After a few minutes to stretch our legs and photograph the area, our entourage took a straight road back to the main entrance stopping as needed when we saw some elk. 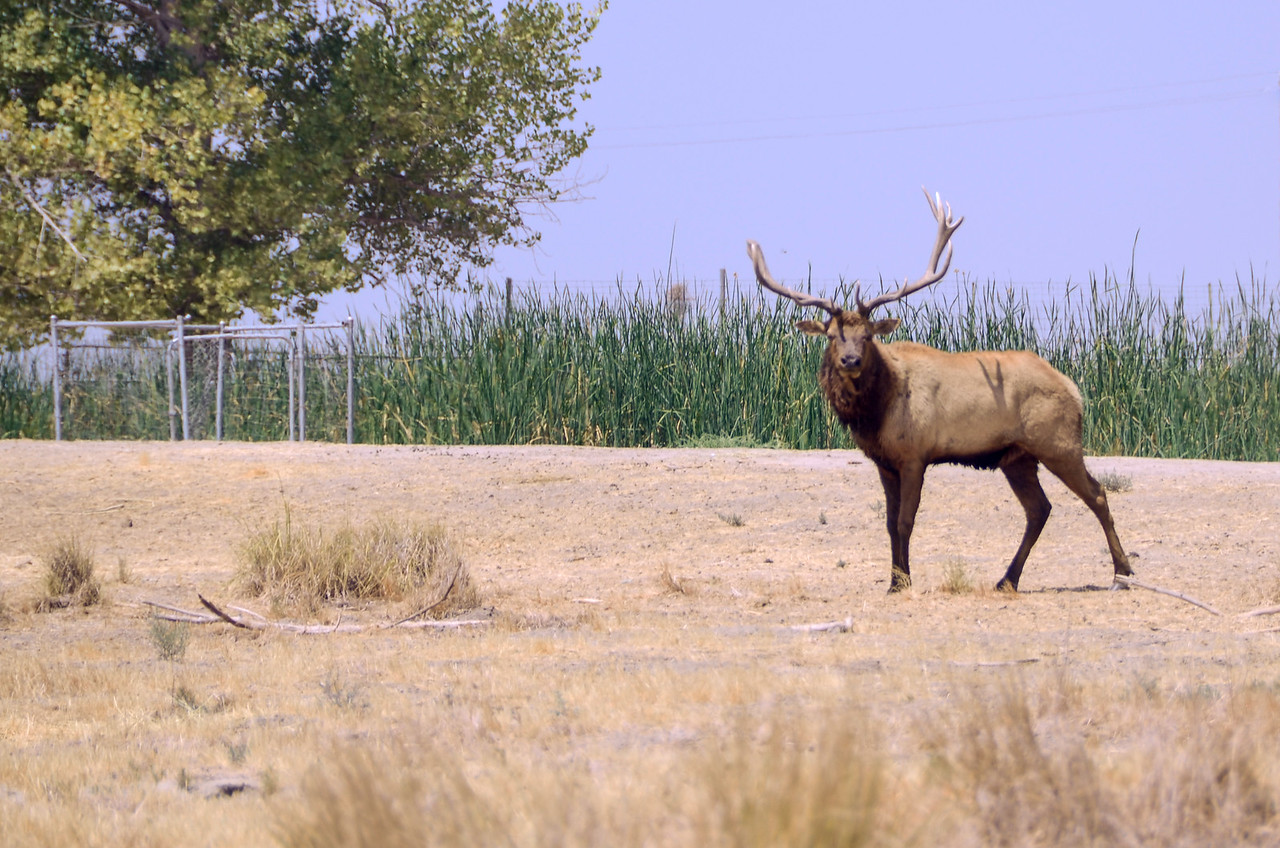 This fellow was right near the gate!

Out luck held and there was a lone bull near the gate.   There’s always time for one more photograph.