It’s been several months since I posted my story about Mission San Gabriel and as I’m always looking for a reason to head north, a trip to Santa Barbara seemed in order.  Mission Santa Barbara was founded in 1786 and is known as the Queen of the Missions.  It was time to revisit this historic spot.  Hoping to catch some beautiful morning light, I timed my arrival so that I would get to the city before dawn.  Luck and traffic were with me and I arrived well before the sun came up.

The Soul of the Past

There is something appealing about California’s missions.  There are twenty-one missions that stretch along the California coast from San Diego to Sonoma.   Some are in ruins with only a reconstructed version to mark their locations.  The first nine were founded by Junipero Serra, the next nine by Father Fermín Francisco Lasuén.  (I’m uncertain about the remaining three.) Mission Santa Barbara is number ten.  No one living in California can ignore the missions nor the part they played in our history and their contribution to the state’s culture.

In the above photo, one can just see the dark stone wall which encloses the cemetery. It’s on the far right, behind the bell tower.

But I’m getting ahead of myself in the story.  First, I entered the Inner Quadrangle.  In some ways, this open-air garden area feels a lot like ancient Roman architecture.  It’s like a peristyle with its open courtyard.

This garden is a lovely spot for contemplation, but I didn’t have time to linger.  I’m also rather certain visitors did not have access to the grass and pathways.  I followed the tour signs and headed out of the quadrangle to the cemetery.

Here were numerous older graves, and some new ones.  The mission is not obsolete.  It’s a thriving church community.  Not all the burials are dated 1790.  Many are newer.  At the base of one of the bell towers, I found this window. 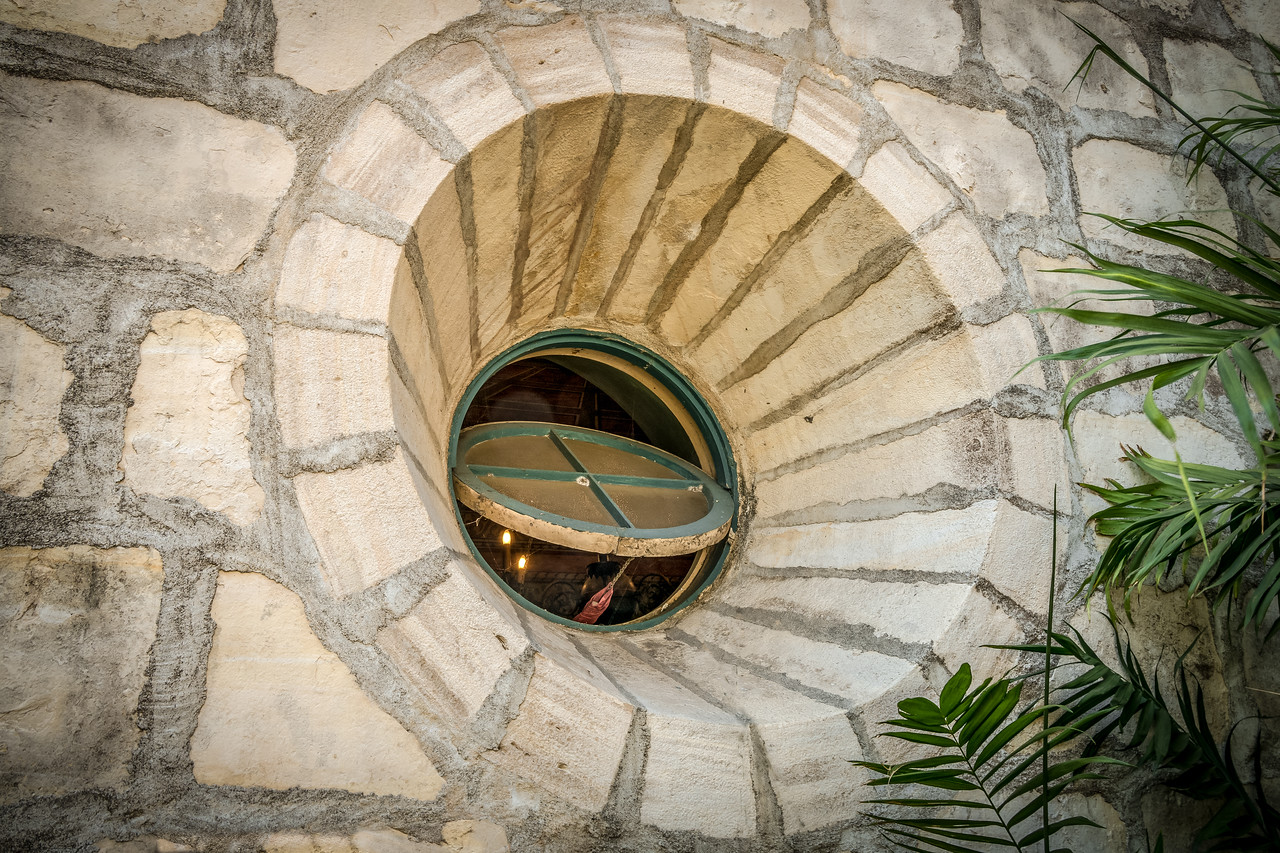 Window at the base of the bell tower, Mission Santa Barbara

I like the shape of the window and the strong geometric pattern.  The method used to open the window is clever.

The Soul of the Present

I left the cemetery and came to what must be one of the most beautiful sights at the mission, the interior of the church.

Inside the church at Mission Santa Barbara

The building is long and narrow with a high ceiling.  In the above photo, one sees only the sanctuary and altar.   Colorful decor, a vibrant design of stylized marble, fills the interior.  The Chumash helped with the decorations.  Skilled artisans created detailed woodwork and other decorations. 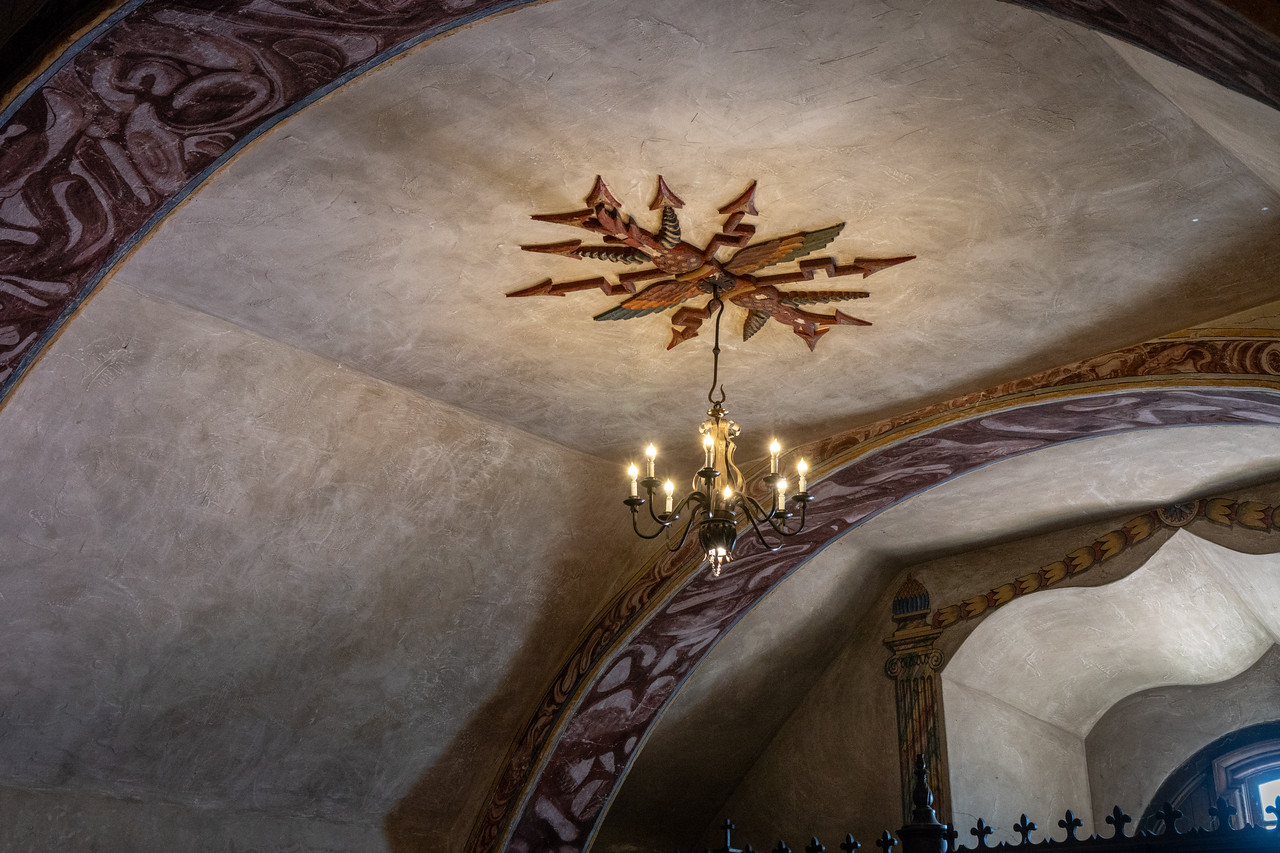 The Ceiling of the Mission Church

High above are chandeliers with ornate wooden facings.  These and the wooden stars on the ceiling were Chumash creations.

The Mission System was dissolved in the 1830s and the land passed into private hands, mostly big landowners who created the famous ranchos.  After nearly two hundred years, some of the missions survive as current places of worship.  The California park service owns others.  No matter the ownership, the California missions remain a piece of living history.