I’ve been planning a visit to the William S Hart Museum for some time, but somehow, I kept putting it off.  Now, with summer coming it seemed like a good time to drive out to Newhall and satisfy my curiosity.  I wasn’t disappointed.

Who Is William S Hart?

I suspect few people now know much about William S Hart but in the early 20th Century, he was a superstar, a famous cowboy of the silent film era.   He was born in 1864 and grew up in the American West.  He knew how to ride and rope, but he wanted to be an actor.  Initially, he worked as a stage actor in New York and Europe.  He was almost 50 years old before he started acting in films.  Once in Hollywood, he set to work to create realistic Westerns.

Hart died in 1946 and left his 27-room home and the surrounding ranch to Los Angeles County.  It was his way of giving back to the public that had supported him throughout his career. “When I was making pictures, the people gave me their nickels, dimes, and quarters. When I am gone, I want them to have my home.”

The museum as I said above was Hart’s home.  He commissioned Arthur Kelly to design it.  It’s a splendid place filled with movie memorabilia, art, and photographs.  According to our docent, the home is 10,000 square feet and it sits on top of a hill.  It’s a long walk up that hill!

The main entrance to the Hart Museum

I took the guided tour which started with the formal dining room.

The floor is made of redwood.  The painting at the back of the room is Hart on his favorite horse, Fritz.  These two made many pictures together and perhaps were the first of the famous cowboy-horse partnerships.  One sees Fritz everywhere in the house.

Being on a hill, the house is built on different levels.  Here’s a photo of the foyer and the stairway to the living room. 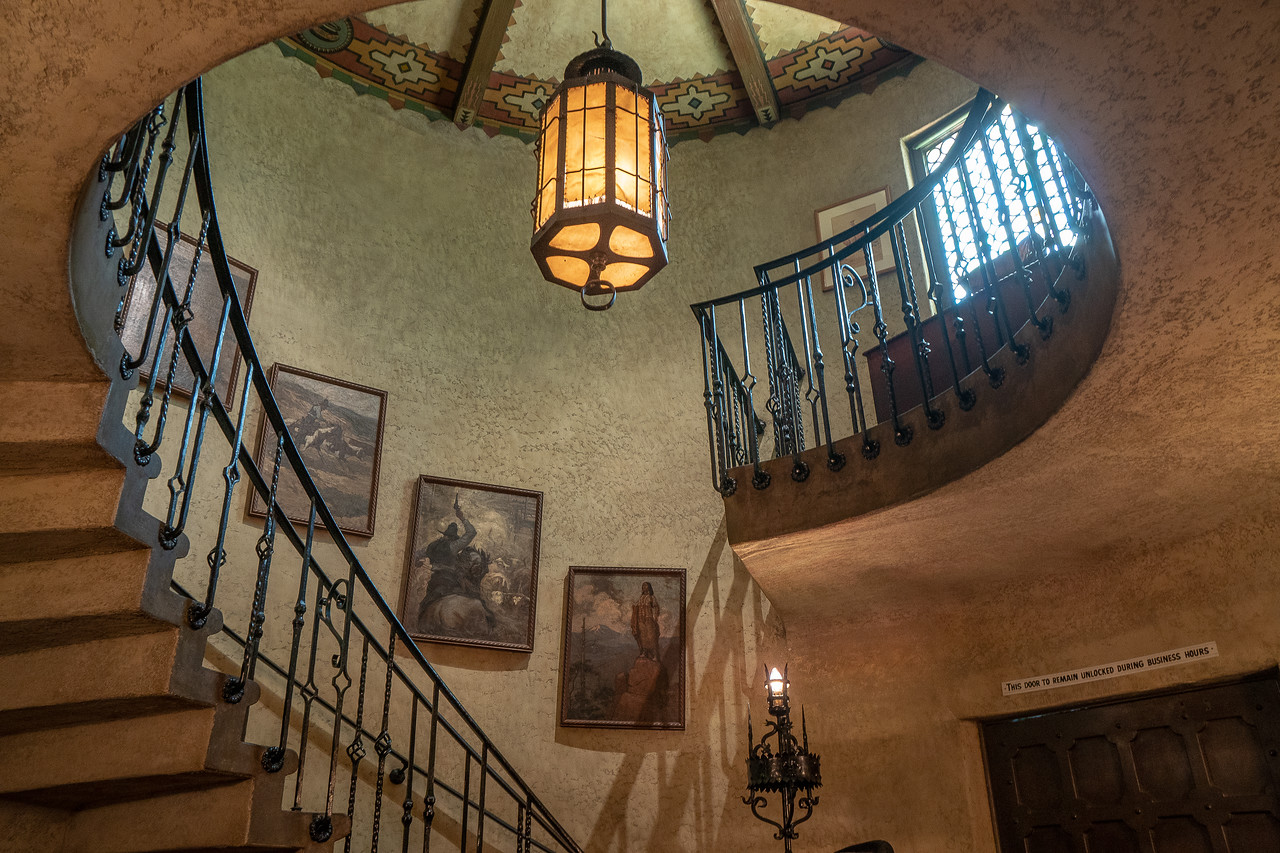 Foyer of the Hart Museum

The living room was a place to entertain guests.  It’s large and comfortable.  There are paintings everywhere. 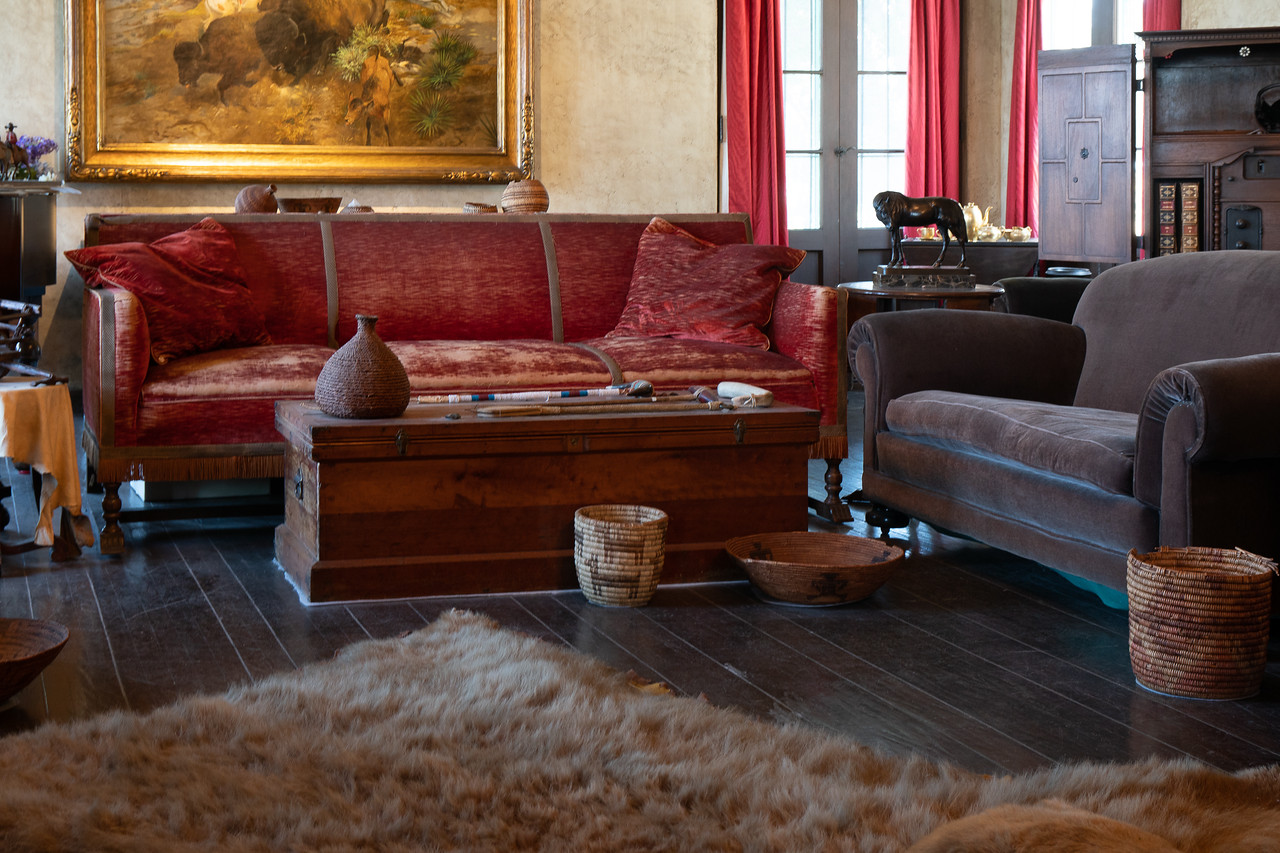 Living room with bearskin rug in the foreground.

One of the things that astonished me about Hart was that he knew everyone.  It sounds so trite but true.  Before coming to Hollywood he knew Bat Masterson and Wyatt Earp.   I saw photographs with him and Amelia Earhart.  He owned several paintings by Charles Russell, a close friend.  This son of a miller definitely made an impression on people.

I don’t want to give away the entire tour, so I’ll give you a few tips instead.  Admission to the museum is free.  Parking is at the base of the hill. The walk is about a quarter mile up a winding road.  Be prepared for the hike! Better yet, check the museum’s website if you’re concerned about accessibility.

The only way to view the house is on one of the docent-led tours.  That means one moves along at the docent’s pace.  I could have lingered longer and looked at all the artifacts, paintings and such.  However, On June 16, 2018, the museum is having an open house.  One can visit and see the house without going on a tour.

As with many museums, this one probably is a bit dull for younger children.  We did have some children with us, and they were patient but I’m sure that looking at someone’s house wasn’t their idea of a cowboy adventure.

Nonetheless, Los Angeles County has a treasure in this museum.  It’s beautiful and filled with history, romance, and a touch of humility.  William S Hart was an interesting man.

To see more of my museum images, please click here.