No trip to Scotland is complete without a visit to a castle and today’s post concerns a place linked, for good or ill, to Shakespeare’s Scottish Play. This post is about Cawdor Castle, which became the home of the titular protagonist in Macbeth.  The witches of “double, double toil and trouble” fame foresaw that the Macbeth would be Thane of Cawdor and eventually King.  That started things down a slippery slope for the character and made for great drama.  The story of the real Macbeth is nothing like that in the play.

The present Cawdor Castle was built hundreds of years after the time of Macbeth (1005 – 1057).  The oldest part is the central tower, which dates back to 1370.

The original family was named Calder, or Cawdor for the lowland pronunciation.  In the mid-fifteenth century the thane’s daughter, Muriel Calder, was taken by the Campbell clan and raised at Inveraray.  Eventually, she married John Campbell.  While this may sound like an odd courtship, the marriage survived and ultimately the couple returned to Cawdor where Muriel’s husband, John, became the next thane.  Cawdor has been the property of the Campbells every since.

We crossed under the portcullis and had lunch in the cafe on the left before exploring the castle. 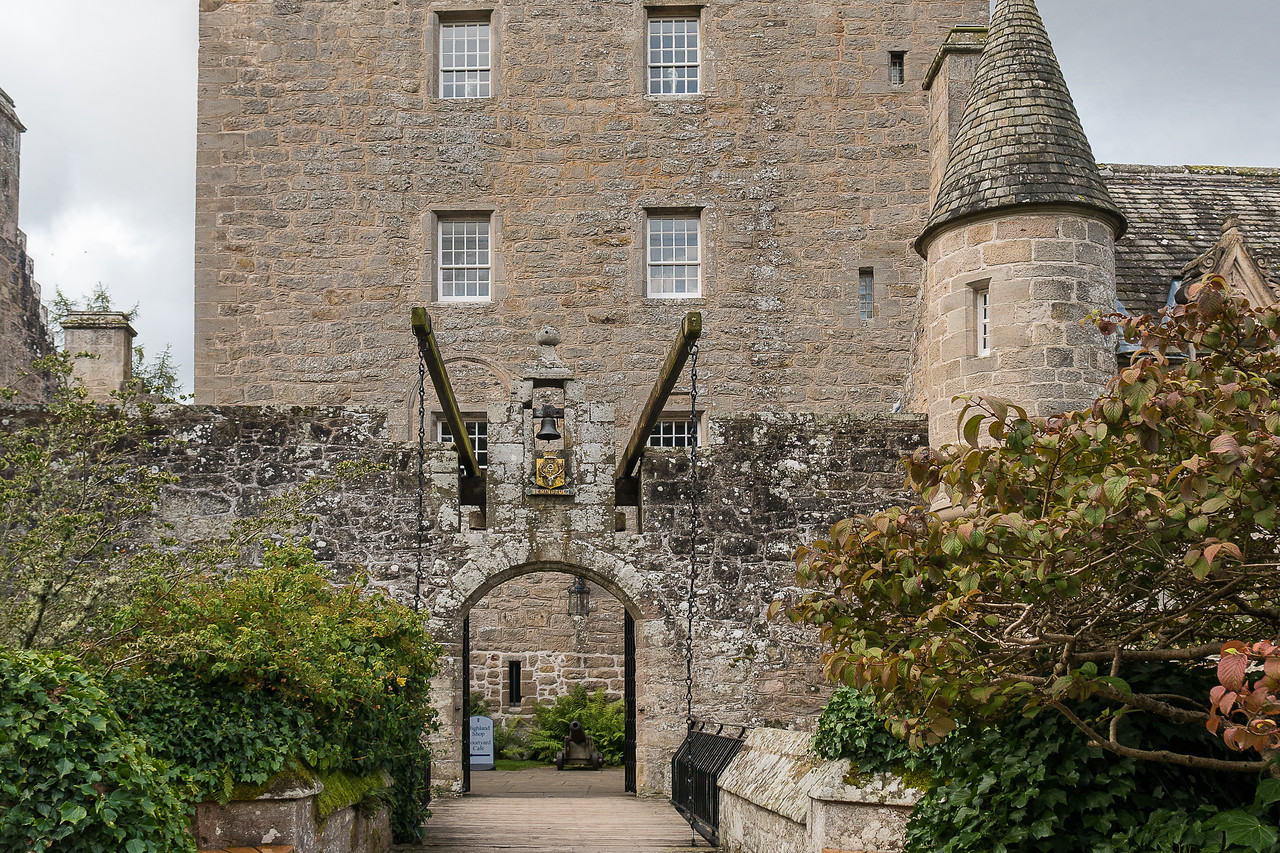 By the way, the cafe is small but the food was good.

A Tour of the Rooms

Next up was a journey through the many rooms.  This is another lovely place and you can spend as much time as you like admiring the furnishings.  Of course, the areas are roped off. 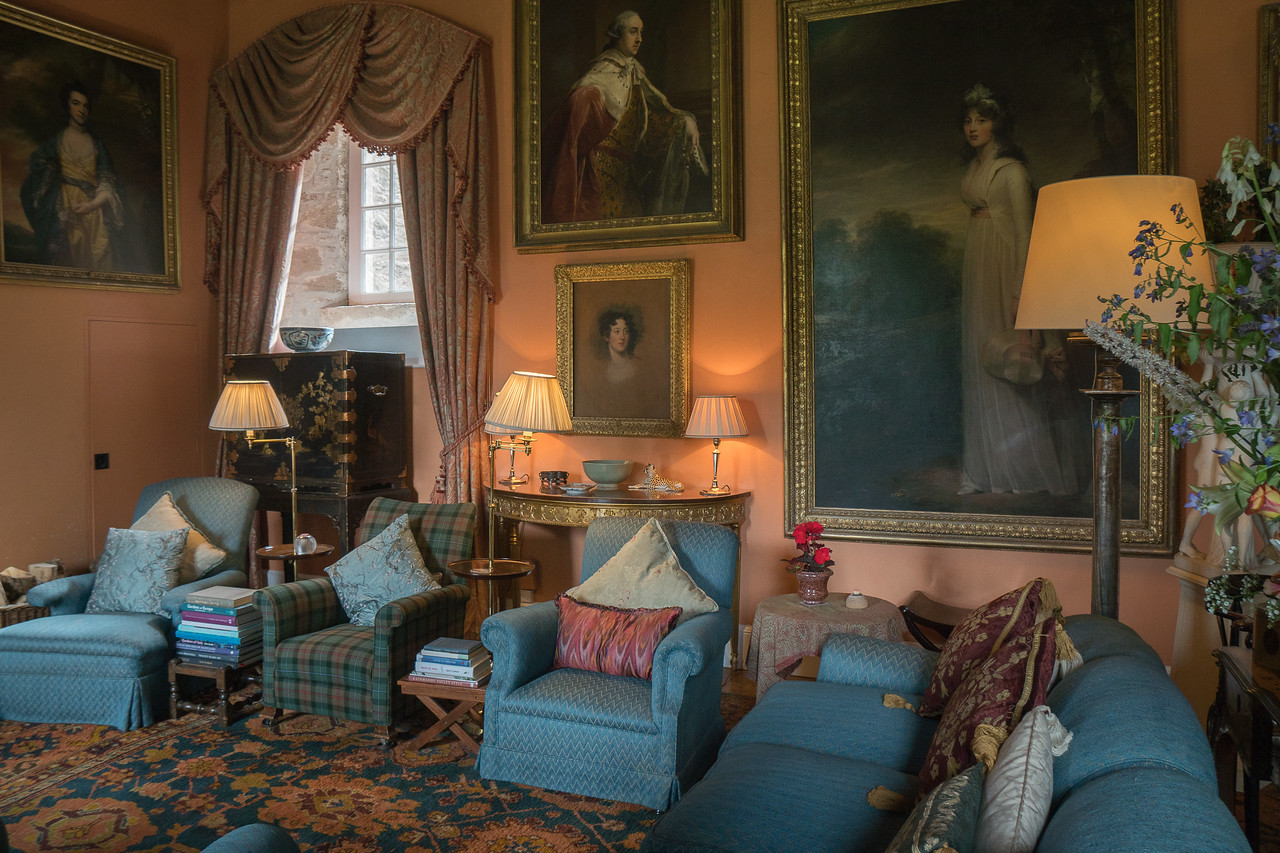 The above sitting area is filled with family portraits, all painted by famous artists.

As befits a Campbell household, or perhaps any proper Scottish historic home, there were weapons on display. 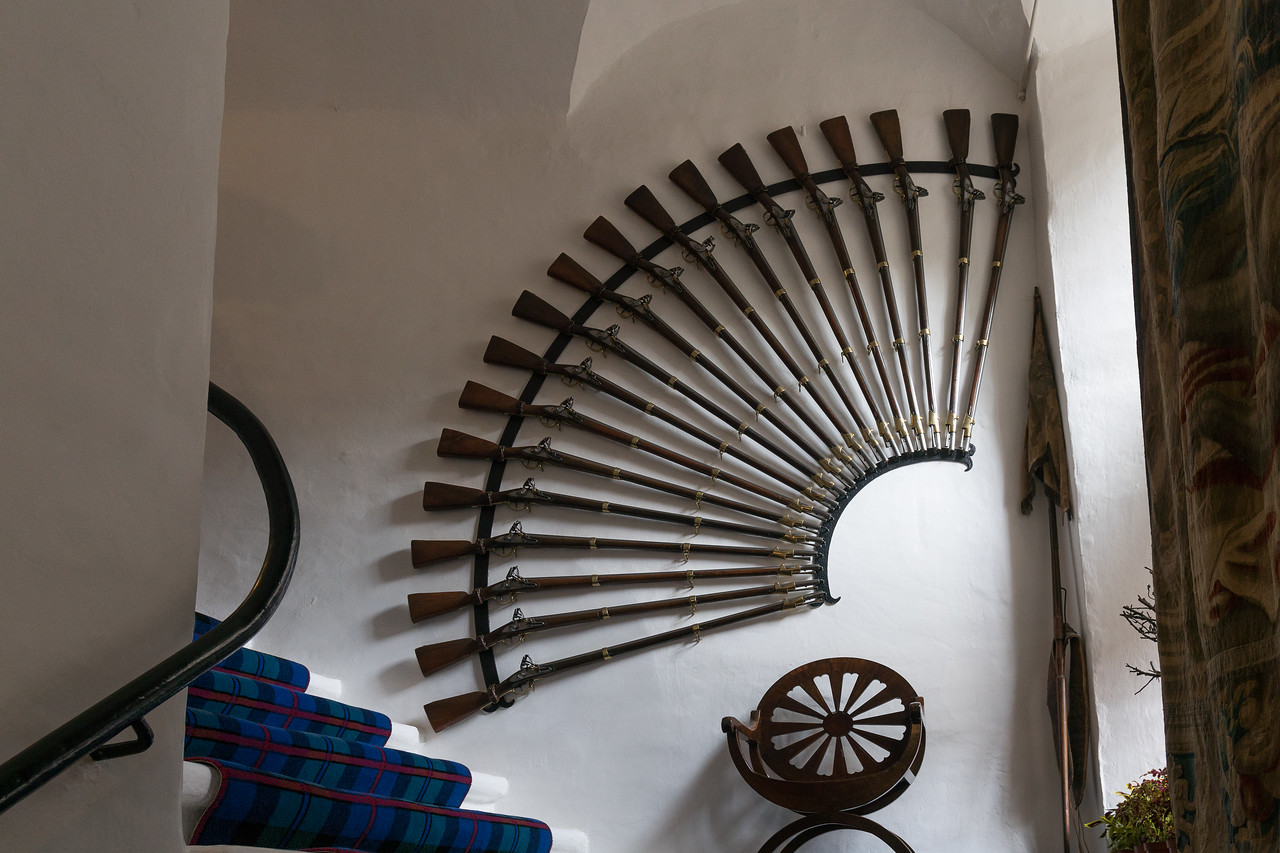 Musket display along a stairway at Cawdor Castle

I didn’t see anything as elaborate as the Armoury Hall at Inveraray, but the design is similar. This is called the front stairway, I think but I’m not certain.

I also liked the dining room with its tapestries and silver.

Many of the rooms, this dining room included, had bright windows and dark corners.  This helped light the room when viewing it but made for some difficult moments when photographing a scene.  However, I didn’t stay in the house all afternoon.  After viewing the kitchens and the cellars and just about everything in between, I exited through the gift shop.

The Grounds at Cawdor Castle

Outside I found a marvelous stream.  It’s called Cawdor Burn and it flows into the River Nairn. 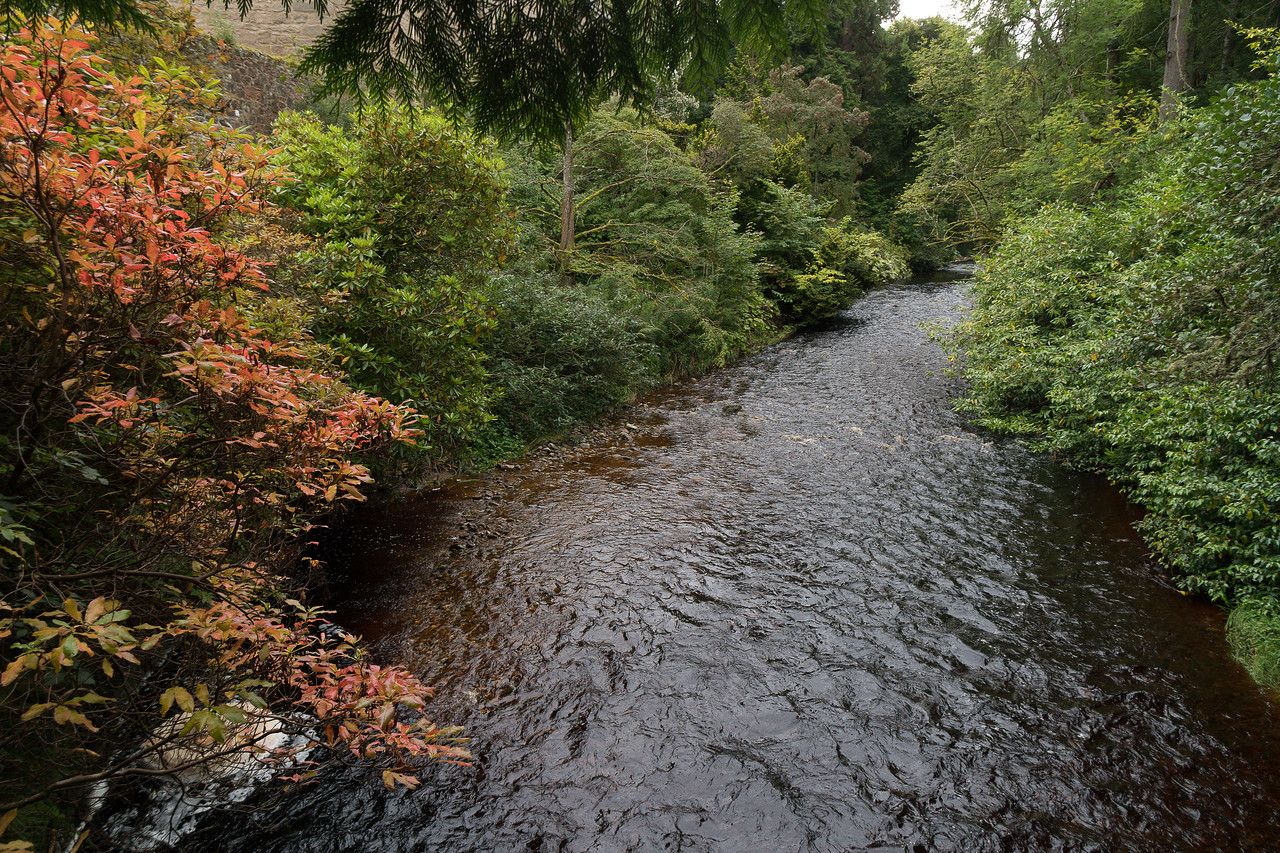 I’ve been told the brown color of the water is caused by peat seeping from the soil.

In addition to the burn and adjacent Wood, Cawdor also has wonderful gardens.  I spent a few minutes exploring one of them. 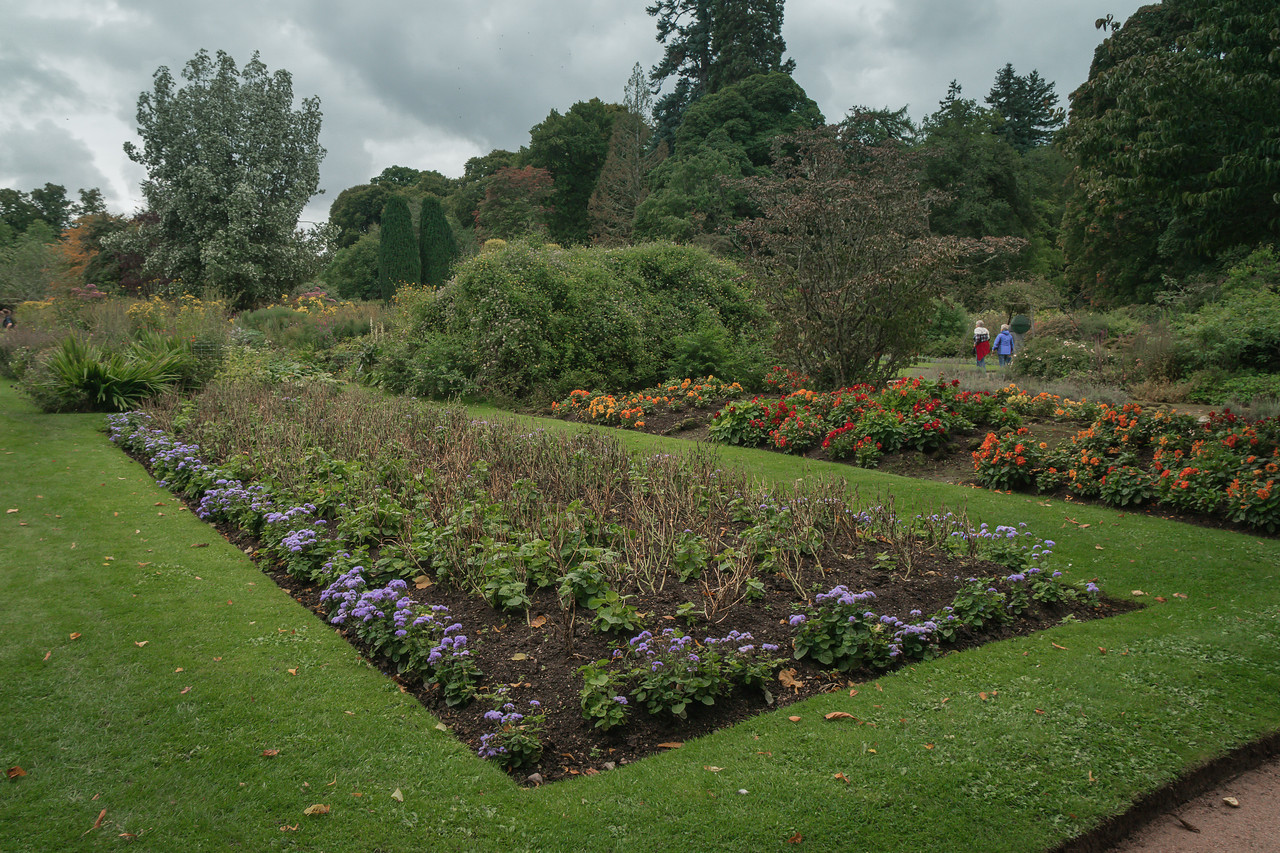 Along the wall which surrounds the garden I found a most unusual birdfeeder.  It was terribly dark in the shade of the wall and under the trees.  I’m afraid the photo is a bit rough.  I hope you can see the little bird resting on one of the “cups” of the feeder.

Bird at a feeder in the garden of Cawdor Castle

To see more images from my visit to Cawdor Castle, please click here.