I went to Simi Valley the other day for my very first visit to a presidential library.  Did you know we  have thirteen such libraries and museums in the United States and two of them are within driving distance of my home? It’s about time I paid a visit!  I went to see the largest of them, the Ronald Reagan Presidential Library.

These are not your usual libraries but rather more like museums or research facilities. They maintain and preserve presidential documents as well as provide a feeling for the story of the man and the history of the presidency by use of exhibits and displays.  In Ronald Reagan’s case visitors learn all about his early career in motion pictures, his time in the Army Reserve, and even his years as California’s governor. 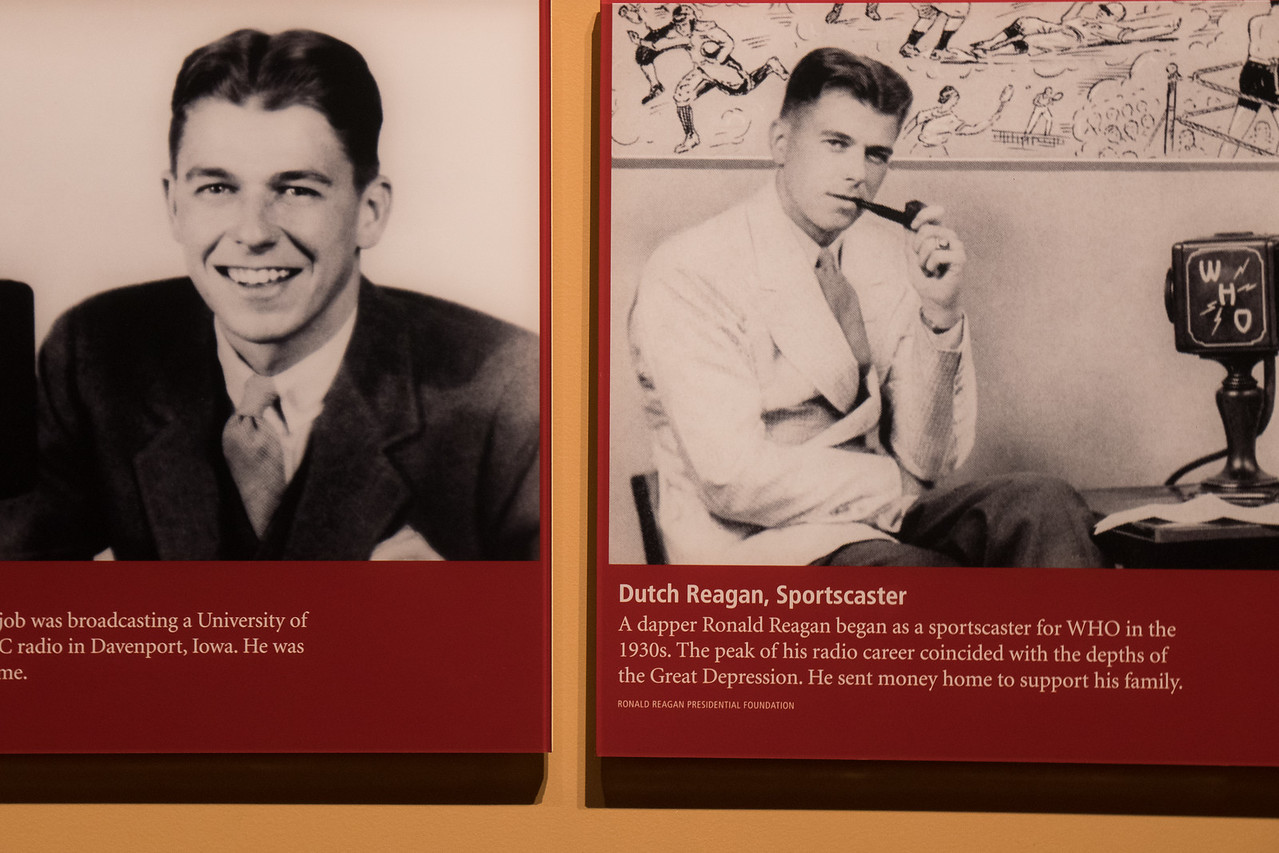 The day of my visit the museum was awash with visitors; nine buses had arrived!  It was easier to wander off to another area than to try to shuffle along with the crowd.  So I went to see Air Force One.  This 90,000-square foot open pavilion is a great place to shake off the compressed feeling one gets in the crowded galleries. 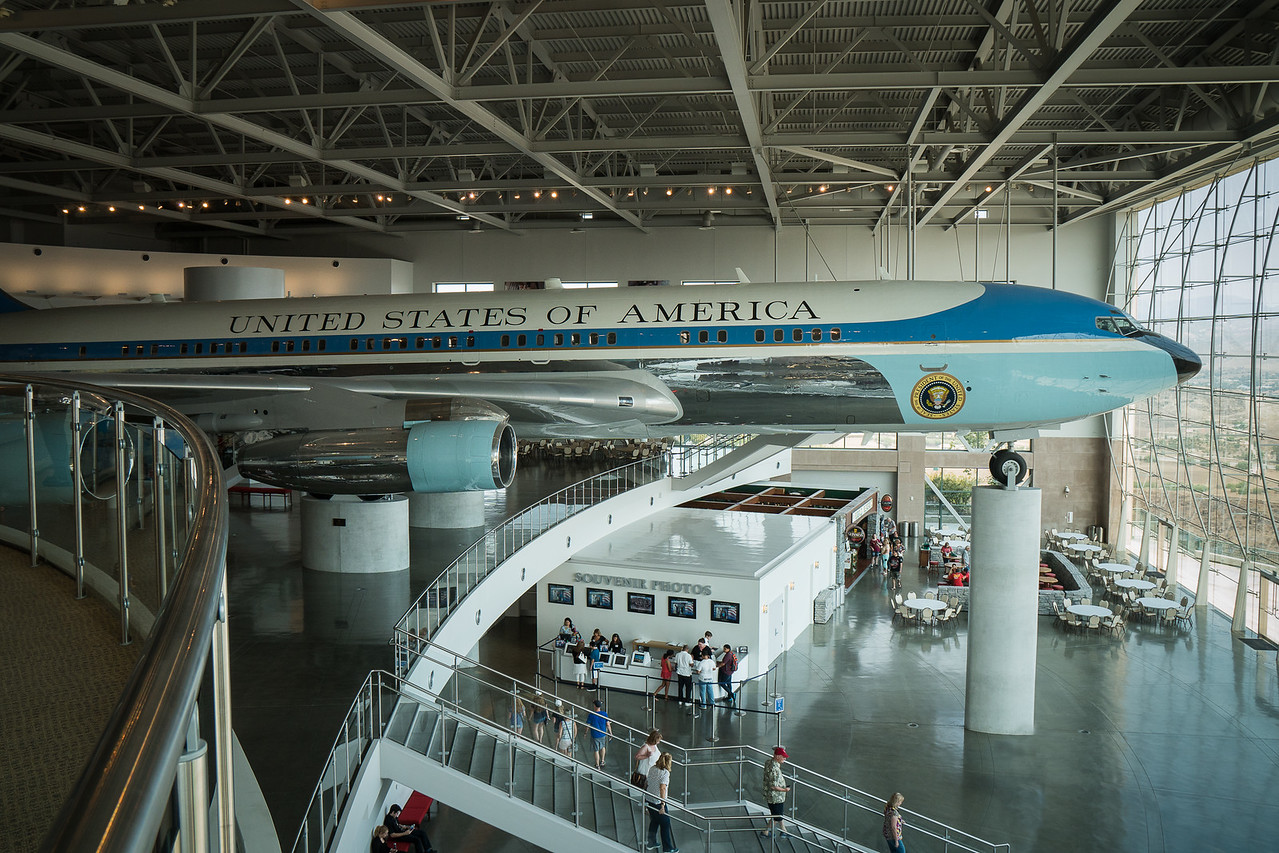 The pavilion was one of my favorite spots.  The plane is open to the public although personal photography while on board is absolutely forbidden.  If you desperately want to pretend you’re part of the presidential entourage you can take photos while on the helicopter, Marine One.

Did I mention the view?  I was told the library’s location was chosen for the view and it certainly is magnificent.  The scene from the pavilion just goes on and on. 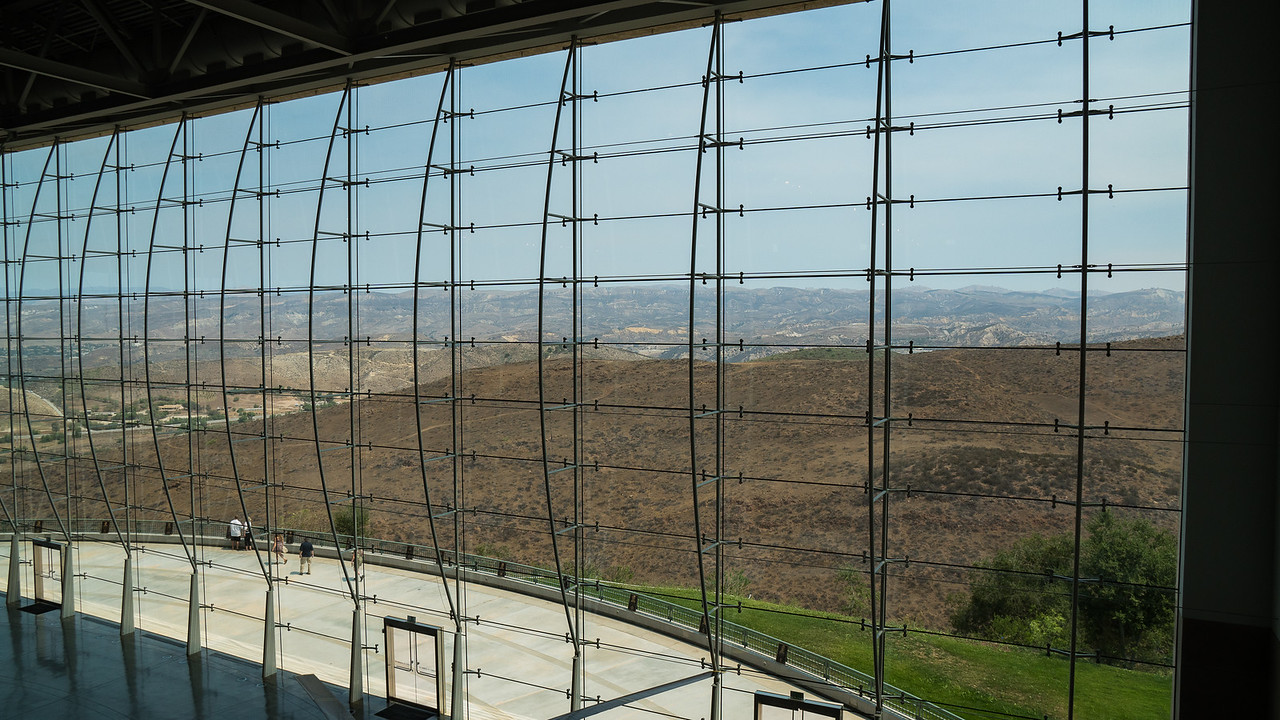 The View from Air Force One Pavilion

There are things to see on the grounds as well. Of course there are roses, (every library probably has flowers),  Gipper’s Grove of crab-apple trees, and on a more solemn note, the Memorial Site where the President and First Lady are buried. 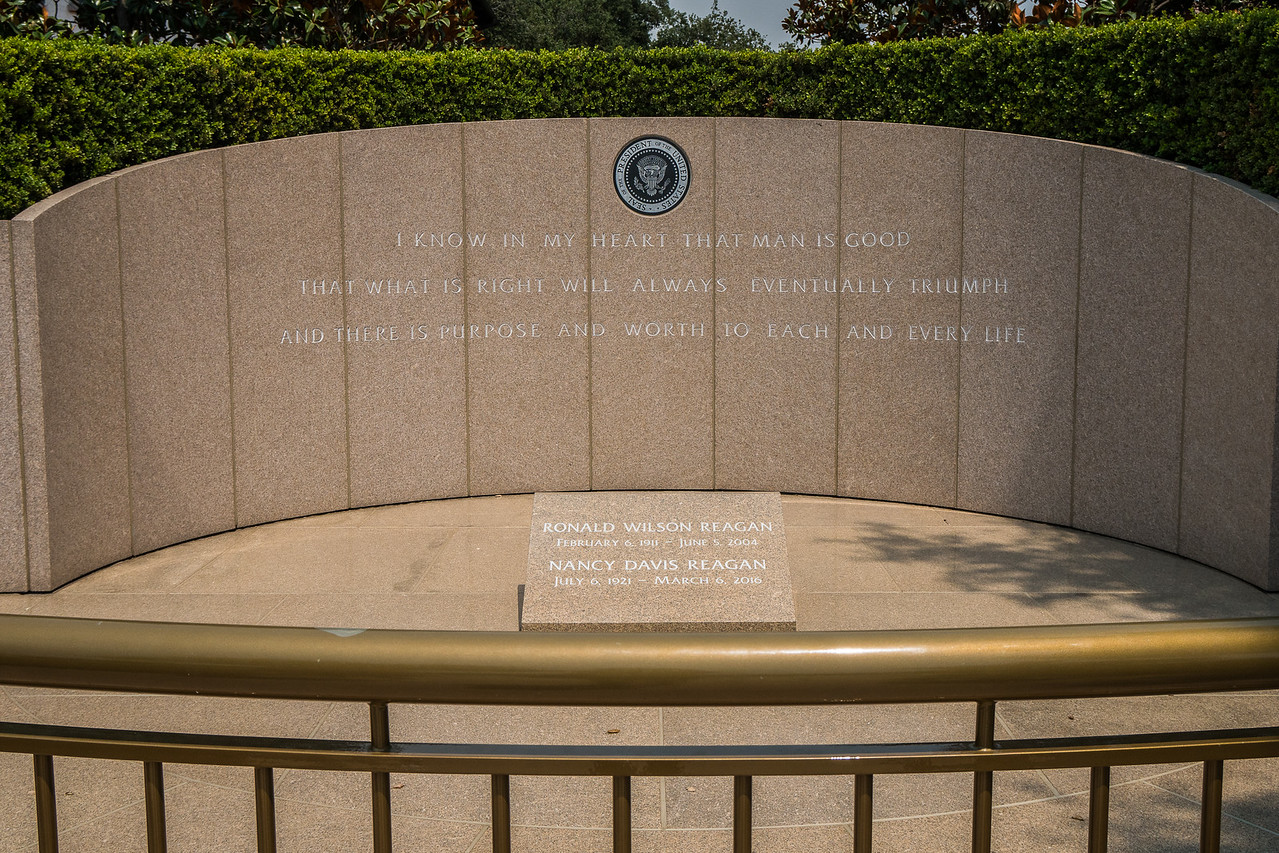 But there is also something exciting, a Grumman F-14 Tomcat.  I just had to see that!  I’ve had a soft spot for those Navy fighters that goes back to the Pacific and the Grumman F4F Wildcat.  But I won’t get into that.  This F-14 is from the USS Nimitz and I believe it was one of the two fighters involved in the 1981 Gulf of Sidra incident.  This was the beginning of Reagan’s “Peace through Strength” approach to foreign policy.  Obviously I was more interested in the plane than the politics.

To the prospective visitor I offer a few tips.  If at all possible go on a weekday, and hope that fewer tour buses will be there.  Leave the children at home; there is a lot of history and rather boring stuff for young ones.  Parking is free and plentiful.  Handicapped parking has its own lot so watch for the area marked Staff Parking on the official map.  Lastly, plan to spend the day.  This is a big place and there’s lots to see.