My recent outing to Newport Beach was an eye opener. I had heard of the Christmas Boat Parade but had no idea that it was celebrating its 107th anniversary this year. It isn’t as old as the Tournament of Roses parade in Pasadena, which will be 127 this coming New Year’s Day, but still an impressive age.
I was truly surprised by the size and commitment of all who are involved in this endeavor. Boats of all types from yachts to tiny row boats take part. Some have massive complex lights and sound and one can’t help but see them coming.

Others may just have a simple string of lights adorning the bow. It doesn’t matter. It’s just seems to require a joyful spirit.

The homes along the shore are also decorated and add a festive backdrop to the activity in the harbor as the boats sail up and around the fourteen mile circuit.

I was there on opening night and fireworks were part of the celebration. There were lights everywhere! The boats, the homes, and then the starbursts of light in the very dark sky. 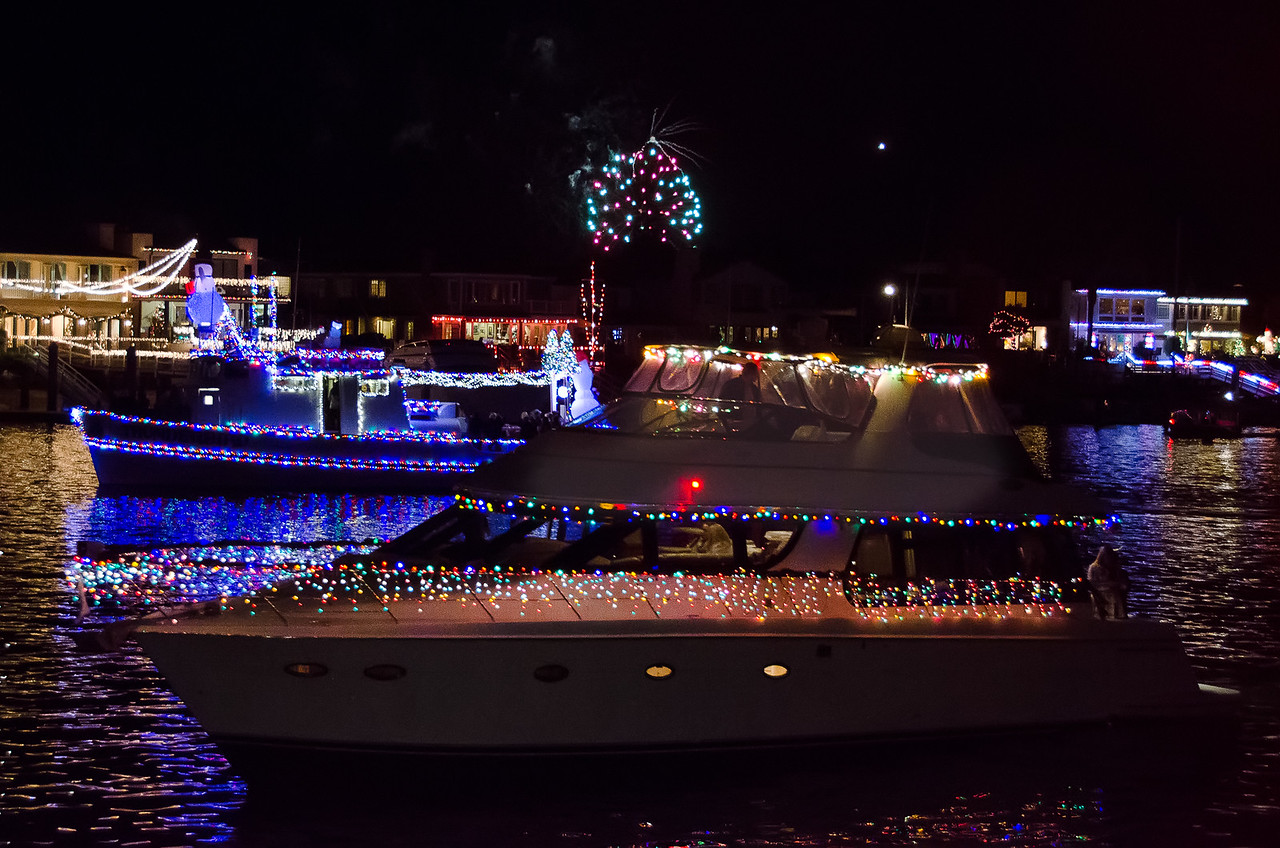 The event takes place for only a short time. This year it’s December 16th through December 20th. The town was crowded with visitors and getting there early would definitely be a good idea.

Reservations are probably a must. There may be other places from which to view the parade but I’m not familiar with the area. I did notice that the shoreline was packed with people viewing the parade. Perhaps they were local residents who knew a shortcut.

All in all, the Newport Beach Christmas Boat Parade was a lovely way to spend a chilly December night. It exceeded my expectations and renewed my Christmas sense of community. Everyone was in a festive mood as the boats, tour boats and parade boats sailed past each other. There were many shouts of “Merry Christmas” followed by a friendly wave.
Check it out. It’s a marvelous way to spend the weekend before Christmas.