During summer I limit my local travels to nearby museums or air-conditioned events. Fortunately, there are many such places in the greater Los Angeles area.  Recently, I made my first visit to the Huntington Library.  You may think this can’t be right, but I assure you, it is.  I’ve often toured the gardens, but never the buildings.  It was time to put things right.

My first stop was the Library Exhibition Hall.  I entered blindly, not knowing what to expect.  A marvelous display of old friends greeted me. 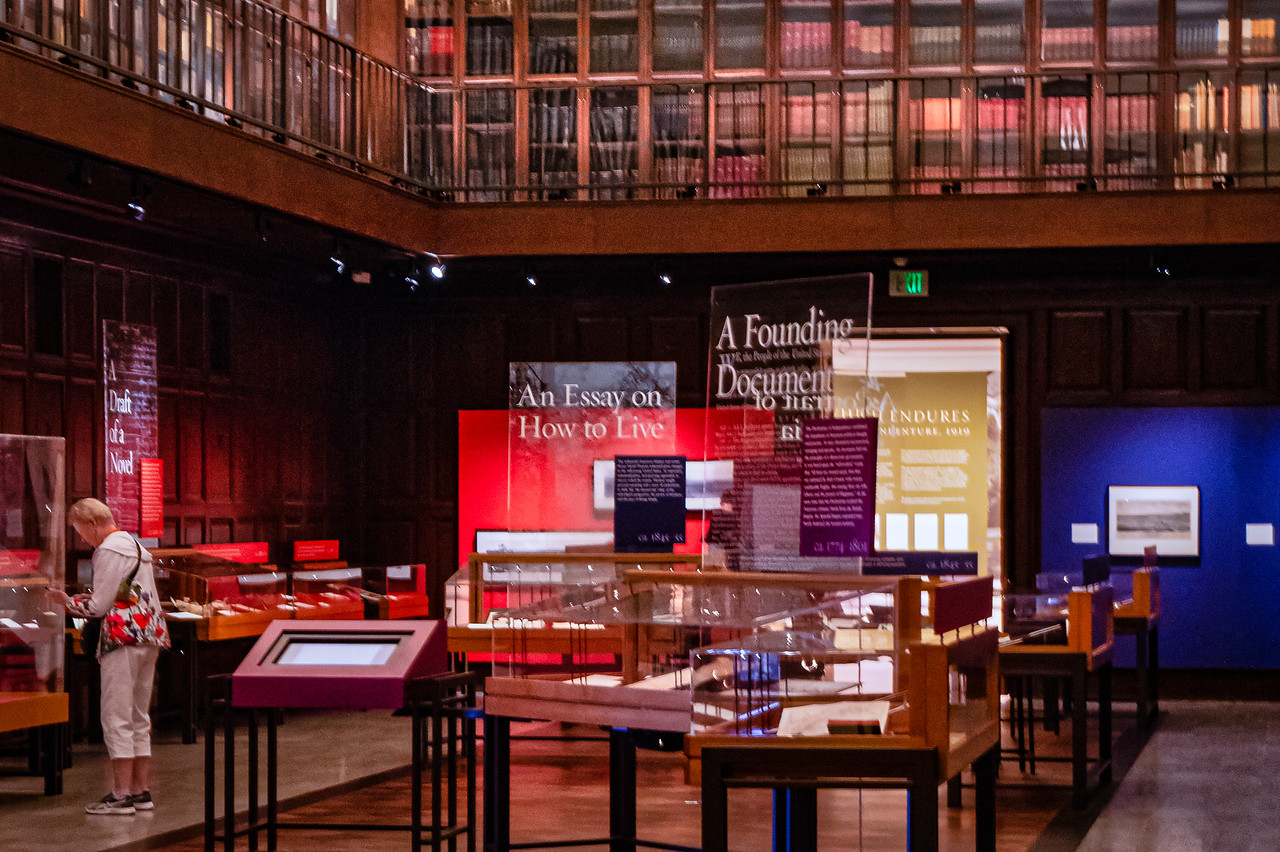 All those very reflective cases seen in the above image hold special rare books.  One can walk through history, viewing the philosophies and struggles of each era.  It’s a beautiful room, and I was lucky to have it almost entirely to myself.

One can’t miss seeing the Gutenberg Bible, a large book that dominates the entrance.  Completed around 1455, this book was Europe’s first book printed from movable type.

Nearby was the Ellesmere Chaucer which probably was created around 1400 or a little later.  It’s a gorgeous illuminated manuscript of Geoffrey Chaucer’s Canterbury Tales. 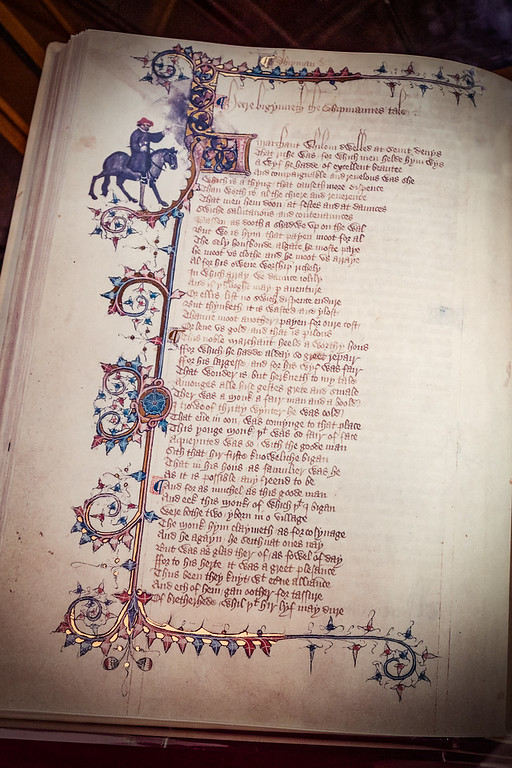 The Ellesmere Chaucer on display at the Huntington Library

There were many such books and letters.  I exclaimed over all of them, but I won’t list them here.

Beyond Science at the Huntington Library

Instead, I moved to another exhibit, titled Beautiful Science.  If I thought the library was great, I had no idea what wonders awaited me next.  This exhibit deals with the history of science, starting with Astronomy! 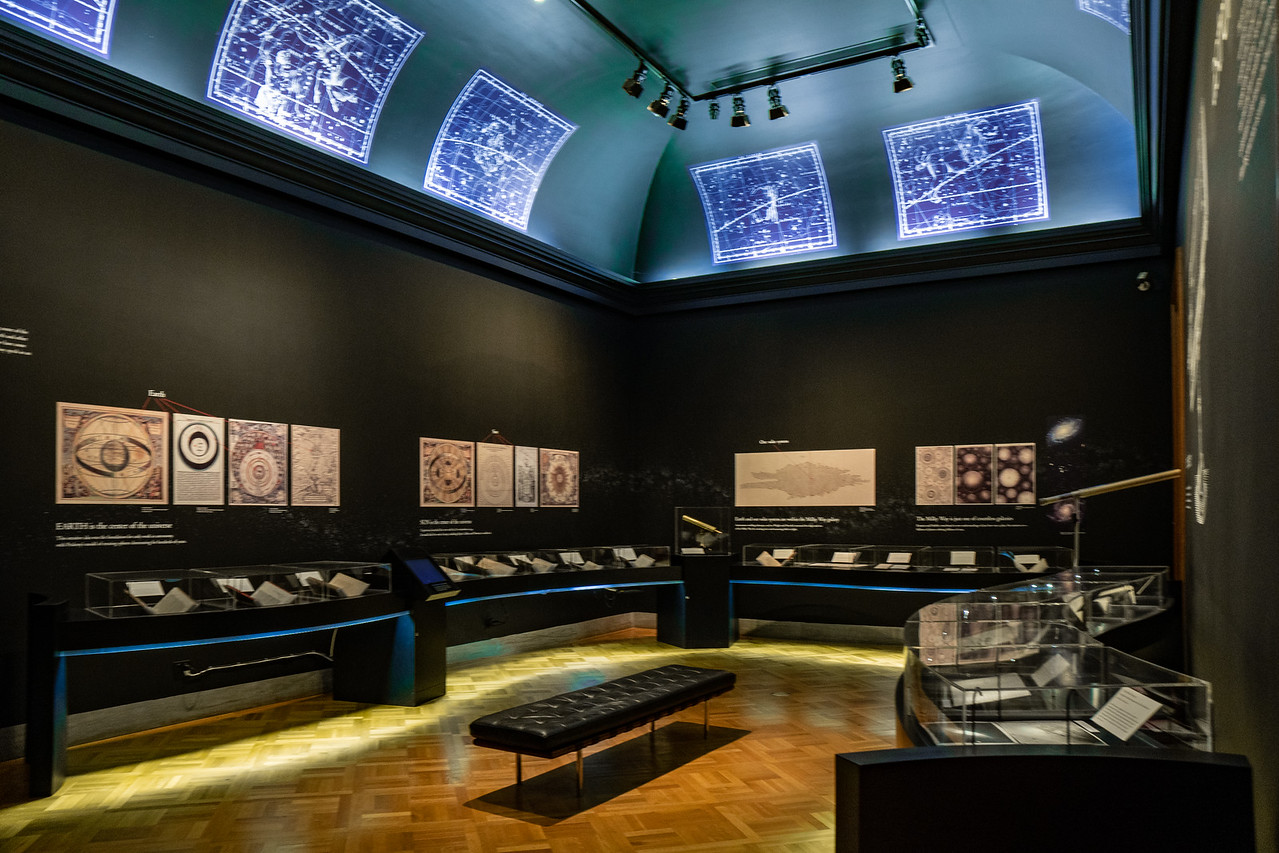 The Astronomy room at the Huntington Library’s Beautiful Science exhibit

This room is a delight!  One of the first things I discovered was a copy of De revolutionibus orbis coelestum by Copernicus.  It’s this work which demoted the Earth from the center of everything to just another planet orbiting the sun.  The book was written in 1566.  It wasn’t popular with the Catholic Church, but that’s another story.  For me, the exciting notation was the mention that this book had been Edwin Hubble’s copy.   Imagine that!

Other areas dealt with Natural History and Medicine.  They were interesting, but not as compelling as the room devoted to Light.  The walls were yellow with bright white lights dangling from the ceiling. 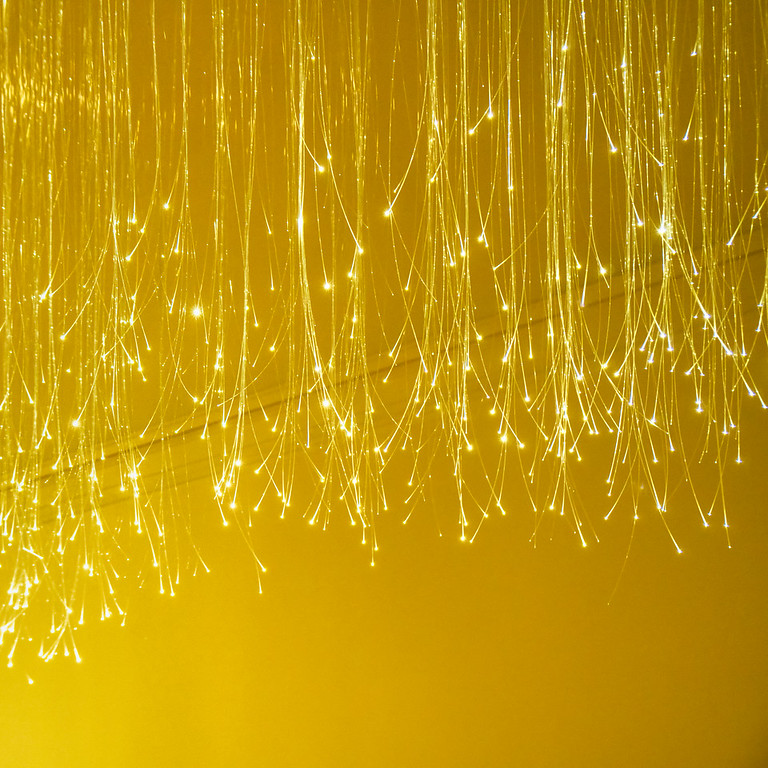 White lights in the Room of Light, The Huntington Library Beautiful Science exhibit

This white light can easily turn into colors using Newton’s rainbow experiment.  You can try it for yourself!  The prism is there waiting for the visitor.

Of course, there were also historical documents in this room; one of them was by Albert Einstein.  On display is the 1905 paper, “Zur Elektrodynamik bewegter Korper,” which means “On the electrodynamics of moving bodies.” 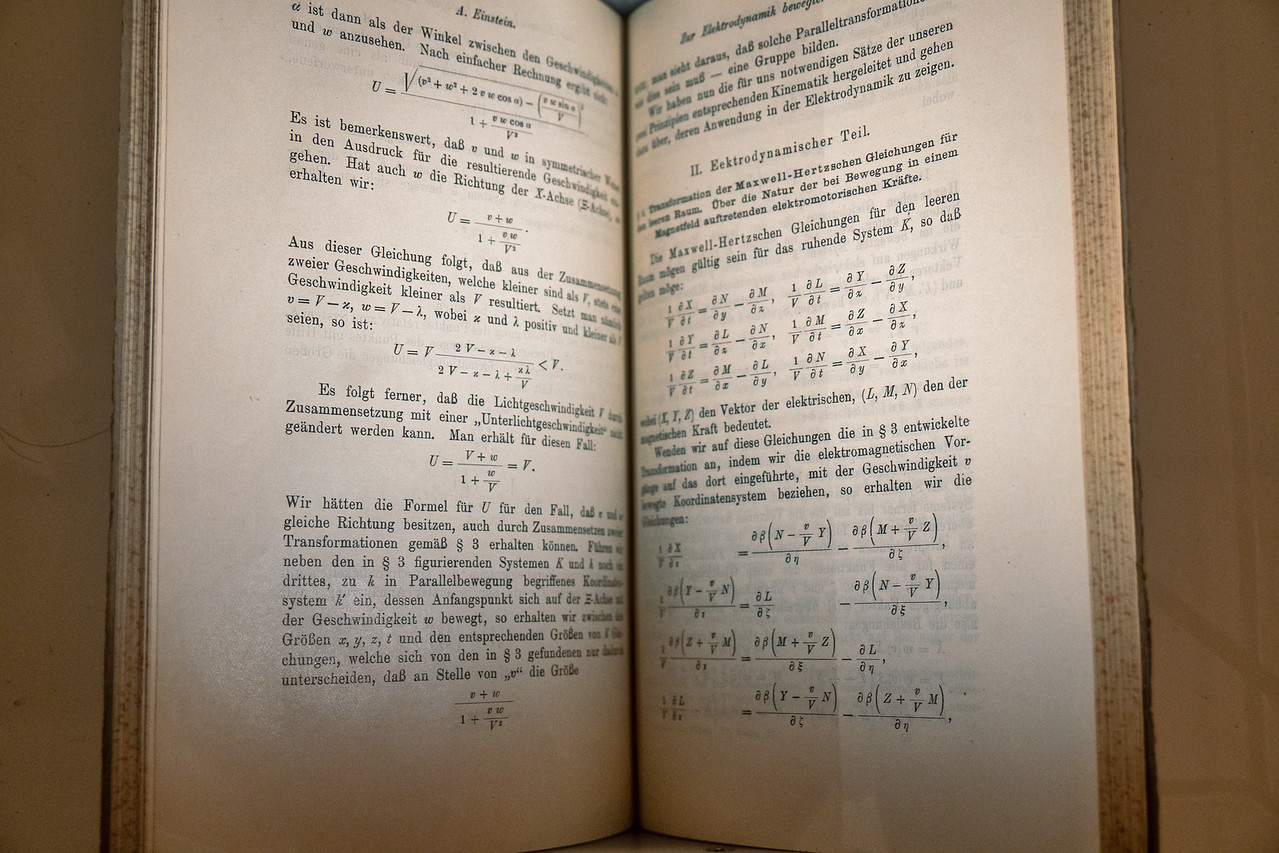 Einstein’s 1905 paper which introduced his theory of special relativity

While this paper isn’t as pretty as the  Ellesmere Chaucer, it had a significant impact on science.  It changed everything.  This work deals with the relationship between space and time.  It established that the speed of light is constant.  It also explains the idea of time dilation.  If one travels away from Earth at the speed of light, people on the ship age more slowly than those on the planet.  I’m sure you’ve heard of this sort of thing.  All these discoveries start with Einstein!

So if you’re in the Pasadena area, stop by the Huntington Library and Gardens.  There are wonders to behold.

To see a few more images from my visit, please click here.