FIDM/Fashion Institute of Design and Merchandising is a school of art and design.  Fortunately for us, this school has a museum, the FIDM Museum and Galleries.  There one can see exhibits featuring fashion and costume.  It’s a great place to visit but especially now when the annual Motion Picture Costume Design exhibit is on display.  Here are five reasons why one doesn’t want to miss it. 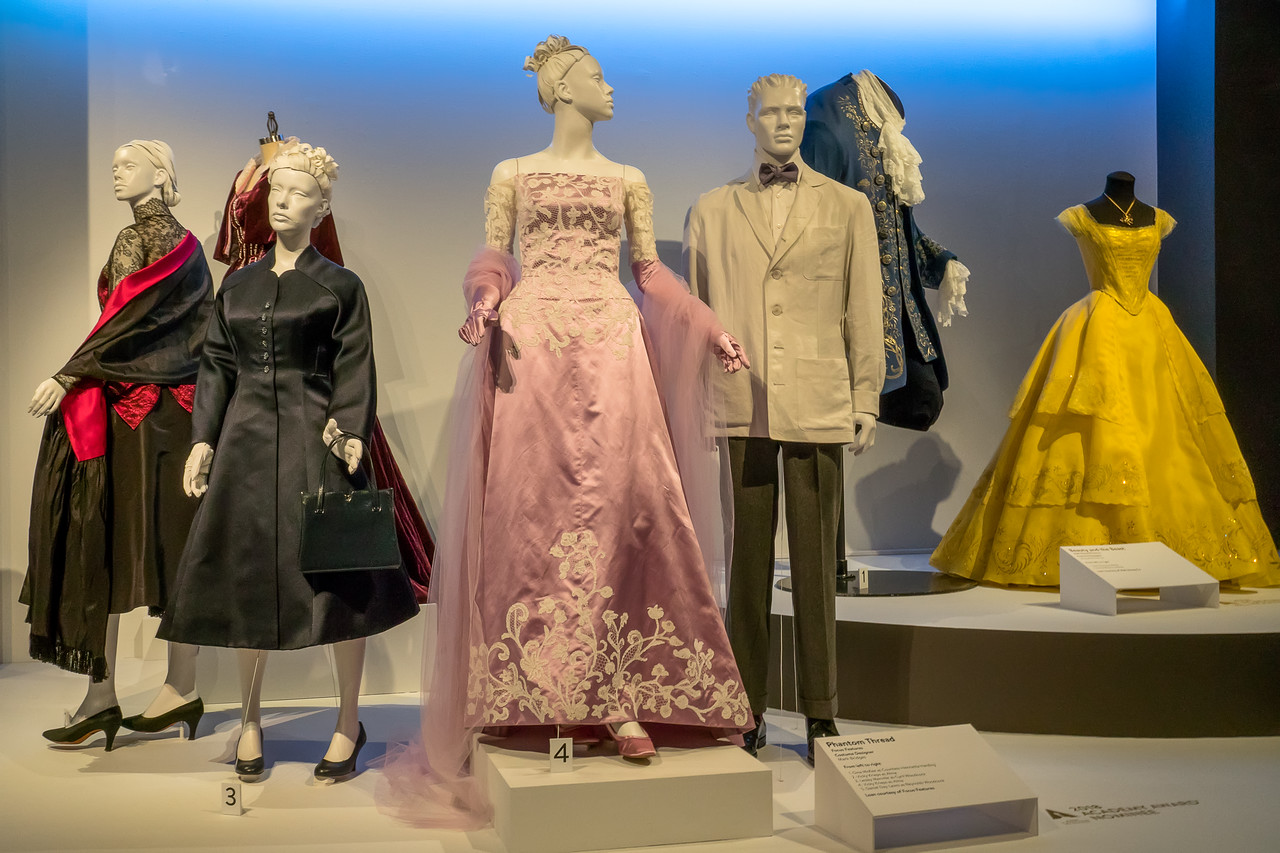 2018 Academy Award Nominee for Costume Design, Mark Bridges. The costumes are for the picture Phantom Thread.

Mark Bridges is just one of five nominations in the Costume Design category.  As you may be able to see on the right of the photo above, Beauty and the Beast designer Jacqueline Durran is also nominated for her work on the Disney film.  If you have any interest in who wins and want to judge for yourself before the envelope is opened on March 4,  you can see the nominated costumes at FIDM. 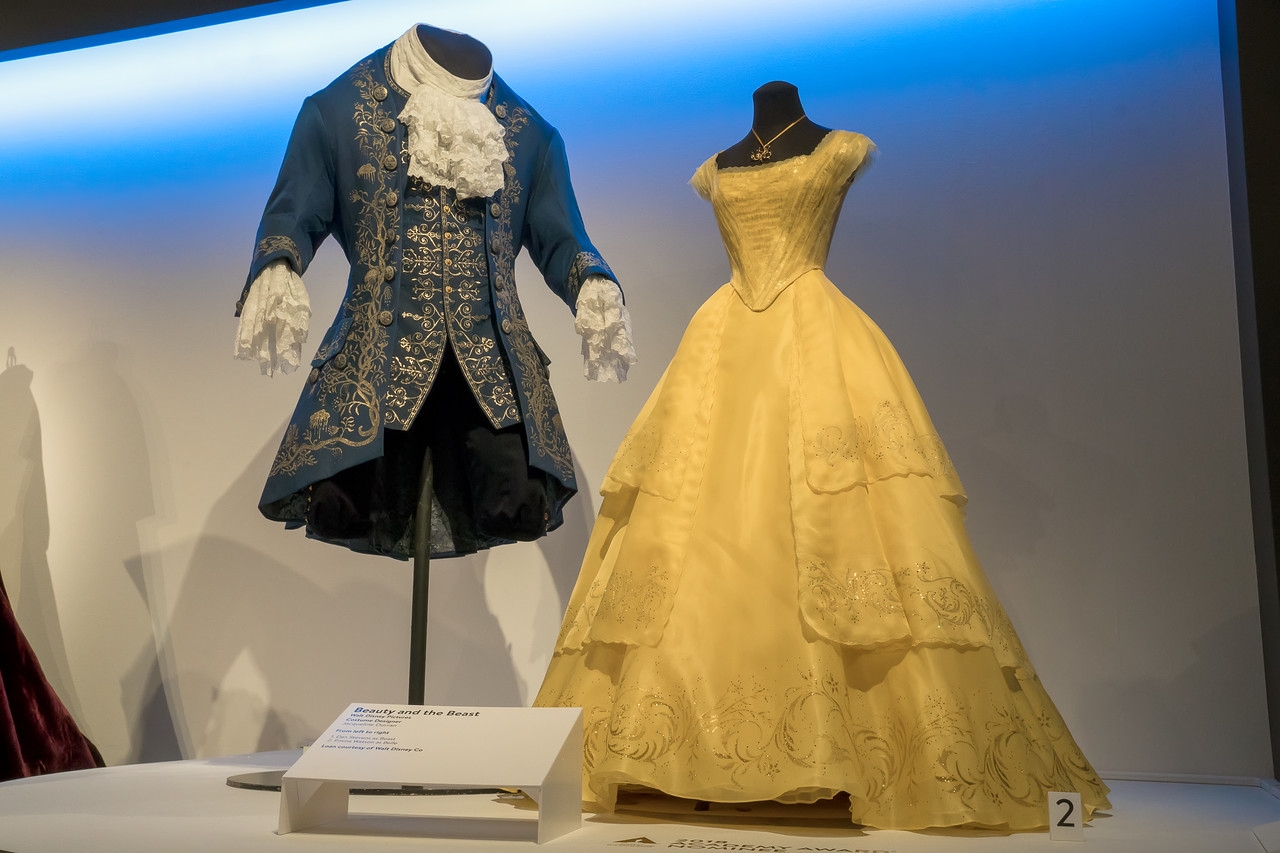 Jacqueline Durran’s costumes for Beauty and the Beast

Emma Watson wore the dress, but the ballroom attire for the beast was computer generated.  Hope this didn’t spoil anything for you.  Actor Dan Stevens waltzed with Miss Watson, but he wasn’t wearing that fabulous blue coat.  Nonetheless, the costume designer had to create it.  All the research and consideration that went into making the yellow dress also was needed for the wardrobe of the Beast.  Only after the designs were made could the CGI work begin in earnest. 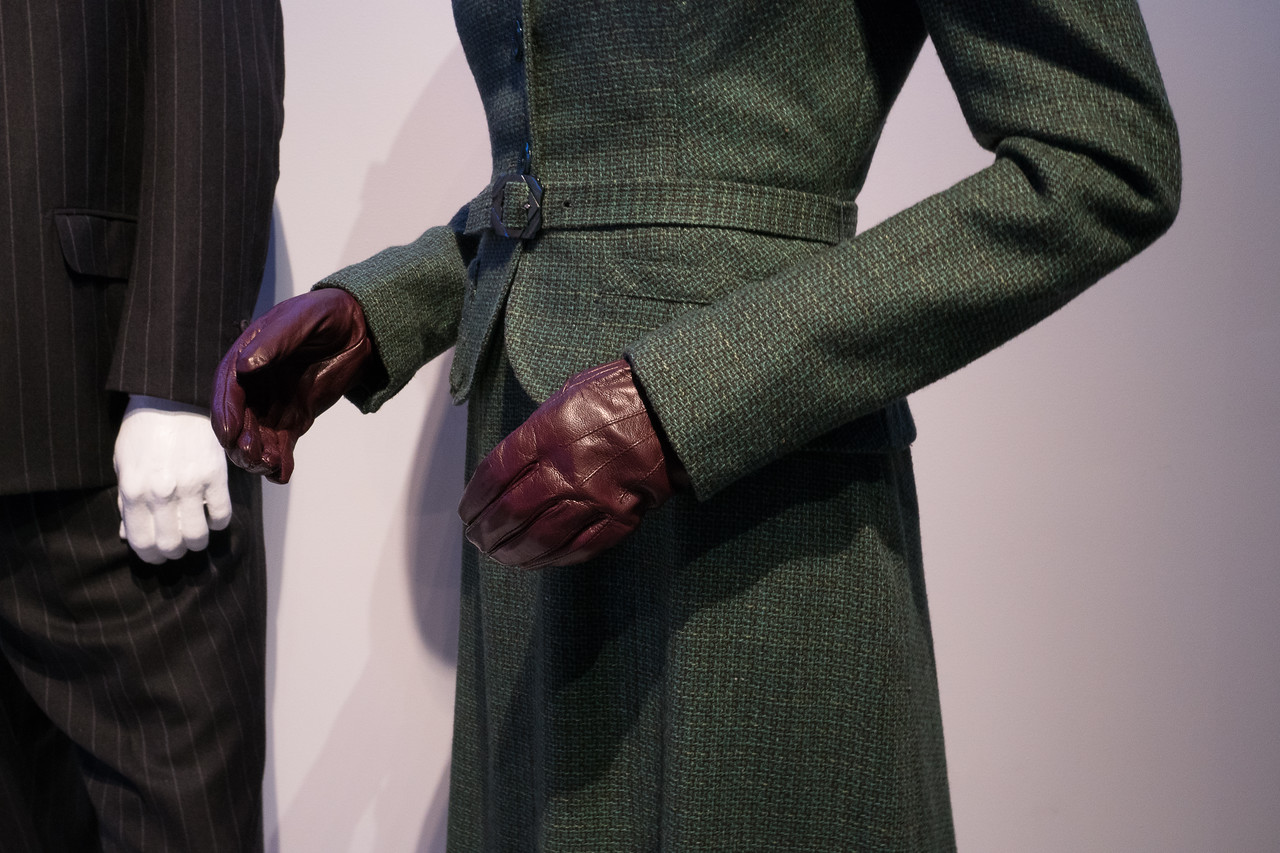 3.  A good look at the details

FIDM Museum’s exhibit is a great place to study the details.  In the photo above you can see the fabric and the stitching.  This kind of information is invaluable for cosplay.  Does the film require it?  Do we notice the design details when we’re caught up in the drama?  That’s why I love to go to FIDM and see how things are made.  It’s fascinating, even if I don’t sew.  What’s more, the costumes are right out in the open.  Yes, they are behind a roped area but they aren’t in glass cases.  I don’t miss those pesky reflections.

4. A touch of Glamour

The FIDM costume exhibit is a fantastic place to go for a glimpse at the costumes worn by some of the industry’s biggest stars.  I tend to look at the dresses and wonder how those women keep those small waistlines. That’s Michelle Pfeiffer’s costume for Mrs. Hubbard on the left. (Ah, envy)  However, perhaps you would be more interested in fantasizing about Johnny Depp.  In the photo above, his costume for the American criminal Ratchett is second from the left.  Kenneth Branagh’s Poirot is in the front as is befitting the star, and the great detective. 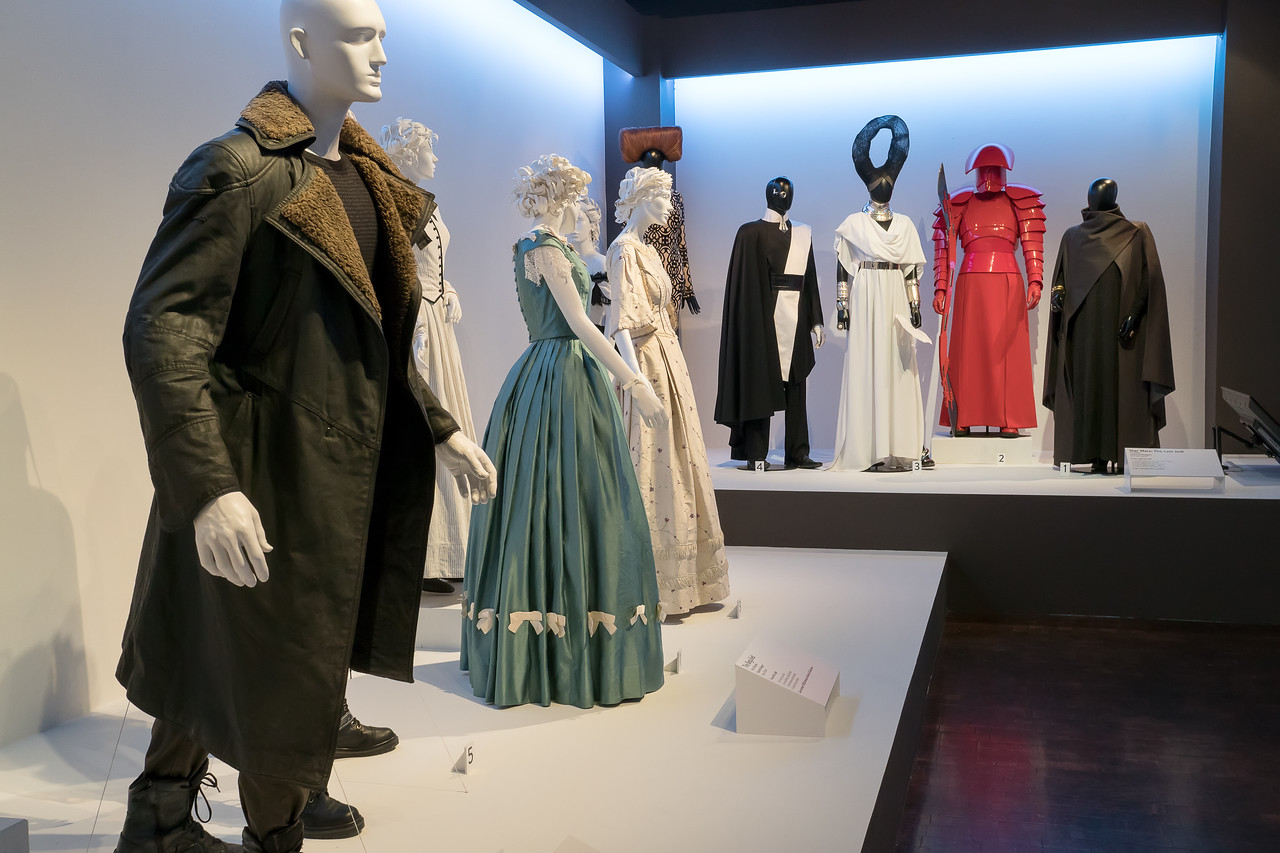 FIDM Gallery with costumes from Blade Runner 2049, The Beguiled, and Star Wars: The Last Jedi

5. The price is right

FIDM is located in downtown Los Angeles, near Grand and Ninth.  Admission to the museum is free.  There is parking under the building.  I usually enter from Ninth, a one-way street.  Check the FIDM website for information.  The Motion Picture Costume Design exhibit will be on display through April 7, 2018.  If you wish to see costumes from your favorite 2017 movies, this is the place to do it.  Photography, obviously, is permitted.  No flash or tripods.

I’ll close with one last photo.  Although I came to see the Star Wars costumes, my daughter was very interested in seeing the Hela costume, with headdress, from Thor: Ragnarok. 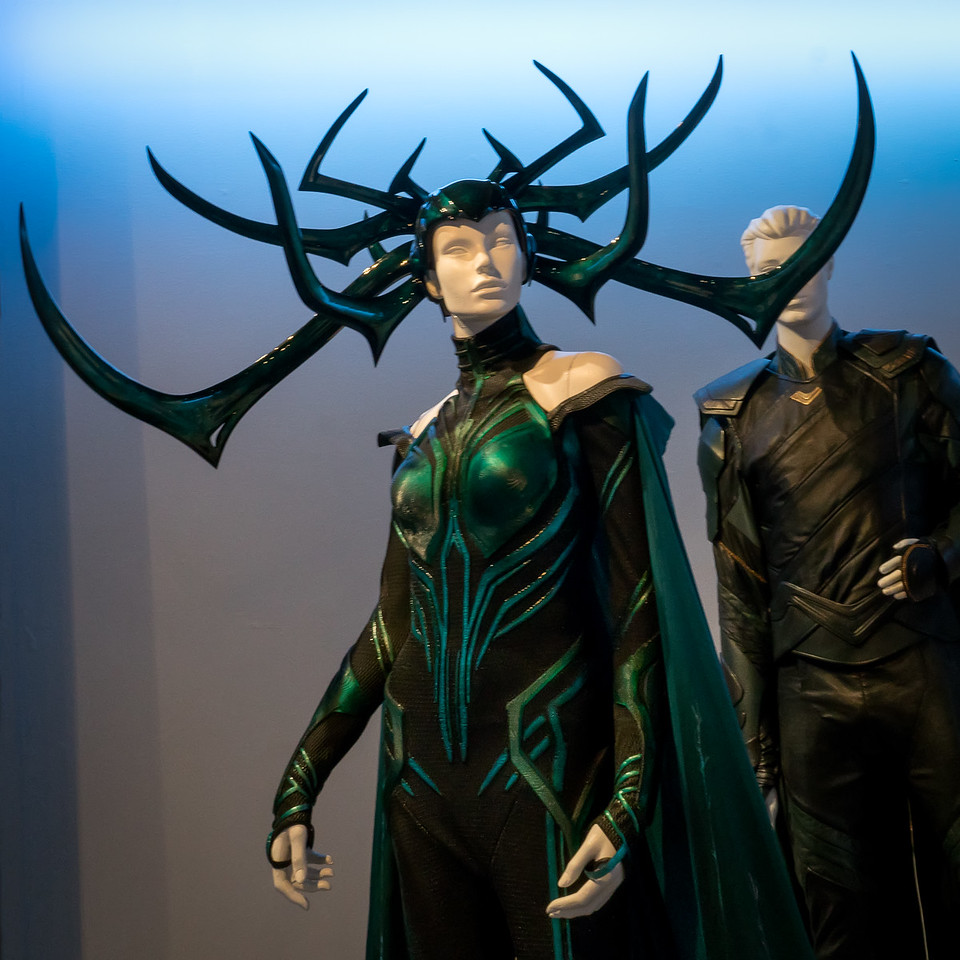 To see additional photos from my visit, please click here.